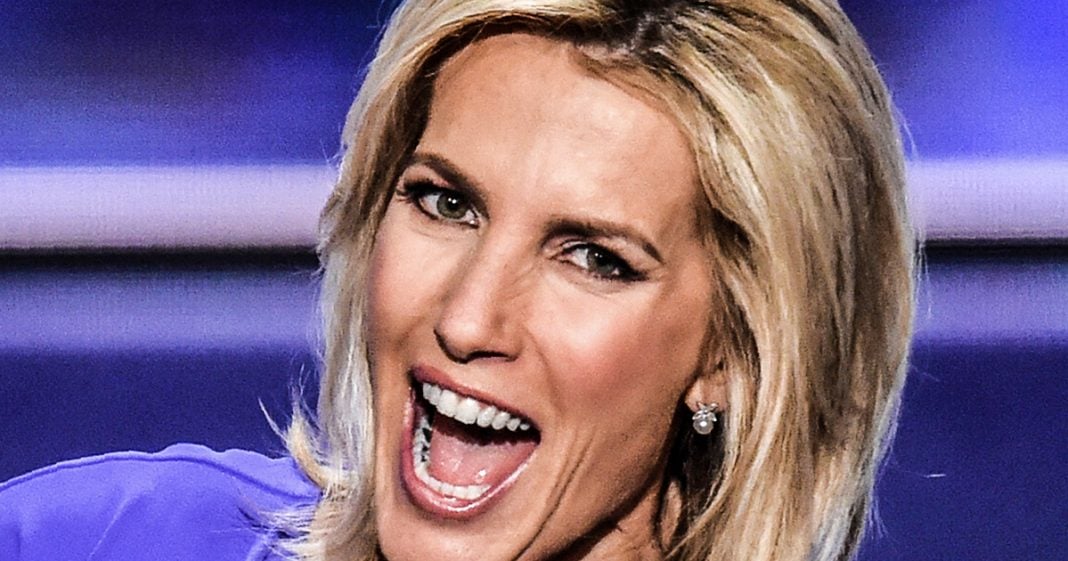 Fox News is doing everything that they can to rationalize the horrendous behavior of the Trump administration, including trying to downplay the horrific conditions at the child detention centers that the administration is using. Fox News host Laura Ingraham tried to convince her audience that these camps are “essentially summer camps” or similar to “boarding schools,” rather than saying that these are really internment camps, which is exactly what they are. Ring of Fire’s Farron Cousins discusses this.

Fox News will stop at nothing to try to normalize the behavior that this administration is engaging in, in terms of locking up immigrant children in these detention facilities. On Monday night, Laura Ingraham decided to take it to the next level. Instead of denying that it was happening, she actually tried to spin it as a positive for these children. Take a look.

Laura Ingraham: Well, consistent with American law, when a party is arrested, your children are either sent to relatives or they become wards of the state. Since more illegal immigrants are rushing the border, more kids are being separated from their parents and temporarily housed in what are essentially summer camps or as the San Diego Union Tribune described them today, as looking like basically boarding schools.

Okay, I’m not sure exactly what kind of summer camps Laura Ingraham attended when she was a child, but what’s happening with these immigrant children is not summer camp. In fact, Amnesty International has described it as torture. What these kids are going through they say violates international laws against torture, both psychological and physical. That’s what’s happening here. To be honest, we need to stop referring to them as detention facilities, or tent cities, or summer camps, or whatever the hell it is. These are internment camps. That’s what’s happening here.

Let’s not forget the fact that Laura Ingraham works for a network that worked tirelessly to push the myth back in the Obama administration in the early days that Barack Obama was creating these FEMA camps to house political prisoners, specifically conservatives. They even showed pictures of these containers at a FEMA facility that they claimed were coffins that Barack Obama was stockpiling so he could house these dead conservatives from his FEMA camps.

Well, guess what, conservatives? We have those camps now, and we’re putting children in there, some of them as young as eight months old. You have the audacity to sit there and say that this is like a summer camp? Have you heard the audio tapes that came out yesterday of the children wailing and screaming and crying, not knowing what’s going to happen in their future, some of the prisoners having to change the diapers of the other prisoners because that’s what they are, all because their parents committed a misdemeanor by crossing the border illegal or by attempting to seek asylum, which is perfectly legal?

You own this, Fox. You helped propel Donald Trump to the White House. You helped push this anti-immigration sentiment on this country. This is your policy. Those are your prisoners in these internment camps. You have to face that. You have to own this. You have to stop trying to quite literally white wash this so that your audience thinks that this is a perfectly acceptable way to treat these children in the United States.

Amnesty International has condemned us. The United Nations Human Rights Council has condemned us here for what we’re doing on our own soil. This is a level of just blatant racism and criminality of racism that we have not seen since the 1940s here in the United States. Trump has brought us back to that and you, Fox News, Laura Ingraham, you’re trying to normalize it, and this is not going to end well for any of you.