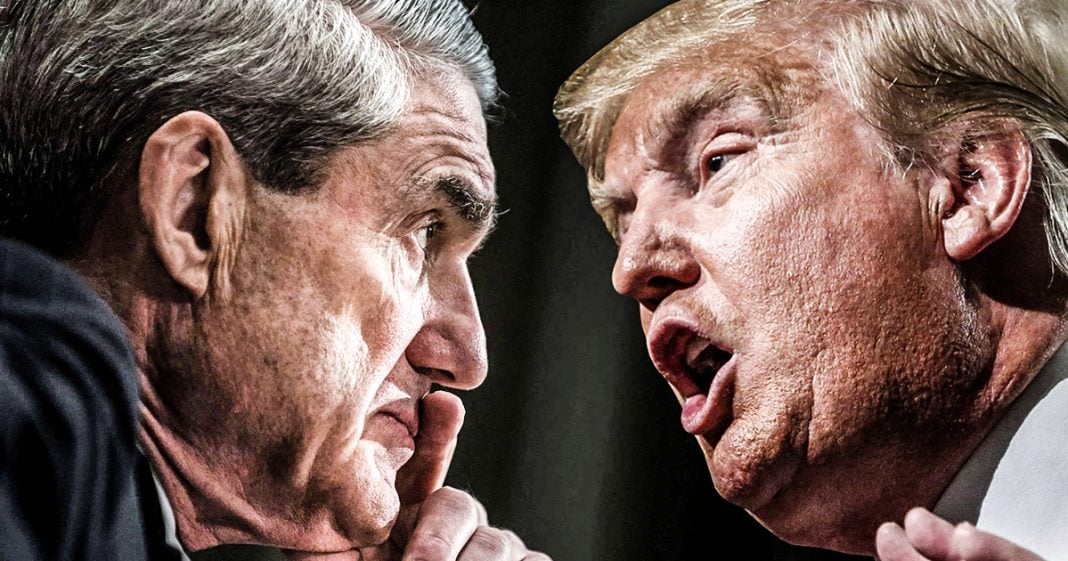 According to Trump allies Newt Gingrich and Rudy Giuliani, the President’s friends are preparing to “go to war” with Robert Mueller and the rest of the Special Prosecutor’s team. They allegedly strategized over the weekend, according to Giuliani, so we’ll see what kind of smears they can launch against the investigation that is inching closer and closer to Trump himself. Ring of Fire’s Farron Cousins discusses this.

On Friday, Paul Manafort the former Campaign Chief of Donald Trump’s 2016 Presidential Campaign went to jail. He went to jail because he violated the terms of his bail for witness tampering so he will be sitting in jail while he awaits trial.

Rick Gates, Mike Flynn both have pleaded guilty to the crimes they’ve been charged with but now that this investigation is really starting to turn up the heat on Donald Trump, himself, all of his little allies both in his administration and in the media and everywhere in between, have decided that they’re going to launch an all out war on Robert Mueller and the entire Special Prosecutor’s Office. This was reported by The Washington Post this past Saturday.

Newt Gingrich confirmed it. Newt Gingrich spoke with The Washington Post where he said, “Yeah, we’re trying to come up with a plan here. We’re going to go out here, we’re going to take this head on.” Rudy Giuliani also backed it up and said he and his allies and Trump, himself, were going to meet this past weekend and strategize on how best to approach this from here.

We’ve seen what Trump, himself, wants to do. He wants to go on Twitter, he wants to use all caps and multiple exclamation points and say, “WITCH HUNT!”, which is absolutely not true because again, if this is a witch hunt then Robert Mueller has found a hell of a lot of witches hiding out in the Trump Campaign and the Trump Administration. They’re still going to do that. They’re going to engage in a new propaganda campaign, this one likely aimed at discrediting Robert Mueller, making it seems like this investigation is biases even though the IG Report from last week said, in fact, that no it is not.

They’ve got nothing left at this point, folks, and that’s why they’re engaging in this new campaign. It’s not just that Manafort went to jail on Friday for witness tampering, it’s not just that the IG Report came out. It’s not just that Michael Cohen lost his legal team and they’ve re-taped together all the documents he tried to destroy. It is all of it together. Donald Trump, his attorney, Giuliani, and all of his good friends in D.C. and in the media, understand that things are getting bad. That things are going to continue to get bad and, at this point, it doesn’t look like there’s ever going to be a time when they actually get good again.

They also understand and I think this is the big underlying factor here, that as long as this investigation continues, as long as Donald Trump’s allies keep going to jail. As long as his close friends keep screwing up in court, it’s going to play very well for Democrats, in November, and it’s going to hurt the Republican Party’s chance of retaining at least the House, possibly even the Senate. So, this isn’t just about trying to protect Donald Trump’s ass, this is about trying to save the entire Republican Party because they let a disgusting creature like Donald Trump take it over.