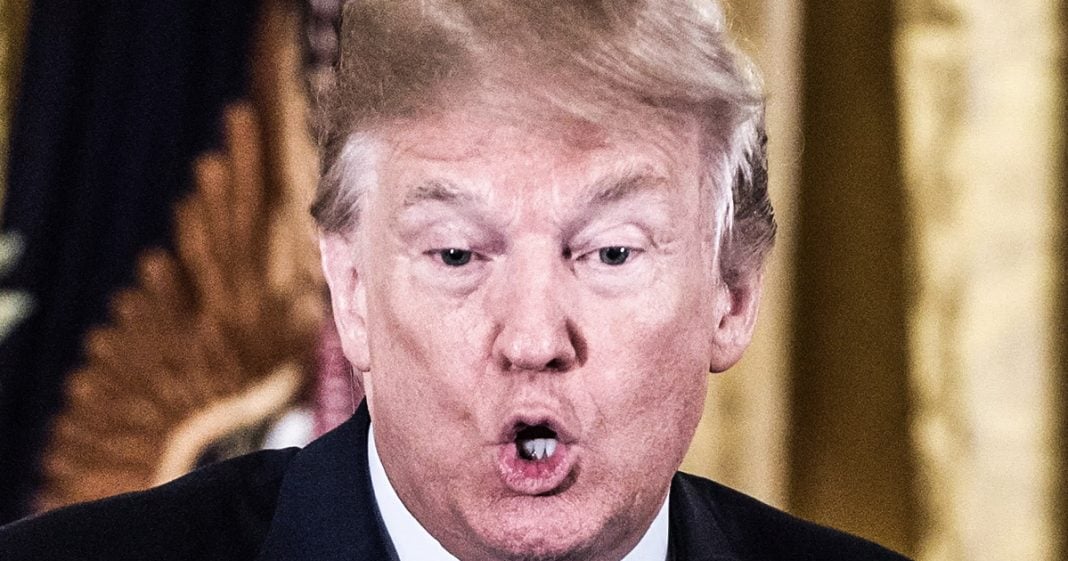 According to scientists, the policies of denial that this administration is engaging in are going to cause coastal cities all around this country to be inundated with water – some could even become completely uninhabitable. Scientists are warning that if we do not take immediate action, there will be nothing standing between these cities and a sudden, rapid sea level rise. Ring of Fire’s Farron Cousins discusses this.

Recent reports have shown that the melting of ice in Antarctica has accelerated in just the last five years, at a rate that scientists did not think it would hit probably for decades, possibly even for a century. Instead we’ve already hit it. Now, these scientists are warning us that disaster is imminent here in the United States and it’s being made worse, we’re basically guaranteeing ourselves a disaster, because of the policies of Trump and the Republicans that are currently running this country.

They’re warning us that coastal cities all around the United States, anywhere where there’s water going up against land, guess what? You’re at a major risk of absolutely losing those cities. Not just seeing some water washing up, I’m talking about uninhabitable land in the United States and all over the world really, but specifically they’re warning here about the US, because we’re one of the few countries that just seems to be completely ass backwards on the issue of climate change.

We actually have a President in the White House right now who at one point in his life, just a couple of years ago, said that climate change was a hoax being perpetrated by the Chinese. We have sitting senators and members of the House of Representatives, who, even though they have seen all of the science, or at least it’s available to them, still say that it’s not real. Or, if it is real, don’t worry, God will protect us. Or, if it is real, well that’s great because we’re going to open up all these new shipping lanes in the Arctic.

Antarctica is melting, one trillion tons of ice lost, melted back into the ocean since 2012. All that ice goes somewhere, right? I mean, when you drop ice into a cup, the water rises. It’s no different when we’re talking about the oceans. Sea level rise is going to decimate cities all across the planet, and the United States happens to be one of the few countries out there that wants to dig in the sand, bury our heads in it, and pretend that it doesn’t exist.

Now that is the official policy of both the Trump administration, the EPA, and the entire Republican party. Scientists are out there warning us on a daily basis, including this latest report, that our coastal cities are about to die. They’re about to drown. They will be uninhabitable, and guess what? There’s no coming back from that. All because we refuse to take part with the rest of the world in things like the Paris Climate Accord. You know, setting renewal energy standard goals, working on renewable energy or, excuse me, non fossil fuel cars. I mean, hell, the EPA just said we’re going to lower the miles per gallon required on cars, so you can go back to driving those big gas guzzling SUVs. We’re literally moving backwards on the issue, while the rest of the world moves forward, but it’s not enough.

The Republicans have screwed this country. Yes, and it was Republicans. Go back and take a look at which side everybody’s been on on the issue of climate change and you’re going to find a very clear divide amongst the two parties. Republicans have doomed coastal cities here in the United States, and I hope that every single person living in one of those coastal cities, or within 50 miles of it, which actually happens to be the majority of the US population, I hope you remember that when you go to the polls this November and every time you go to the polls. One party consistently sided with the fossil fuel companies to bury climate science, to pretend that it’s not real, and to doom these cities. While another party, though not perfect on the issue, at least try to do a little something about it.