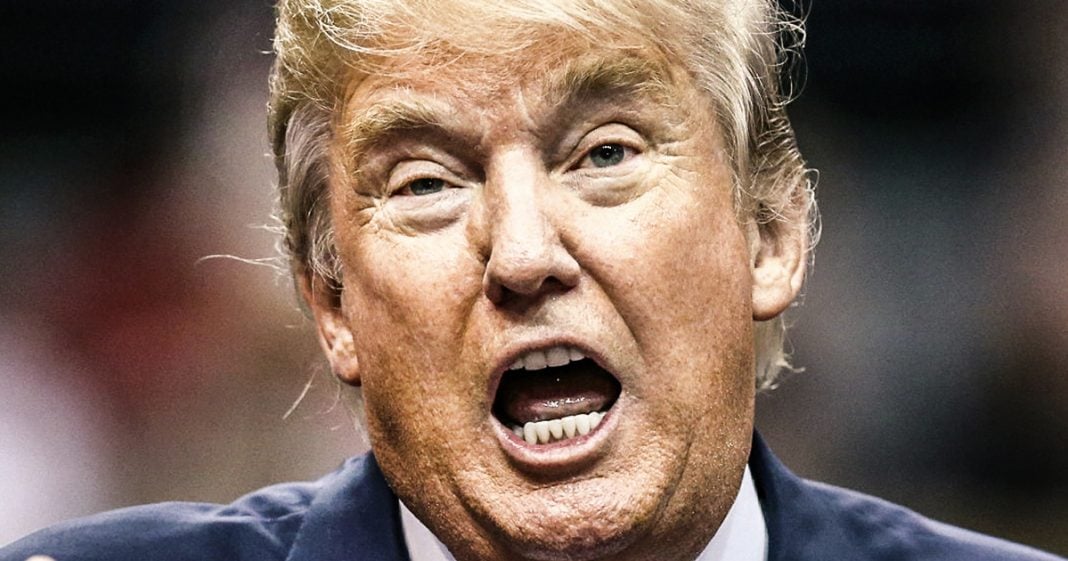 Following his meeting with a dictator, Donald Trump took to Twitter to declare that the media is the greatest threat to American democracy. WRONG, Donald. YOU are the biggest threat to our democracy, and you are doing everything you can to emulate those dictators who you seem to love so much. Ring of Fire’s Farron Cousins discusses this.

If you’re one of those people who’s still out there saying that Donald Trump did a good thing by meeting with North Korean dictator Kim Jong-un, then I have something for you to consider. After spending what, roughly a day with this dictator who controls everything in his country including the media, Donald Trump tweeted out that, “The media here in the United States is actually the biggest threat to our democracy.” Less than 24 hours spent with a dictator and Donald Trump immediately comes home and starts talking like one. I don’t think that’s a coincidence, even though yeah, Donald Trump has been attacking the media since day one, but to call them, “The greatest threat to democracy” is a step up that even Donald Trump hadn’t taken before. Here’s the tweet in which Donald Trump officially announced the media’s the biggest threat to our country. “So funny to watch the fake news, especially NBC and CNN. They’re fighting hard to downplay the deal with North Korea. 500 days ago they would’ve begged for this deal. Looked like war would break out. Our country’s biggest enemy is the fake news so easily promulgated by fools.”

See, 500 days ago they would’ve begged for some kind of summit. Why? Because you were threatening war with them, nuclear war. You, Donald Trump, created the crisis and then you pretended to solve it. You made all this up in your own head. So why in the world is anybody out there saying that, “Oh, he did a good thing. Nuclear war’s always bad.” It is always bad. You’d have to be a complete idiot to not think that, okay? But he created the problem, then he offers a bandaid solution, so I don’t think he deserves any credit for anything. On top of the fact that he’s coming back here blatantly shitting on the First Amendment telling us that the press is the biggest threat to American democracy. No. The biggest threat to American democracy is sitting in the White House right now. The biggest threat to American democracy is Donald Trump and what he is doing to this country. Lavishing praise on dictators, alienating our allies and attacking them on Twitter, getting condemned by a unanimous vote by the Canadian Parliament who are supposed to be our closest allies, and holding hands, embracing, saluting a brutal dictator and his regime.

I’m sorry. But Donald Trump wants to be a dictator. This meeting with Kim Jong-un was absolutely a farce. Nothing will come of it. Nothing will benefit the United States. North Korea’s not going to denuclearize because they didn’t in the 10 other agreements they made in the past to do that. Trump created the crisis, he offered a bandaid for it, and now he’s out there trying to take away our constitutional rights. Anyone praising anything that this man does, says, or is, is an absolute fraud.