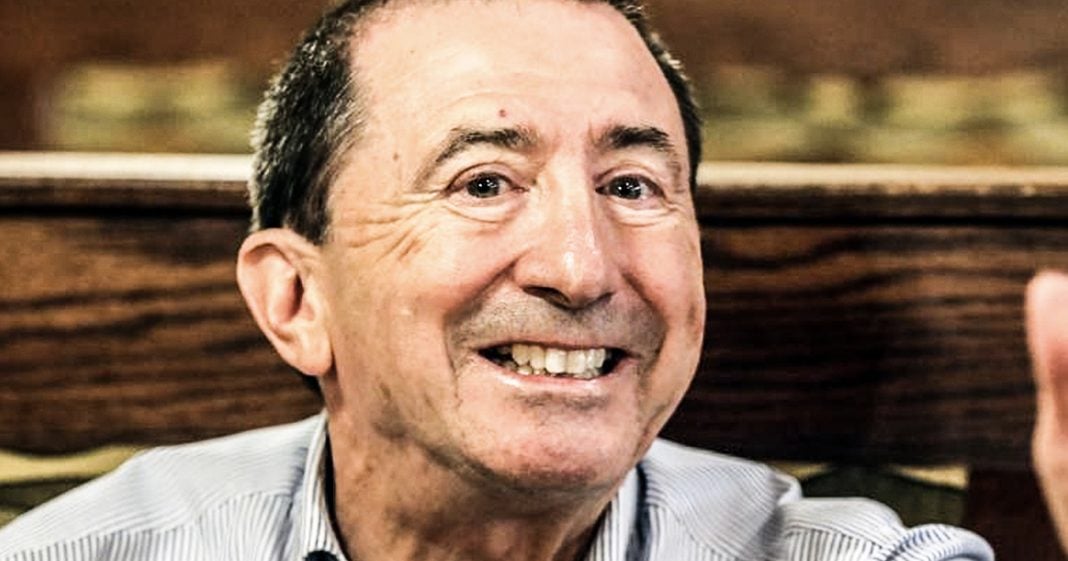 A Republican candidate for the US House of Representatives from New Jersey has been busted in a new video calling diversity a “bunch of crap” and saying that the idea of a diverse society is “un-American.” The candidate, Seth Grossman, apparently doesn’t know much about world history, because the original inhabitants of this country weren’t exactly the white Anglo Saxons that Grossman seems to think they were. Ring of Fire’s Farron Cousins discusses this.

Seth Grossman, a New Jersey candidate for the U.S. House of Representatives for Jersey’s second Congressional district. A video recently emerged of this guy from an event, back in April, I believe, of GOP candidates for office. And Grossman decided to actually live up to his last name and be one of the grossest people you could imagine. Take a look at what this man had to say about diversity in the United States and the Republican Party.

Seth Grossman:
I guess the irony of it is my view of the best way to bring diversity to the Republican Party is for Republicans to boldly say that the whole idea of diversity is a bunch of crap and un-American, because when you think about it, this country was found on the idea that we hold these truths to be self-evident, that we were all created equal, endowed by our creator with certain unalienable rights, among them are life, liberty, and the pursuit of happiness. The constitution is designed to incorporate that idea of the Declaration of Independence, that everybody is created equally under the law.

Now, what diversity has become, it’s been an excuse by Democrats, communists and socialists, basically, to say that we’re not all created equal, that some people, if somebody is lesser-qualified, they will get a job anyway or they’ll get into college anyway because of the tribe that they’re with.

Diversity, diverse viewpoints, different human beings who don’t look exactly like you, that is a liberal plot to help ruin the country here in the United States. These are the kinds of people that have decided that it’s okay to crawl out from under their rocks now that we have Donald Trump as the President of the United States, a guy that has, with open arms, embraced the hate-filled alt-right where they believe that white people are better than everybody else.

And so we end up with people like Seth Grossman running for office thinking that they can say these horrid things that have no basis whatsoever in reality. All the crap he’s talking about with affirmative action and all that, that is a Republican lie that has been going around for decades. It’s not based in reality. It’s based in Republican talking points as a way to kind of hide their disdain for non-white people.

That’s what they use it for, but at the heart of it, they just don’t like people who don’t look like them. And I hope the voters in New Jersey are smart enough to not send this man to the U.S. House of Representatives because we already have enough stupid people in that chamber and we don’t need another one to add to the level of stupidity and to the level of hate.