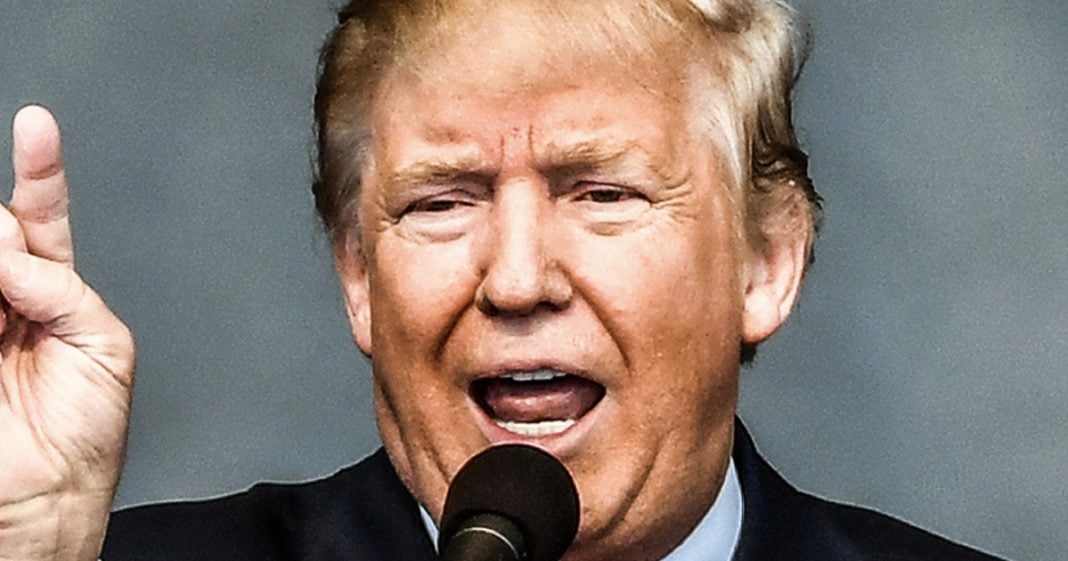 The United States continues to hit new lows everyday on the issue of immigration and basic human rights. This week we learned that the Trump administration is actively trying to create what they’re calling “tent cities” to house undocumented children – children that this administration has ripped away from their parents. Ring of Fire’s Farron Cousins explains how this is a problem that is only going to escalate until someone intervenes.

Donald Trump has come up with a new plan to house all of the immigrant children that he has separating from their parents here in the United States. And that plan apparently involves creating what they are calling tent cities over in the state of Texas. But, more accurately these things are basically little concentration camps to hold migrant children.

Department of Health and Human Services recently visited Fort Bliss near El Paso in Texas, where they kinda scouted out about a thousand or so acres that they believe is gonna be perfect for their little mini-immigrant concentration camp. They’re hoping to house about 5,000 out of the more than 11,000 children that they are currently holding in this particular camp. The Trump administration is right on board. They think this is a phenomenal idea and hey, just maybe, we won’t see these pictures of kids in cages going around on social media anymore.

Here’s the reality of what’s actually happening. We found out Wednesday morning that several different detention facilities, is what they’re referring to them as, that are currently holding some of these migrant children, have over 150 different violations for basic human rights and health and safety for these children and the conditions that they’re currently being held. If they move them over to these little tent cities, they’re gonna be able to kinda skirt regulations. It’s gonna be a temporary facility that will not have to meet the same standards as a permanent facility. So they can get away with all kinds of abuses that we already know, according to Freedom of Information Act requests, have been going on against these children since at least 2009. This includes sexual abuse, physical abuse, using tasers on these children, all so that they can make a point and send message to the rest of the world that The United States has officially become some kind of banana republic.

Reports are showing that it’s actually more expensive for The United States to separate children from their families than it is to keep them together. More importantly, there is absolutely no reason whatsoever why this is justified. There is no conceivable reason to strip these children away from their families, away from their parents whatsoever. All this is going to do is actually create a new generation of people who hate The United States. Much like what happened with the US when we helped bolster Al Qaeda and bolster ISIS. We’re bolstering these children so that they hate this country because of how they were treated when they were three, or four, or five years old, or maybe in their teens. We’re indoctrinating them by teaching them that The United States is inhumane, inhospitable, and that we hate them, because that is the official policy of this administration, to hate them. To punish them for no reason whatsoever.

Some people could argue, “Oh, well they broke the law. They deserve to be punished.” It’s a misdemeanor. Crossing the border illegally into the United States is a misdemeanor. The same as being drunk in public. And yet, we’re treating them like they all just committed a genocide, by locking them up in these camps. They’re going to hate this country. And unlike Al Qaeda and ISIS, who hate the United States but luckily we got an ocean in between us and a couple other continents as well, these people are gonna be right across our border. They’re gonna hate us because of what we did to them. Because of what this administration is doing to them every day.

A lot of these kids will never see their parents again. They’ll never know what happened to them. That’s not gonna work out very well for US national security, which is what the Trump Administration claims they’re immigration policies are all about. We’re creating a new generation of anti-Americans right across our own border. We have nobody to blame but ourselves.