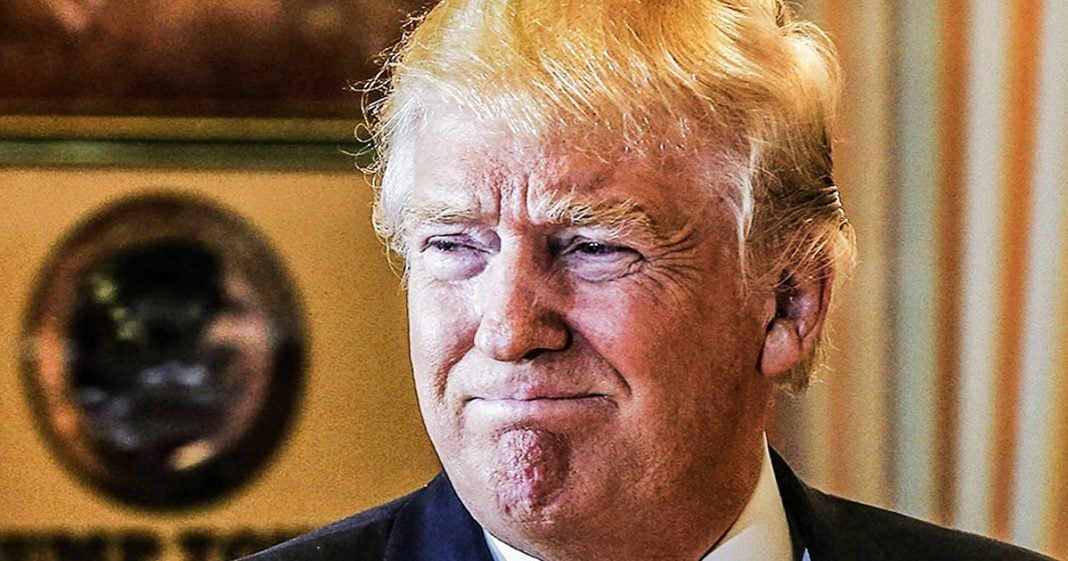 In a move that would make any dictator throughout history cringe, the Trump Administration has been using an employee from the State Department to quietly assess the loyalty of staffers within the government. Trump wants to make sure that anyone working in the government is loyal to him and him alone, which is not at all how this country is supposed to operate. Ring of Fire’s Farron Cousins discusses this.

Maury Stoll, a Senior Advisor at the US State Department, for the last few months has been going around and basically conducting audits with employees of the Trump administration to find out where their loyalties lie.

You see, Donald Trump wants to make sure that everybody in his administration, regardless of the department, every employee has to be loyal to him. He’s had Maury Stoll go around and not just ask them questions, but she has actually been digging through these people’s social media posts, their Facebook posts, their tweets, everything like that, to find any kind of anti Trump material that these people may have created or shared or liked or even commented on. She is going through their own personal histories to make sure that they’re not the kind of person that could eventually turn on Donald Trump, or even worse, may not agree with his policies at all.

We’re in a dictatorship folks. There is no longer any way around that. With the republicans controlling all three branches of the federal government and Donald Trump doing whatever the hell he wants, regardless of whether or not it’s legal or ethical, we’re in a dictatorship. We have nobody to put a single check on the president of the United States. The few times a couple of republicans have tried, along with most of the democrats, they’ve been met by resistance by other republicans. So yeah, this is a dictatorship.

Donald Trump already checks off seven out of the 10 boxes necessary for a country to be a dictatorship. We check off all 14 tenants of fascism at this point, and now this? Here’s the thing. Employees of the federal government, it is not their job to be loyal to the president of the United States. Their job is to be loyal to the United States regardless of who is sitting in that oval office today, but that is not what Donald Trump wants.

What Miss Stoll here is doing might not be illegal, but it is certainly a very clear warning sign. The United States as we know it right now has died. The country that we thought we had doesn’t exist, and maybe it never did, but we do know that at least any kind of semblance of this being a genuine republic, a democracy, is absolutely dead. Donald Trump is the one who killed it, along with the help from all those republicans in DC who are either too stupid or too spineless to stand up to him.