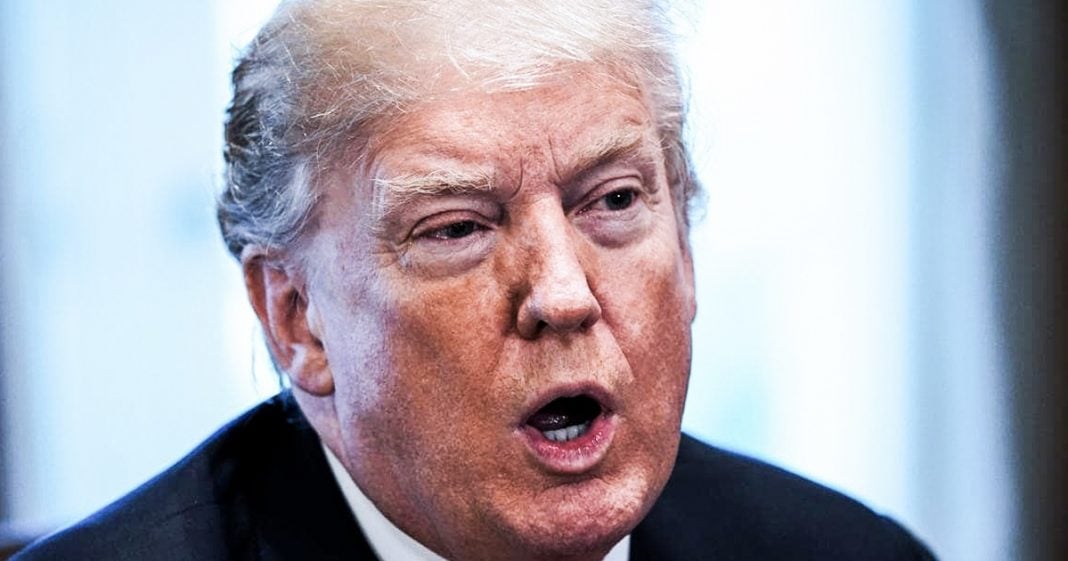 The long-awaited report from the Inspector General at the Department of Justice has finally been released, and Trump remained virtually silent about the issue – until he saw Fox & Friends talking about it Friday morning. But Trump may want to take the time to actually read the report, because it blows up every single talking point that he has used to delegitimize the Mueller investigation and to attack Hillary Clinton. Ring of Fire’s Farron Cousins discusses this.

On Thursday of this week, after months of waiting for it, the Inspector General of the Department of Justice released his report on the potential wrongdoing of FBI agents and their handling of the Hillary Clinton debacle and of their basically motivations, I guess, for starting the entire probe into the Trump administration, Trump campaign for potential collusion with other countries. Guess what, ladies and gentlemen? They managed to debunk every single talking point Donald Trump has had about this investigation and about Hillary Clinton herself.

Here are just a few of the key findings in this IG report. This came from Cody Fenwick at AlterNet.

First and foremost, Clinton was rightfully exonerated in the email probe. They determined that everything was done correctly. Comey may have acted inappropriately by announcing prior to October this was the first announcement where he said, “We’re not going to be pressing charges.” They weren’t happy that he just went out and announced that. They said it was inappropriate. It was not illegal. It was not completely out of the realm of possibility. They just weren’t completely happy with it.

Number two. Comey’s decision to criticize Clinton in her July press conference was unjustified. That ties into that, too. Comey was unjustified in going out there and criticizing her. Comey’s decision to reveal that the email probe had reopened was similarly an error in judgment. So, when he came out in October and effectively helped tank Hillary Clinton’s campaign in the last few days of the campaign, FBI also wasn’t happy with that.

Now, we do have the two agents. A couple of points on these. Peter Strzok and Lisa Page sending text messages back and forth to one another. One of them, Lisa asked Peter, “Are we going to let Trump be president? There’s no way, right? Right?” To which Peter responds, “No, no, no. We’re going to take care of that. We’re going to make sure it doesn’t happen.” I forget exactly what he says. But either way, it did not influence this election or, excuse me, the investigation, in one way or another. That’s actually what the Inspector General found. Yeah. This guy and this woman may have had their political preferences, but we cannot find any evidence anywhere that these actually infected the investigation or swayed their decision to continue the investigation. In fact, these two people were also very aggressive in their investigation against Hillary Clinton. Aggressive was the word they used.

More importantly, that witch hunt. Every now and then, Donald Trump still likes to just tweet out the words, “Witch hunt,” with about 18 exclamation points. Yeah, it turns out no. The investigation was fully justified, was not politically motivated, and it is something that needs to continue. Every single talking point that Donald Trump has thrown out about this investigation or Hillary Clinton has been an absolute lie.

At this point, now that Trump’s own administration has admitted that in this IG report, can we stop with the naysayers who say that this investigation is bogus, or it’s a hoax, a witch hunt, and it needs to end? Can we all agree to just let it run its course, and if Trump is not guilty of anything, he’s not going to face any consequences, right? I mean, that’s how investigations work. If you didn’t do anything illegal, it might be annoying, but you certainly don’t have to worry about going to jail. If that’s the case, if Trump is telling the truth for once in that regard, then I’d say he’s got nothing to worry about. As for everybody else, let the investigation finish. Once we get the results, then we can determine a course of action or we can put the entire thing to rest.