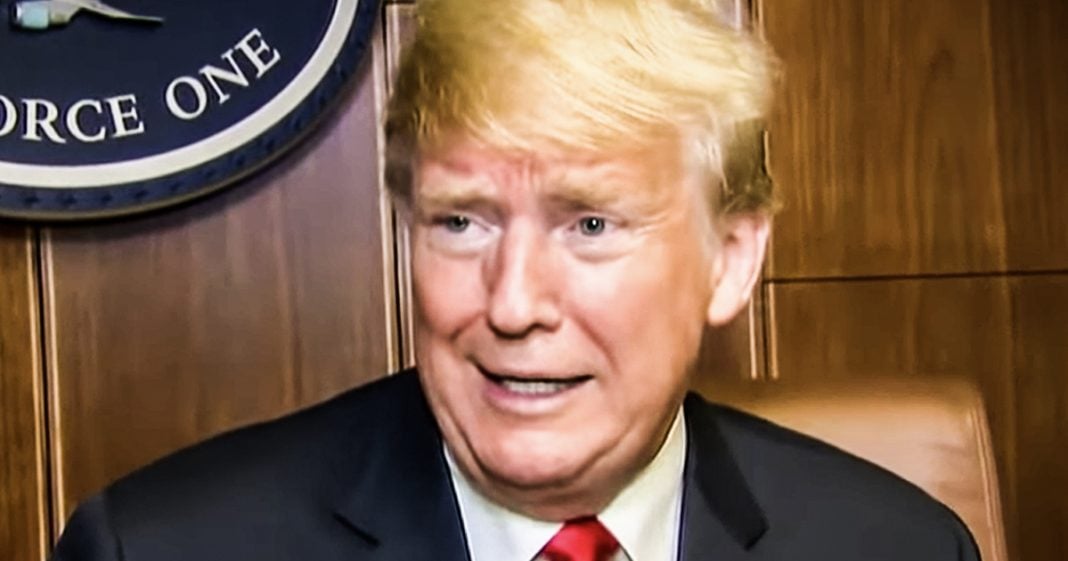 During a recent interview with Fox News host Bret Baier, Baier reminded Donald Trump that Kim Jong-un has absolutely murdered countless North Koreans. Without even thinking about it, Trump responded by saying that Kim is a “tough guy” and that it was remarkable that he was able to take over as dictator at such a young age. Ring of Fire’s Farron Cousins discusses this.

Speaker 1:
Fox News host, Bret Baier, was able to sit down with President Donald Trump recently and talk about his meeting with North Korean dictator, Kim Jong Un. We all know going into this meeting that Trump had said, and the White House had said, that human rights talks were off the table. They weren’t going to address all the atrocities that Jong Un had committed against his own people. But Bret Baier actually wanted to know a little bit about that, so he did the right thing by asking Donald Trump about this atrocities committed by Kim Jong Un, and this is what Trump had to say to that question.

Bret Baier:
You know you were asked in the press conference a number of different times, in different ways, about human rights and that you called this relationship really good and that he was a very talented person. You call people sometimes killers, he is a killer. I mean, he’s clearly executing people.

Donald Trump:
He’s a tough guy. Hey, when you take over a country, tough country with tough people, and you take it over from your father, I don’t care who you are, what you are, how much of an advantage you have, if you can do that at 27 years old. I mean, that’s one in 10,000 that could do that. So he’s a very smart guy. He’s a great negotiator. But I think we understand each other.

Speaker 1:
So the Fox News host, Bret Baier, comes out and outright says, “Kim Jong Un is a killer”. And Trump’s immediate response there is, “He’s a tough guy, and he took over a country at 27. Only one in 10,000 people could probably do that.” First and foremost, there is a big difference between being a tough guy and being a murdering psychopath. I think Donald Trump needs to understand the difference there. And secondly, and this is a much more minor point, but one in 10,000, that’s not rare. I mean, that’s actually pretty common, one in 10,000. That would make countless people from every city just here in the United States fitting that criteria. So I know you were trying to give him a compliment, but that was really more of an insult. But you did go on to actually compliment him tremendously there, “He’s super smart, he’s a tough guy, he’s just great”. This man is a murderer.

Anyone out there praising him, or anyone who praises any dictators past or present, including people who did it in the past or present, are in the wrong here. The human rights violations of North Korea cannot be ignored because if we pretend that Kim Jong Un is going to denuclearize, that he’s going to start treating the rest of the world well, then we have to pretend like he’s not out there killing his own people. Because if he was going to do something good, don’t you think maybe he’d start at home? Don’t you think maybe he would be taking care of his own people instead of slaughtering them? No. I don’t believe for a second Kim Jong Un is going to denuclearize. I would love him to. I would love every country on this planet to de-nuke, but it’s not going to happen. And we know that because of what he does to his people there at home. That’s not being a tough guy as Donald Trump wants to praise him for being, that’s being a psychopath.