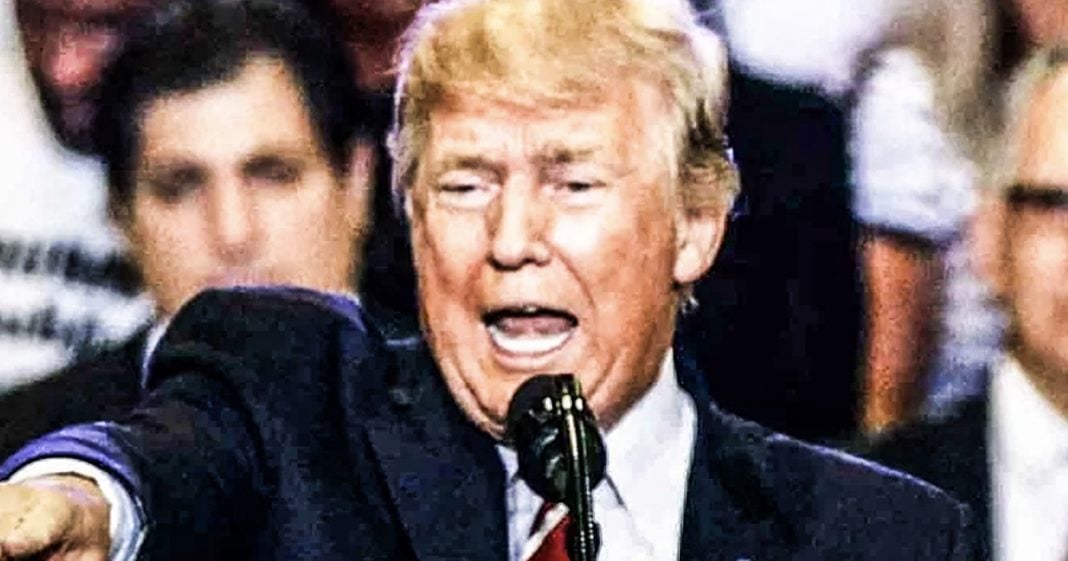 The Canadian Parliament voted unanimously to condemn Donald Trump for the comments that he made about Canadian Prime Minister Justin Trudeau, a remarkable feat for a sitting US president. Trump is alienating our allies and embracing our enemies in a way that should earn him scorn, not praise. Ring of Fire’s Farron Cousins discusses this.

The entire country of Canada is currently angry with Donald Trump for his attacks on Prime Minister Justin Trudeau. Earlier this week after the G7 summit, the Canadian House of Commons voted unanimously to condemn Donald Trump for the comments he made about Trudeau. Here are the comments that Donald Trump made. This is from a Tweet. It is: “PM Justin Trudeau of Canada acted so meek and mild during our G7 meetings only to give a news conference after I left saying that, ‘US Tariffs were kind of insulting’ and he ‘will not be pushed around.’ Very dishonest and weak. Our tariffs are in response to his 270% on dairy!”

Now, Canada, for the record, actually produces most of their own dairy in their country. So even if they have a 270% tariff on United States dairy, it’s not like we rely on them really any way whatsoever for dairy sales. U.S. dairy farmers do very well here in the United States anyway. But nonetheless, Trump went out there, attacked them as mild, meek, weak, and dishonest. Not exactly something you should be saying about our closest, both figuratively and literally, ally, especially not when they’re meeting with other world leaders in meetings that you decided to skip out on.

Never in my lifetime, at least that I’m aware of, have I ever seen the Canadian government have to unanimously come together to condemn the words and actions of the United States President. Keep in mind, this comes at the same time as Donald Trump is receiving relentless praise from everybody including some of those on the Left for some reason for his alleged wonderful deal-making and negotiating and diplomacy with North Korea.

First and foremost, Trump is trying to get sanctions lifted in North Korea or at least lay the groundwork to do that so he can swoop in, buy up a bunch of real estate, and build a bunch of hotels. You think anything other than that? You’re lying to yourself. Secondly, Trump can’t even be friends with people that were friends with. So why in God’s name would you think that this man could pull off any kind of negotiation with the North Korean dictator who’s killed countless scores of his own people and killed many Americans as well that they have taken prisoner.

I am tired of hearing that Trump did something good in North Korea. He didn’t. Point to me one thing that man did over there that’s actually going to make a difference. Oh, he got them to pledge to consider denuclearizing, just like they’ve done more than a dozen times in the last 30 years, made that same pledge. Oh, and Trump got them to do it again. Wow, what a remarkable feat by literally something every other president had already done multiple times. Come with me with something else, because that is a weak argument made by weak people who don’t understand what’s actually happening here.

I have seen too many on the progressive Left attack the media and everybody else saying that Donald Trump, you know this was a farce, and they’re saying, “No, he did a good thing. It’s just because MSNBC hates him so much.” I hate MSNBC, but I also hate liberals who go out of their way to praise Trump just to piss off MSNBC. I’m not that shallow. I’m not that stupid.

Again, Canada votes to condemn President Trump. He meets with a fascist dictator in North Korea who’s killed his own people, who’s killed American citizens. They didn’t talk about human rights, and Trump got him to pledge to do the same thing that he most recently pledged to do back in 2016 under Obama. Nothing will change. The U.S. gained nothing. Donald Trump will eventually drop the sanctions in order to scoop up the real estate, and there’s going to be a lot of people on both the Left and Right who look really stupid for giving Donald Trump any credit for embracing our enemies and alienating our allies.