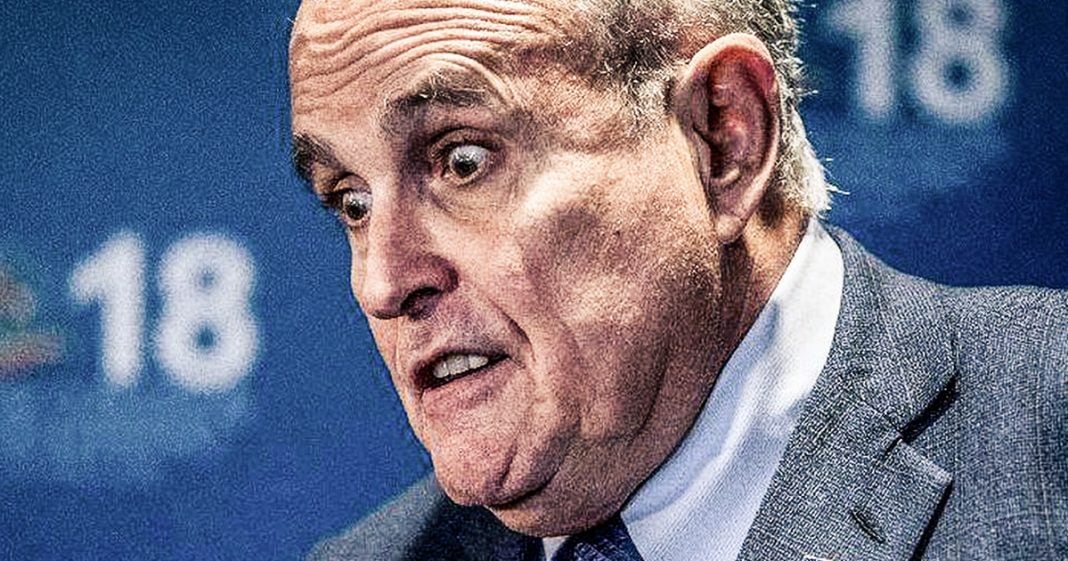 Rudy Giuliani just can’t seem to handle a monogamous relationship, and his third wife has now filed for divorce. But Rudy didn’t even wait for his wife to leave him before he was spotted at a spa with another woman, and reporters say that the two were sharing a single room at the resort. Giuliani’s wife blasted him as both a liar and a cheater, a theme that his other two ex-wives have also echoed. Ring of Fire’s Farron Cousins explains why this is important for Trump’s legal defense team.

Rudy Giuliani, Donald Trump’s favorite new lawyer is both a liar and a cheater. At least according to the woman that he was married to for many years, Judith Nathan. Recently Judith filed for divorce from Rudy Giuliani several days after Giuliani was actually spotted at a spa with a female friend of his who is a doctor at a medical center that Giuliani toured recently. The two of them were spotted at a spa. They were spotted going into the same hotel room, together. And Giuliani by all accounts is basically having and affair with this woman who, by the way, was also married. Judith, his current wife, filed for divorce several days later.

But, here’s the thing, Giuliani claims that one, he’s just friends with that woman, he’s good friends with her, he’s good friends with her husband. So, why they were sharing a hotel room makes absolutely zero sense. They both have enough money to afford their own rooms, but they were there together by themselves. So, it doesn’t take much to put two and two together. Giuliani lied about the affair to the press. He said at the time that he and his wife were separated, even though his wife says, “No, we absolutely were not separated.” And now he’s getting his third divorce.

But, the fact that she calls him a liar and a cheater. And the fact that he is a liar and a cheater, especially lying about the cheating, is something that has been confirmed by his other two wives. And it’s something that is going to present a massive problem for him when it comes time for him to actually go into a court room or before a grand jury and defend Donald Trump or any other members of the Trump administration. Giuliani has no credibility. We know from his own personal life that the man likes to cheat, the man likes to lie. He can’t be honest with the women that he’s pledged to love for the rest of his life. So, why on Earth would anybody in a jury listen to or believe a word this many has to say?

Now, I’m not saying that somebody’s private life should be part of the trial, but it is. Giuliani is a public figure, everybody knows everything about him. They read it in the papers. It’s going to be hard to find a single juror to sit there who hasn’t heard any of these stories. So, they’re going to go in there with a preconceived notion that Giuliani is a liar. It’s been confirmed. How is that going to work for Donald Trump when Giuliani is up there defending him? How is anyone in that jury actually going to take him seriously when they know his disgusting history of lying to all of his wives, and lying to the public, lying to the press repeatedly, just in the last few months?

Giuliani’s credibility problem presents a massive problem for Donal Trump and his legal team’s strategy. If he was serious about wanting to stay out of trouble, the best thing he could do would be to fire Rudy, kick him out of this administration, and get him off of national television immediately. Now, I do not want to help Donald Trump in any way, so don’t get me wrong on that. But, at this point, Giuliani is tanking Donald Trump’s legal defense even before he has to go into a court room. That’s not going to end well for Donald.