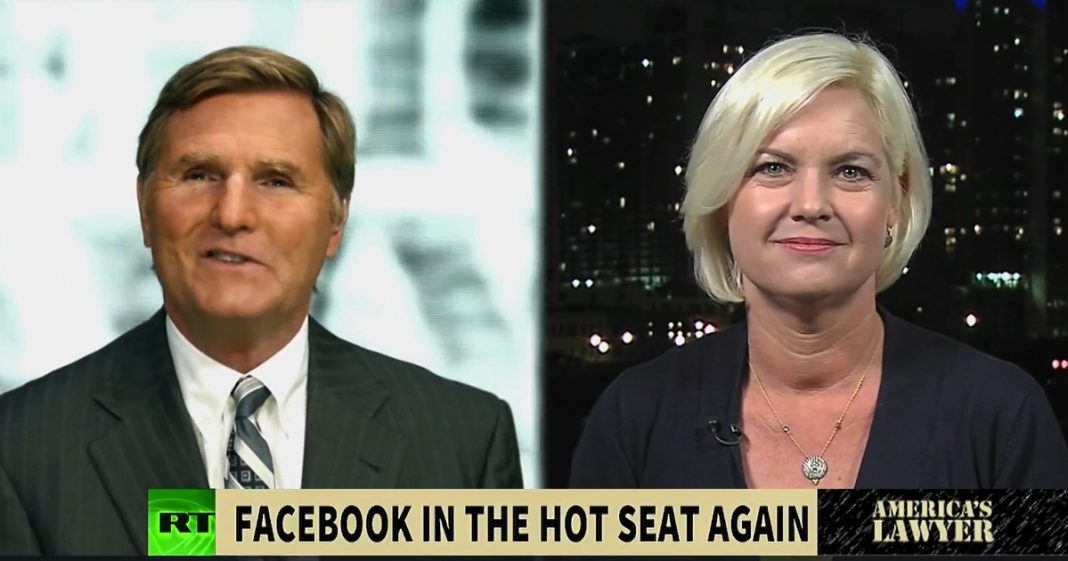 Via America’s Lawyer: Android users are filing a lawsuit against Facebook for collecting and storing information from their personal cell phones. Mike Papantonio is joined by Mollye Barrows to discuss the topic.

Mike Papantonio: Android users are filing a lawsuit against Facebook for collecting and storing information from their personal cellphones. The plaintiffs argue that Facebook’s Android app failed to inform users that the downloading of the application would enable them to collect information about their calls and text messages.

Joining me to talk about this is Mollye Barrows, a legal journalist for the Trial Lawyer magazine. Mollye, why would Facebook want access to somebody’s call and messaging logs? I can answer that. It’s all about money. But what is your take? I mean, It’s always about money. Facebook’s found some way to scam and make a dollar here, but what is your take on that?

Mollye Barrows: Oh, Pap, all you have to do is ask CEO, Facebook CEO, Mark Zuckerberg, and they’re not doing this on purpose, you know. These users are giving their consent. They’re just technically not really giving full consent because they’re not technically letting them know all the data that they want access to. My take on it is we’re going to continue to see lawsuit after lawsuit with Facebook and their collection of data, what’s private and what isn’t. In a nutshell, as you said, I’m sure money and power is the real reason they’re collecting all of this information, but in this particular case, this is an app for Facebook that particularly affects Android users.

A lot of people, especially Android users, downloaded this app and, lo and behold, this guy in New Zealand went looking at all the data that Facebook had collected on him and he was like, “Hey, why do you have two years worth of my phone messages and two years worth of my logs of my phone calls? And why have you been watching and listening , you know, me talk to my partner’s mother for so many years?” At any rate, he’s like, “I don’t understand why you have all this data.” It started the ball rolling. People started looking into it.

This comes on the heels of the Cambridge Analytica scandal. They’ve got other lawsuits that they’re facing, everything from facial recognition technology to the latest one, which actually names Zuckerberg by name and says that he came up with another malicious and fraudulent scheme to collect data all to put people, competitive businesses, out of business and make more money for Facebook. They can say all they want, that, you know, “We’re just collecting your contact list and we’re monitoring how long you talk to people, because we’re just trying to tell the difference between business contacts and your real friends because, you know, we just want to help you connect with the people you really want to connect with.”

Mike Papantonio: For Zuckerberg to testify in front of Congress and make these statements, “Well, anything that happened there, I just didn’t know about.” Well, first of all, that’s an absolute lie. I think if somebody pursues it, they’re going to find Zuckerberg committed perjury because all they got to do is a little bit of digging. You don’t run a company like that, start a company like that, be the visionary for a company like that and don’t know that that’s going on.

Are these accusations of privacy invasion just allegation or are you seeing really solid evidence that are backing up these lawsuit claims, Mollye?

Mollye Barrows: They are saying outright, “Oh yeah, we did collect that data. But, gosh golly, guess what? You agreed to it when you downloaded that app. You gave consent,” and they’re calling it appropriate consent. But, obviously, those in the industry, regulators and others that are critics of this sort of practice, are saying, “You know what? It can’t be really consent if they don’t have full knowledge of what they’re consenting to.” That’s what this lawsuit says. Like, you know, you were sneaky about it, it’s like signing a piece of paper with only half the information, and then they go and fill in the rest of the information so that it looks as if you agreed to all these terms-

Mike Papantonio: Got you.

Mollye Barrows: … when, technically, people aren’t really necessarily agreeing to all of it. It’s going to continue to be an issue. I’m with you on Zuckerberg. This latest lawsuit that doesn’t even have anything with this Android app basically says they’ve got tons of personal emails, corporate emails from Zuckerberg where he talks openly about gather this data. He’s presenting one face publicly and they say behind closed doors doing something else.