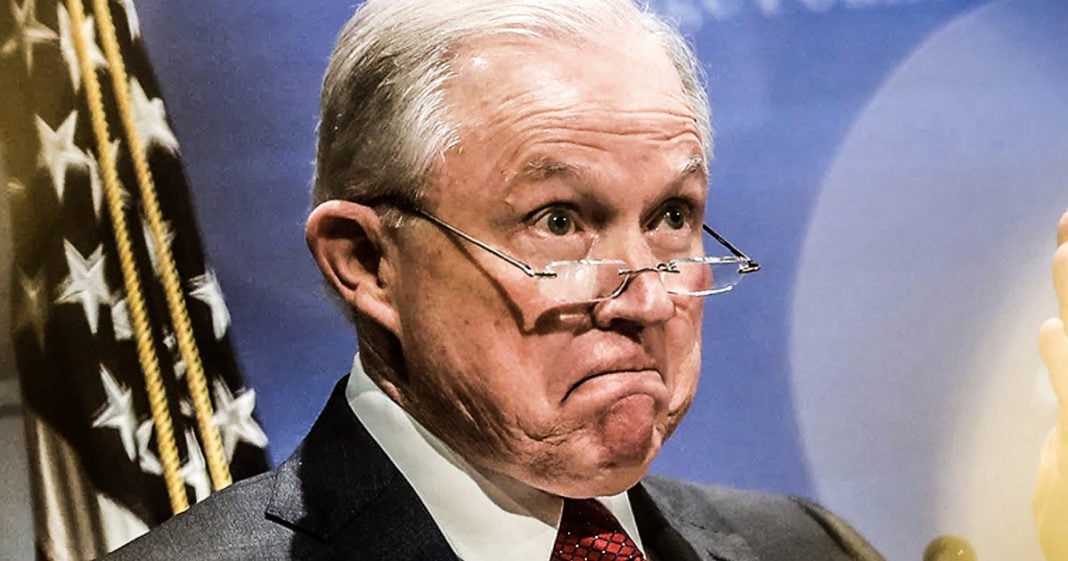 The Trump administration has once again proven how heartless they truly are by announcing a new policy that will prohibit the federal government from granting asylum to immigrants fleeing domestic violence and gang violence in their home countries. This new policy will result in countless deaths, but that’s just fine for an administration who has made their hateful motives clear on the issue of immigration. Ring of Fire’s Farron Cousins discusses this.

Just when you thought this administration’s immigration policies could not get any more cruel, Jeff Sessions came out on Monday of this week and announced that it is now their policy, the official immigration policy of the United States to deny asylum for people coming into the United States fleeing either domestic violence or gang violence. Which means these people who come to the United States, plead their case for asylum, basically telling them if I go back to my country, I am at a huge risk of being murdered, either by a spouse, a partner or a gang, and now the United States policy is to say, eh. Best of luck to you. Get the hell out of our country.

That’s what our immigration policy has become under Jeff Sessions and Donald Trump. This is a new low for the United States. I mean you thought seeing the pictures of kids in cages was horrendous. Imagine seeing the bodies of these people that we shipped back because they told us they would get murdered, and we said, we don’t care anymore as a country.

The immigration policies put forth by this administration have absolutely nothing to do with immigration. They don’t care that people are coming over here, they don’t care about that. What they care about is that people are coming over here that don’t look like them. Can we all just finally agree on that now? Can we recognize these policies for what they are? This isn’t about smart immigration, or national security. This is 100% about keeping black and brown people out of the United States. That’s why they are enacting these heartless policies. It’s not because they want to make sure we only bring over the best and brightest. It’s because they want to make sure that we keep as many non-white people out of this country as possible.

That is the only excuse. That is the only reason they could have in their disgusting little minds, as to why they would think that it’s okay to send people off to their death or to lock children up in cages. This is about racism. We need immigrants here in the United States, our economy depends on them. But the racists don’t want to understand that. And unfortunately today, those racists who don’t understand that, are sitting as heads of the Department of Justice or as the President of the United States.