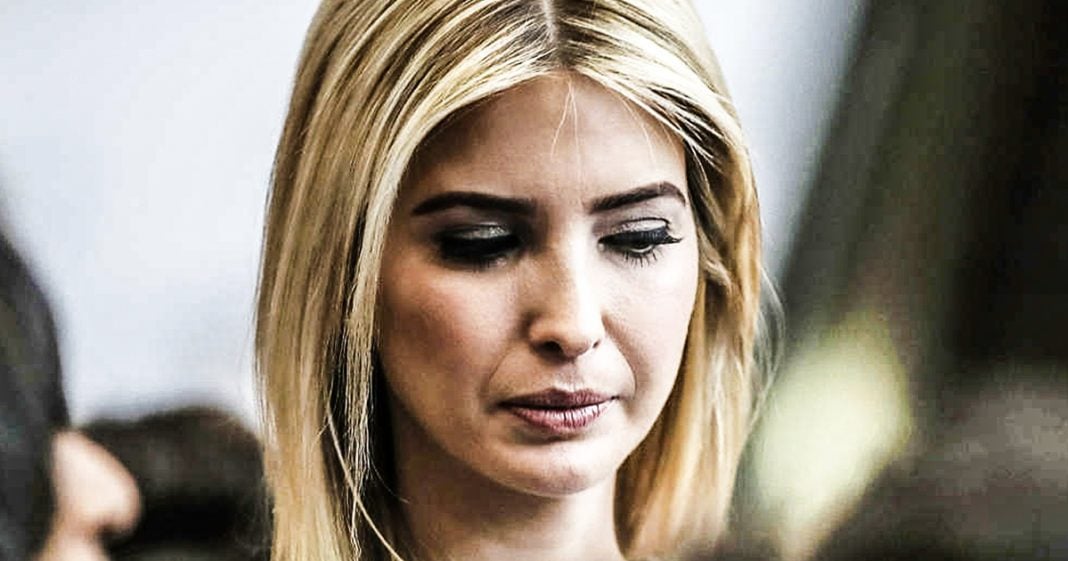 Ivanka Trump thought she’d use the opportunity of her father being in China to Tweet out a Chinese proverb related to his meeting with the North Korean dictator. The only problem is that the proverb she tweeted out confused Chinese citizens who had never heard of it, nor had they heard any actual variation of it – Ivanka had gotten it from somewhere else, possibly even a fortune cookie as many Twitter users suggested. Ring of Fire’s Farron Cousins discusses this.

On Monday, Ivanka Trump got on Twitter and posted an old Chinese proverb. This is what she said in her tweet:

“Those who say it cannot be done should not interrupt those doing it,” Chinese Proverb.

She actually included the little “Chinese Proverb” part there.

Here’s the funny thing about this so-called proverb, and that is that China, the Chinese citizens who saw this, were struggling desperately to figure out where in the hell this actually came from because, as it turns out, it’s actually not a Chinese proverb, or at least certainly not one that anyone in China is able to find. They can’t even find any proverbs that resemble this to see if maybe she just simply misquoted it.

No. What happened was that Ivanka took an Americanized saying, attributed it to a Chinese proverb, because I guess she thought it would play well since her father is in Singapore, and tweeted it out for the world to see how stupid she really is. Because, again, Chinese social media was going crazy over this. Newspaper editors were laughing at this and trying to find out where this came from. Some users on Twitter even suggested that she probably pulled it out of a fortune cookie from Panda Express, which does seem far more likely than Ivanka Trump going through books of actual Chinese proverbs.

But here’s the thing: Ivanka thought this would be a good PR move. She thought it would play well because her father is in Singapore meeting with Kim Jong-Un, so she decides to tweet it out. To be honest, you know, “Those who say it cannot be done should not interrupt those doing it” … That’s a good saying to have throughout life, right? It’s very positive, very uplifting. Ignore the naysayers and keep doing what you’re doing. I understand the message you’re trying to send there, Ivanka.

Unfortunately, by trying to claim that this was some kind of Chinese proverb, you’ve once again shown that you really don’t understand very much about the world around you. That you think you can just slap that little label onto any saying that may pop into your head, and suddenly it’s going to make you a superstar over in China while your father is there negotiating with a very brutal dictator, who he eventually said that he trusts very much, a man that he respects, a man that he admires. You’re not fooling anyone. But, more importantly, you sure as hell didn’t fool anyone in the country of China.