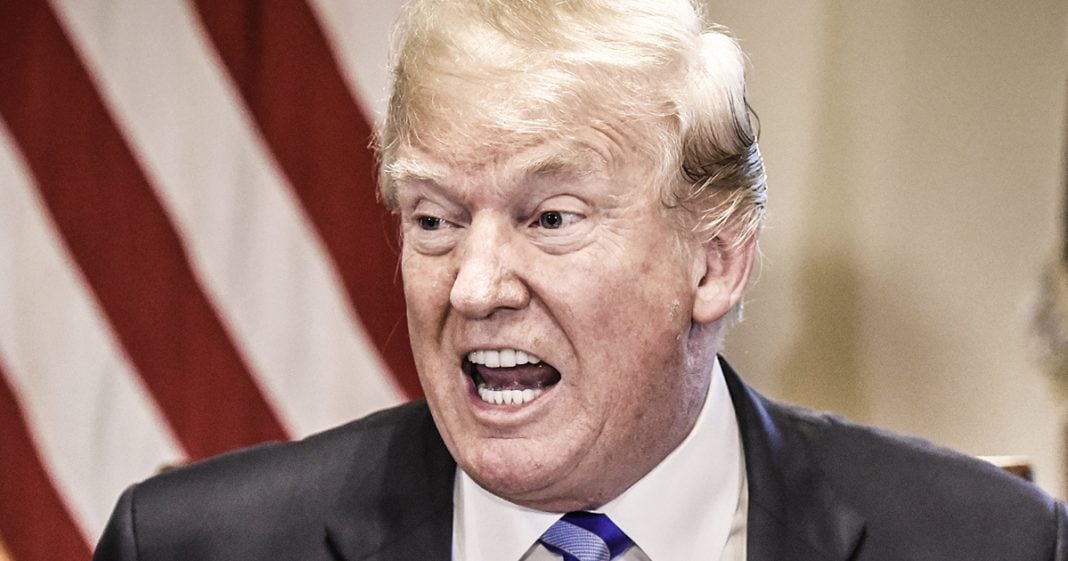 According to insiders in the White House, Donald Trump is violating the Presidential Records Act on a daily basis. The law states that all forms of public discourse from the president – memos, speeches, digital communications, and more – must be preserved, but the President has a habit of ripping these pages up when he’s done. The White House now employs a department that seems to exist only to tape these pages back together in order to save the President’s behind. Ring of Fire’s Farron Cousins discusses this.

Sixty-five thousand dollars a year for a job, is more than most Americans make each year at their jobs. Sixty-five thousand is well above the national median income for a single income earner here in the United States, yet that is how much you can be paid to go to the White House and spend your days taping documents back together that Donald Trump has torn up.

You see, there’s this thing called the Presidential Records Act, that requires all Presidential communications to be preserved and handed over to the archives. That is a law. The President has to do that. Yet, according to people inside the White House, Donald Trump has a tendency, when he’s finished with something, to rip it up and throw it away.

So now, the White House has employed an entire department, according to reports, whose job it is, to get these documents, take them out of the trash, piece them back together and then tape them up, so that the President is not in complete violation of the Presidential Records Act.

The Trump administration, right now, is paying several people more than sixty-five thousand dollars per year to do nothing more … And this is according to the people whose job it is to tape these pages back together, than to tape pages back together. That’s what they’re doing.

And to be honest, according to them, they’re kind of mad about it, because they think, given the salaries that they’re making, they should be doing something a little bit more important, seeing as how the taxpayers are the ones funding this. And it should make you even more angry to know, that if we weren’t paying their salaries to do this, Donald Trump would be in clear violation of a federal law, because he does it every single day.

So, yes, according to the White House, Donald Trump is breaking the law every single day, either because one, he doesn’t care about it, or two, he’s too stupid to learn it. So now, we’re paying several people hefty salaries, to just sit there and put together these puzzles of memos and speeches, and other things from the President, and tape them back together, so that he doesn’t get popped for breaking the law.

Personally, I would love to see my tax dollars go towards something else. No offense to these paper tapers. But I would like to see my tax dollars going to help expand Medicaid, expand Social Security. Make sure we have proper after school programs here in this country for underprivileged children. Not paying to tape documents back together, so that Donald Trump doesn’t violate the federal law.

If this man is too stupid to know that he can’t tear up a piece of paper when he’s done with it, I say let him continue violating the law, and deal with the repercussions himself. The taxpayers shouldn’t be the one footing the bill for people taping his pages back together.