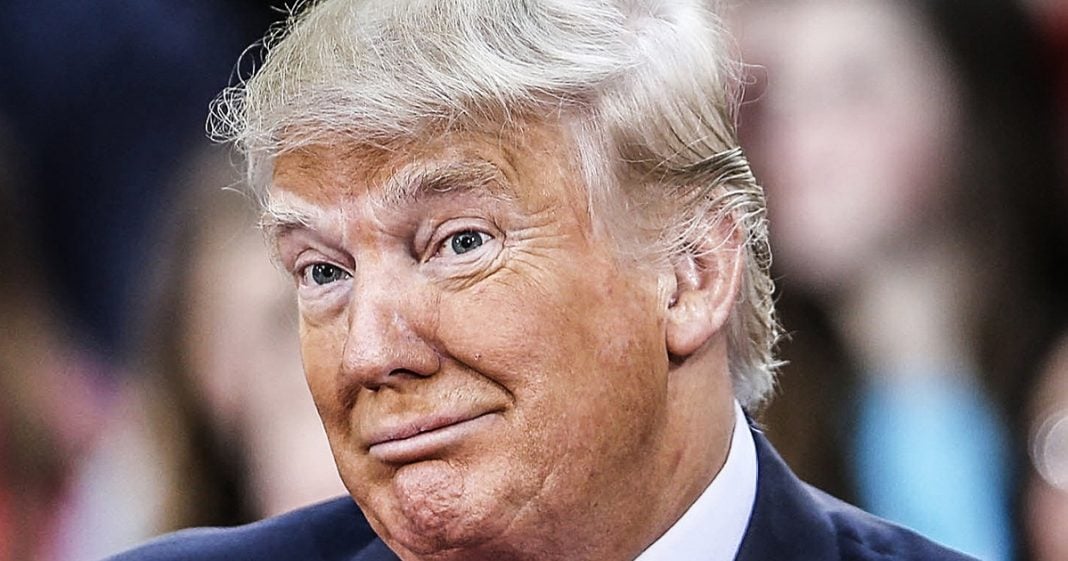 Donald Trump has completely lost the respect of his staffers, and a recent report says that his own employees are describing his legal defense and the attacks on the Special Counsel as both “sloppy” and “incompetent.” If you can’t even convince the people who work for you that your defense is working then you stand ZERO chance of convincing a judge. Ring of Fire’s Farron Cousins discusses this.

It appears that Donald Trump’s current legal strategy is just to attack the special counsel, attack Robert Mueller, attack the entire investigation as a whole, and hope that that is good enough to win him support among the public and to prevent Robert Mueller from actually indicting him. According to staffers who surround Donald Trump on a daily basis, this tactic is not going to work. In a recent interview with several different White House staffers, they reported that they believe Donald Trump’s strategy, as well as the strategy of his legal team, is both sloppy and incompetent. To be honest, those are two words that could be used to describe the president himself without regard to his legal strategy, but I think these staffers, who know Trump probably better than most people in this country would ever want to, understand that the president’s strategy isn’t working. It is sloppy and incompetent.

After all, do you think this man is actually going to win his legal case, his defense on Twitter? Do you think that sending out these tweets attacking the constitutionality of the special counsel is going to win him any friends in the special prosecutor’s office or any friends in front of that grand jury? Do you think Rudy Giuliani going out there every day and making a fool of himself in the national media is going to make those jurors respect him a little more? Do you think Jay Sekulow, one of Trump’s other attorneys, constantly lying and getting busted lying about things the Trump administration has done, do you think that’s going to sit well with these prosecutors, and the jurors, and the judge here?

No, but that’s what this administration wants to continue doing. They want to keep putting Rudy Giuliani out there. Why? I don’t know. They want Donald Trump to keep tweeting stuff out. Actually, I take that back. They don’t. They have admitted that they don’t want Donald Trump tweeting as much, and that he kind of puts his foot in his mouth sometimes. Heck, we’ve seen him on several different occasions with his tweets kind of admit that they broke the law, so I’m sure they would like him to stop doing that, but unfortunately, none of them have the gall to actually stand up to him and make him stop.

Staffers are walking around. They’re trying their best, according to the report, to stay out of the entire conversation. They don’t want to know what’s happening. They don’t want to know about the Trump team’s legal defense. They don’t want to know about their strategy. That way, any time a reporter asks them, they can honestly say, “I have no idea.” These staffers, as we’ve seen from reports for months now, absolutely hate their jobs, but at the same time, maybe they do kind of not want Donald Trump to continue shooting himself in the foot. Maybe they’d like to see this legal fight be a little bit more fair, so that people could have a will they or won’t they moment with the grand jury, but in reality, these people who see Donald Trump every single day, they have to work with him. They hear him, listen to him. They know him. They all agree that this defense Trump has come up with, of attacking Mueller, the special counsel’s office, and his lawyers giving these bumbling interviews, they understand that that is going to spell the end of this administration.