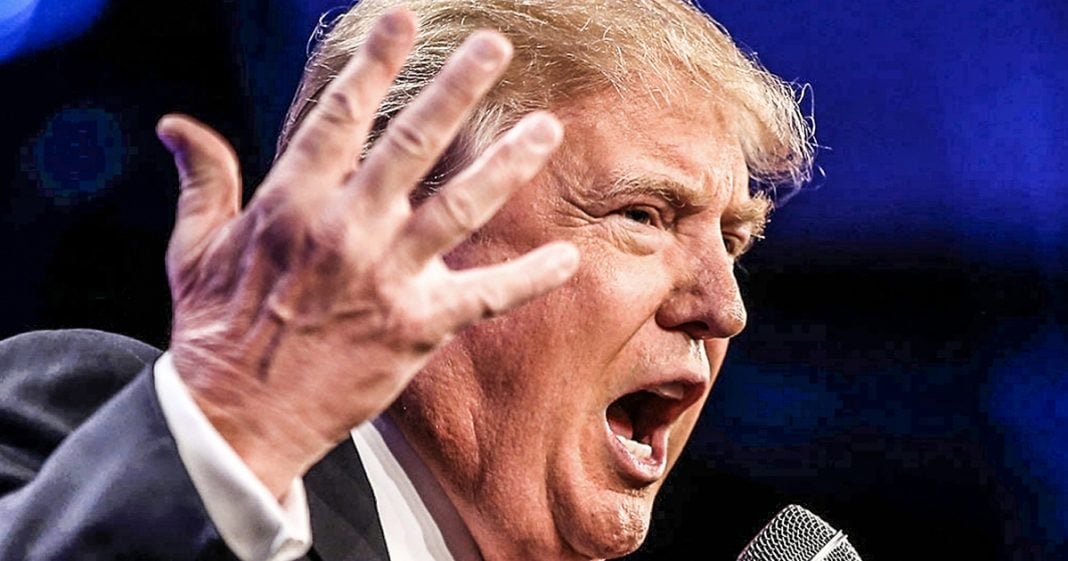 Between his trade wars, budget cuts, and ballooning deficits, Donald Trump is pushing the US economy to the breaking point. Those are the warnings coming out of the World Bank as they tell us that Trump is on the brink of causing a repeat of the 2008 financial crisis that sent the US into a massive recession. This should come as a surprise to no one, as Ring of Fire’s Farron Cousins explains.

One of the biggest questions that we have about the Trump administration that actually has nothing to do with any of the ongoing investigations is, how many smart people is it going to take to warn the President that his policies are about to cause a massive recession similar to what the United States saw in the 2008 financial melt-down? How many more do we need? We have already had Nobel Laureates, top economists in the world, warn us that Trump’s economic policies are going to tank the economy.

We have had Goldman Sachs executives warn that Trump’s policies are about to tank the economy and that a recession is right around the corner. And now this week, we had the World Bank come out and say that Donald Trump’s policies with regards to tariffs and trying to tax everything coming out of other countries into the United States is going to lead to a financial collapse similar or possibly even worse than what we saw in 2008.

The reason all of these people are warning us, the reason we even have these bad policies to begin with, is because we have a businessman as the President of the United States instead of a policy-maker. Instead of somebody who researches and understands how the global and local economies actually work.

This is what Republicans have been begging for ever since Mitt Romney ran for President. They wanted a businessman, right? They told us, run the government like a business because that’s the only way to save it. Businesses, you either make a profit or you go out of business.

Well guess what, folks? This business of the United States isn’t turning a profit anymore because Trump and the Republicans cut all of our profit-making mechanisms, which is taxes. That’s the only income that the United States government is supposed to be taking in. Taxes. And they cut them. And they cut them for the wealthiest people in this country so now we’ve got a, what, 1.7 trillion dollar deficit coming up.

The national debt is ballooning at an exponential rate. We’ve got tariffs that have already cost US farmers more than 400 million dollars and they’ve only been in place for a couple of weeks. We’ve got steel tariffs, we’ve got aluminum tariffs. We’ve got more on the horizon. We’ve got other countries threatening to retaliate against us. Canada, Mexico, China, the European Union. All of them. And this entire trade war is about to kick off a massive financial collapse the likes of which the US hasn’t seen in over a decade. And it’s because Donald Trump is a know-nothing businessman who couldn’t make a deal to save his life.

Those people who have worked with Donald Trump over the years before he became President of the United States, they worked with him in private business. They worked with him in his TV deals. Every one of them has come out and told us that Donald Trump absolutely sucks at negotiations and making deals. He has had so many of his projects, things that had his name on it, go bankrupt. And yet Republicans thought, they honest-to-God believed, that this man was going to somehow be some great negotiator that was going to make the United States the most economically prosperous country on the planet.

It didn’t work. We’re less than a year and a half into this presidency and we’ve seen so many horrid policies come out of this man that a new recession that is going to send millions of people in this country into financial ruin is right around the corner. And if you don’t want to take my word for it, then I suggest you listen to people like these Nobel Laureates, these industry leaders, and the World Bank, who are repeating the exact same thing that I’m saying.