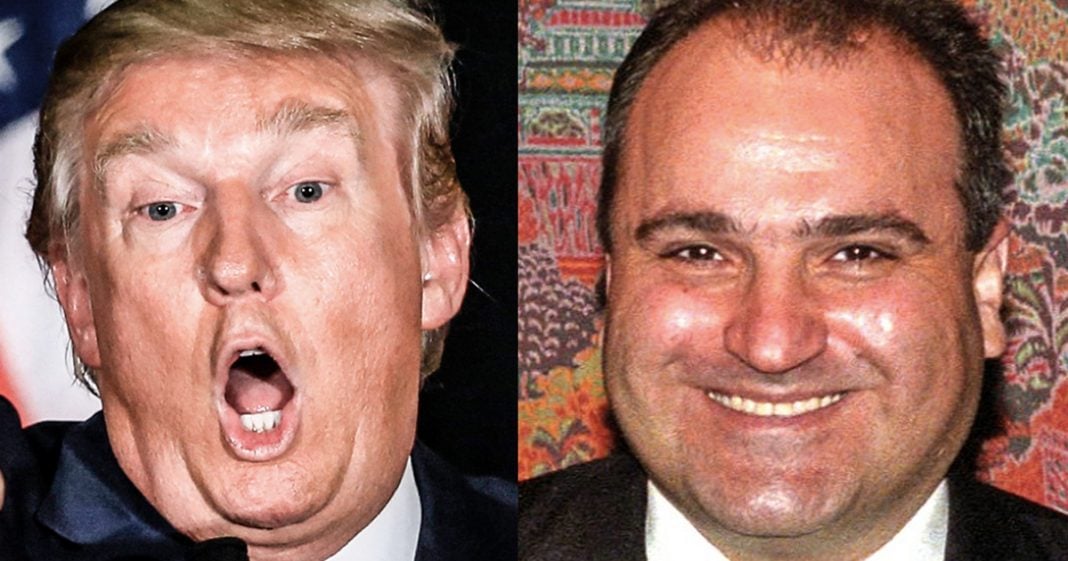 The Republican Party seems to be a magnet for men who like to prey on children, and the Trump campaign was no exception. A convicted pedophile by the name of George Nader was a close ally of Jared Kushner and even helped to orchestrate some of the meetings with foreign dignitaries that have led to some of the biggest legal headaches for the Trump administration. Ring of Fire’s Farron Cousins discusses this.

Most people may not be familiar with the name George Nader, but this man actually played a vital role in the Trump campaign, and has been a very good friend of the entire Trump Administration since day one. George Nader also happens to be a convicted pedophile. The man was arrested in 1991 in the state of Virginia for possessing child pornography. Then he was arrested again in 2003 for sexually abusing minors in the Czech Republic. He is now a lobbyist for the United Arab Emirates, and Nader, the convicted pedophile, actually helped arrange that meeting in the Seychelles that Jared Kushner attended, with leaders from the UAE, Saudi Arabia, and Russia.

Now, so far from what we know about that meeting the overall goal was to kind of recreate the Middle East, according to the talking points, in a way that favors the United States and Russia a little bit more. But nonetheless, that’s not the point here. I mean, yes, that’s a very big deal that people need to pay attention to, but the bigger thing at the moment, and the right now, is the fact that the Republican Party can’t seem to stop wanting to work with pedophiles. Because not only was George Nader a very close ally of Jared Kushner and not in that meeting but instrumental in the campaign itself, he’s also visited the White House numerous times since Trump got sworn in. He was a close friend of Steve Bannon. He was a good friend of Elliott Broidy, the other client of Michael Cohen. Broidy was also an official within the Republican National Committee who recently resigned. Nader was involved with everything, with both the Trump Administration and the Republican Party itself, and he was a convicted pedophile, and they knew this and didn’t care because they thought they could use him to their advantage.

There is nobody too dirty or disgusting for the Republican Party to work with today. That’s why they rallied behind Roy Moore in Alabama. That’s why you have a guy like, I believe his name is, what, Nathan Larson, running for Congress in Virginia, who is an admitted pedophile, and he’s still running for Congress. I’m not saying that all Republicans are pedophiles. Obviously they’re not, but there’s something about that party that makes pedophiles feel right at home, and that should give every Republican voter in this country a little pause at least. Why are pedophiles so attracted to my party? Maybe I need to look into that.

I don’t know about you, but I for one wouldn’t want to be associated with something like that, but it seems like each month that drags on now we’re finding out about a new pedophile within the Republican Party. The voters need to wake up and understand that there is something clinically wrong with their party, because it’s not just their open embrace of pedophiles. It’s their open embrace of racism, the fact that people like David Duke feel right at home running for office as a Republican, as do so many others. That is what the Republican Party stands for today. It’s not the party of small government and lower taxes. It’s the party of pedophiles.