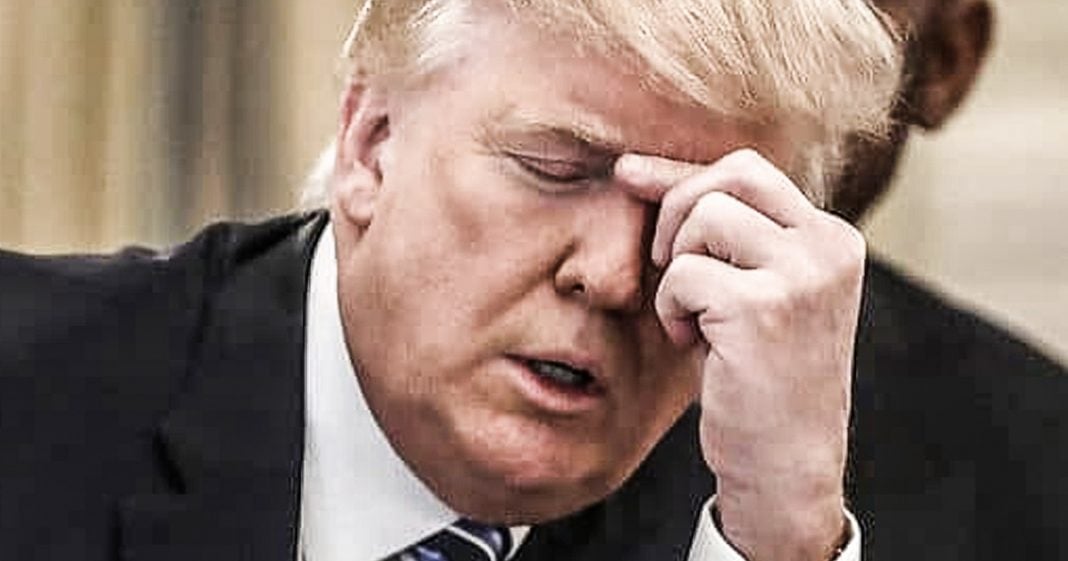 Donald Trump likes to claim that he’s the best deal-maker in the world, but the people that have worked closely with him for years along with those who have analyzed his deals know all too well that Trump is actually really, really bad at negotiating. A new book reveals that former NBC president Jeff Zucker actually out-dealed the Donald with his Apprentice contract, whittling him down from his demands of $1 million per episode to just $60,000 per episode. Ring of Fire’s Farron Cousins explains the myth of Trump as a master negotiator.

There’s a new book coming out this month by author Marty Latz, who is also a negotiation expert. The book is called, The Real Trump Deal: An Eye-Opening Look At How He Really Negotiates.

This past weekend Politico kind of did a write-up on it, and talked about some of the deals that Donald Trump made throughout his career stretching all the way back from the early 80s til today. It talked about the fact that every one of these deals was pretty much a disaster for Donald Trump. But here’s one that really sticks out, and this is one that people need to understand because this one kind of says more about Trump than the rest; that is, during the first season of the Apprentice on NBC, Donald Trump was paid $50,000 an episode. That was their pilot season, they didn’t know if it was going to work, if it wasn’t, if it was going to be popular, so $50,000 was very generous.

Republicans watching this are probably like, “Well, yeah. You always ask for more than you really want because then they’ll come up a little, and he really won.” No, he didn’t. Jeff Zucker, the president of NBC at the time, said Donald Trump was one of the worst deal-makers of all time. They said they could have literally paid him whatever they wanted to. He would’ve caved-in to any demand that NBC made. And there’s a reason for that. That’s why I want to bring up this deal. It’s because Donald Trump was so desperate for fame that he was willing to give up his whole negotiation tactic just to be able to stay on the air.

Yeah, he could have drawn a hard line and said, “I will absolutely not do it for less than a million.” The show would have said, “Okay, we’ll find somebody else or we just won’t do the show anymore.” But Trump, knowing that he wanted to be on TV, that he wanted people watching him every week, decided to say, “Okay, I’ll back down. I’ll take your 60,000. I’ll keep doing it.” That’s not an expert negotiator, that’s a puppy that just got in trouble for going to the bathroom on the carpet, folks. That is what Donald Trump’s entire career has been like.

I encourage everyone when this book is finally released … Marty Latz, The Real Trump Deal … take a look at it or at least look at this political article, the link is in the video description, and see for yourself what kind of horrid negotiator Donald Trump is.

I’ll leave you with this: The only reason people think that Donald Trump is a good negotiator is because Donald Trump constantly says he is a good negotiator. There are no facts to back it up. There’s no actual deals that he’s made that people need to look at and be impressed by. His entire career has been marked by him making astronomical demands and eventually backing down because nobody is stupid enough to give in to him.