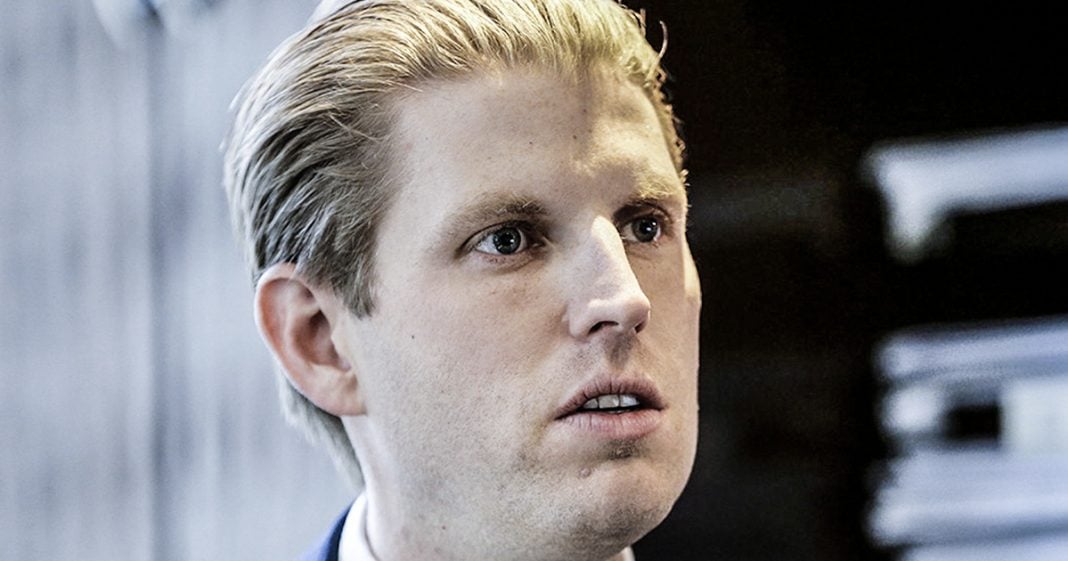 Eric Trump gave an interview to Westchester Magazine recently where he stated that his father’s life got “exponentially worse” when he decided to enter politics. What Eric is really trying to say is that HIS life got so much worse when his dad decided to run for President because now he’s under a media microscope that is exposing all of his dirty deeds. Ring of Fire’s Farron Cousins discusses this.

But you know what this interview’s really about? That he gave to this magazine. This isn’t about poor little Eric Trump being said for his daddy. This is about Eric Trump whining that his life has become exponentially worse since his father decided to run for president. We have seen all the evidence we need to understand that members of the Trump family only care about themselves, and if given the opportunity they’re going to throw any other member of that Trump family tree under the bus. Eric is not lamenting the fact that his father is sad, Eric is made that people are finally starting to pay attention to him and the media is helping to expose some of the dirty deeds that this kid has done over the course of his career. For example, stealing money from a charity that was supposed to give money to kids suffering from cancer. Instead of giving them all the money that he had promised, he used the money to pay himself and to pay the Trump organization and left them with very little of what was actually raised during those fundraisers that he was hosting.

He was pocketing money for kids with cancer. And that’s just one of the many disgusting stories that have come out about Eric Trump since his dad decided to run for president. But that’s what happens. So you can mask it all you want. You can say that you feel sorry for your dad, but most of us understand what you’re actually saying. You feel bad for you. You’re not said about Donald Trump, you’re sad about Eric Trump, because people are starting to understand what a disgusting human being you truly are, and you were never prepared for that information to become public knowledge.