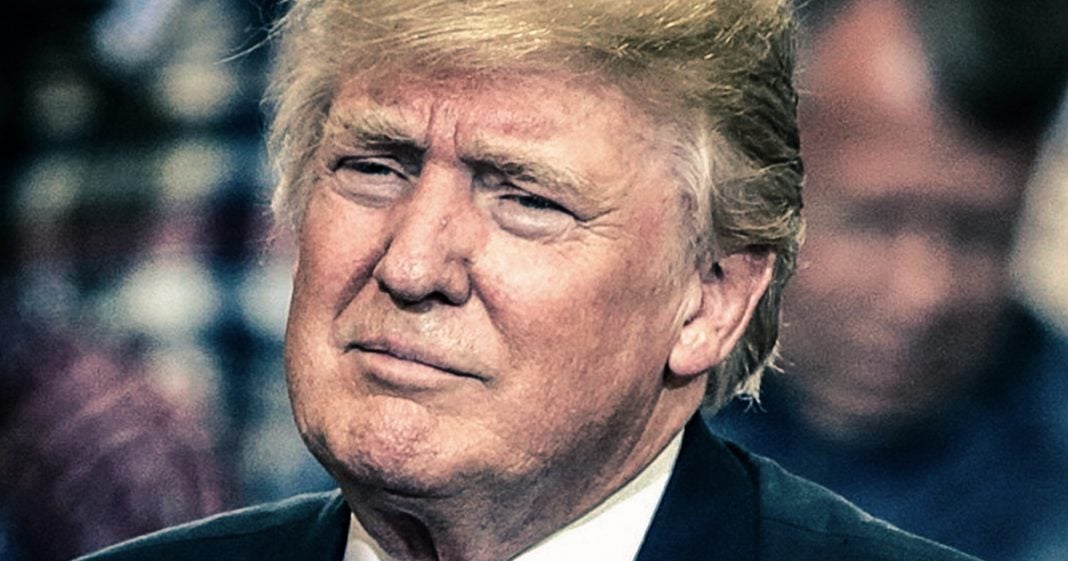 The number of Republicans willing to repeat the President’s lies is shrinking by the day. At this point, only less-than-credible members of Congress like Devin Nunes and Matt Gaetz are willing to go to the mat for the President, while everyone else is starting to see through his façade. Ring of Fire’s Farron Cousins explains how his lack of allies, and his lack of time, are going to spark the end of the Trump administration.

Earlier this week, Donald Trump proudly proclaimed on Twitter that he has the absolute authority to pardon himself, but he doesn’t need to because he totally didn’t do anything wrong whatsoever. In the day since Donald Trump made that announcement, he has lost so many allies in both the House and the Senate that I don’t know how this man is going to survive the results of the Mueller investigation. Here are the people who just this week came out and either outright disagreed with the president on whether or not he can pardon himself, or they refused to answer claiming they didn’t know. Bottom line is they didn’t defend what he had to say. Paul Ryan, Marco Rubio, Senator Thom Tillis, Pat Toomey, Richard Shelby, Lindsay Graham, John Thune … Who else is there? Oh, Richard Burr is also on the list. Then, that’s not even counting the people who’ve also come out and said, oh and by the way Donald Trump is 100% wrong about that spy in his campaign. Mitch McConnell, Paul Ryan, Trey Gowdy, Marco Rubio, again.

Ted Cruz also weighed in on the pardon matter, and after 18 seconds of silence said, “I don’t know. I haven’t looked into that.” For the record, he actually wrote a paper on presidential pardon power back in 2015, so he knows all about it he just didn’t want to defend the president. That’s the point we’re at right now. Donald Trump is losing allies at an alarming rate for him that he needs in order to survive whatever is going to come out of the Mueller investigation. I mean at this point the president has people like Matt Gates and Devin Nunes who are willing to go out there and repeat his absurd lies about a spy in his campaign, and that’s about it. You don’t have many other friends. More importantly, you don’t have very much time to make any new ones. I know these Republicans are still willing to go out there and defend your policies, but they can get the same policies out of a guy like Mike Pence, a guy that’s not going to embarrass the Republican party on a daily basis, a guy that’s not going to insult them when they disagree with him.

They would much rather have Mike Pence as president of the United States than they would Donald Trump. I think that’s becoming more and more evident when we have so many people who are now refusing to defend the actions, and the words, and the claims made by the president. These are people who were some of his strongest allies. I mean Paul Ryan coming out and saying that no there was no spy in the campaign at all. This is a guy who until now had done his best to not weigh in whatsoever about the Mueller investigation, about the spying claims, or about any of the other stupid things Donald Trump has said since becoming president. He’s not staying silent anymore.

These people … Excuse me … Donald Trump needs these people to carry his message because if they’re not willing to do it, if it’s up to people like Matt Gates and Devin Nunes, and the folks over at Fox News, that’s not going to be enough to save him when we finally get the results of this Mueller investigation, or the Summer Zervos lawsuit, or the emoluments clause lawsuit, or the Michael Cohen investigation, or the IRS and FBI and New York City investigations into other members of the Trump family. You need friends right now Donald Trump, and you have done a phenomenal job of alienating the very people that can save you.