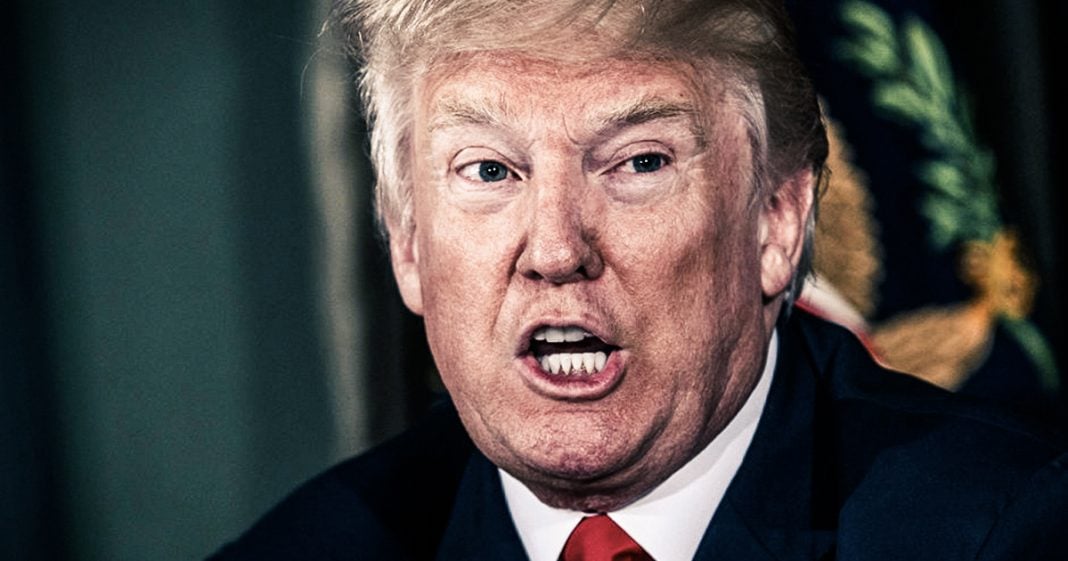 Donald Trump unleashed a new round of attacks against Republican Senator Jeff Flake this week, after spending several days attacking Attorney General Jeff Sessions. Investigations aside, this isn’t a good look for the Republican Party when their civil war is spilling over into the public. Ring of Fire’s Farron Cousins explains how Trump’s thin skin is tanking the GOP, and we couldn’t be happier.

On Thursday morning, Donald Trump tweeted out the following attack on Republican Senator Jeff Flake. He said, “How could Jeff Flake, who is setting record-low polling numbers in Arizona and was therefore humiliatingly forced out of his own senate seat without even a fight, and who doesn’t have a clue, think about running for office even a lower one again? Let’s face it, he’s a flake.”

First and foremost Donald, you’re really not in a position to criticize anybody else’s poll numbers. I mean, you’re the guy that actually set the record for having the lowest poll numbers at your point in the presidency about six months ago. Not to mention, I think right now you’re topped off at, what, 42% when you take the polling averages. Yeah, probably not a good avenue for you to mention about other people when your own poll numbers are struggling to break 50.

Here’s why this tweet actually matters. Donald Trump is so thin-skinned that he has taken it upon himself to continuously attack any Republican that dare speak out against him. That’s a problem for the Republican Party, but to be honest, it’s a problem I don’t really mind. Right now, Donald Trump is helping to destroy the Republican Party from the inside out. See, Trump doesn’t understand because he’s never been a politician nor has he studied politics, that you don’t attack members of your own party, especially during an election year.

I know Jeff Flake is not running for a Senate seat again, he’s decided to retire from that, but he’s attacking the Republican Party. Keep in mind, the only thing that other Republicans Trump has attacked, including Jeff Flake, the only difference that they have is whether or not they’re willing to stand up to Donald Trump. They agree on every single policy, so he is attacking people because they won’t blindly support him. He’s doing it very publicly on Twitter for the entire country to see just how dysfunctional the Republican Party has become.

Let’s be honest, there’s always a ton of dysfunction within both the Democratic and Republican Parties. It’s always been that way and it’s always going to be that way. What Donald Trump has done is bring the dysfunction of the Republican Party to the public’s attention by continuously attacking members of his own party for doing nothing more than not blindly supporting them. Again, there are no policy differences to speak of, there’s just some Republicans willing to step out and say, “Yeah, Donald Trump is wrong about this particular issue or he’s wrong about the Mueller investigation or he’s hiding things.”

They don’t disagree on tax cuts or not caring for the environment or passing subsidies for already profitable companies, no. The only thing Trump is mad about is that they won’t support him with undying loyalty. It is that thin-skinned nature of Donald Trump, President Snowflake if you will, that is going to continue to destroy the Republican Party. They’ll rebuild, they’ll get better, but in the time being, when we’re at a point where you have a Republican Party that desperately is clinging to survival as we head into the midterms, Trump’s attacks on any Republicans big or small, representative or senator, is going to come back to haunt him in the end.