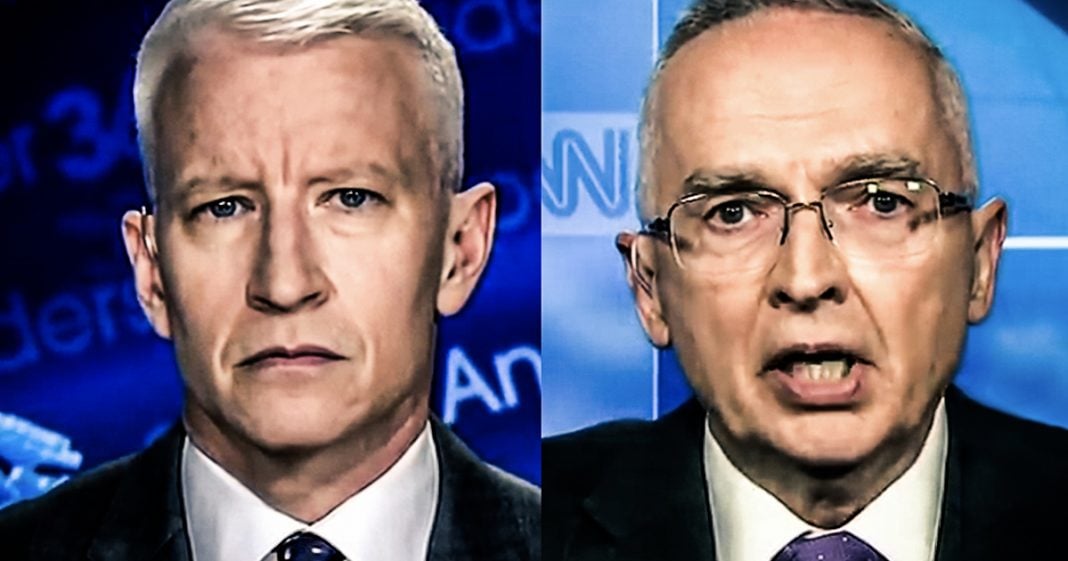 Retired Lt. Col. Ralph Peters spent more than a decade as a Fox News analyst, but he recently quit due to the fact that the network was spreading blatantly false propaganda in order to bend reality and support Donald Trump. In his first interview since leaving the network, Peters tells CNN’s Anderson Cooper exactly what he thinks about the network, and it isn’t pretty. Ring of Fire’s Farron Cousins discusses this.

Former Fox News analyst, retired Lieutenant Colonel Ralph Peters, quit the network recently, very publicly, because he didn’t want to be a part of their propaganda, their pro-Trump agenda anymore. This week he gave his first interview since leaving the network, and he spoke with Anderson Cooper from CNN about how dysfunctional the Fox News Network has truly become. Take a look.

In the email that you sent your colleagues at Fox News back in March when you told them you weren’t renewing your contract, you said, and I quote, “Fox News is assaulting our Constitutional order and the rule of law, while fostering corrosive and unjustified paranoia among viewers.” How much damage do you believe they’ve done to this country and the institutions that uphold the law?

I think they’re doing a great deal of damage still. We won’t know how bad for years to come when we see the ultimate results. Anderson, for years I was glad to be associated with Fox. It was a legitimate conservative and libertarian outlet, and a necessary one. But with the rise of Donald Trump, Fox did become a destructive propaganda machine, and I don’t do propaganda for anyone. Frankly, as a former military officer, I took an oath to support and defend the Constitution of the United States, and I saw, in my view, Fox, particularly the primetime hosts, attacking our Constitutional order, the rule of law, the justice department, the FBI, Robert Mueller, and oh by the way, the intelligence agencies. They’re doing it for ratings and profit, and they’re doing it knowingly in my view, doing a great, grave disservice to our country.

Peters is 100% correct in his analysis of what that network has become. Now, I disagree with him about what it allegedly used to be, but this is a guy who spent 10 years of his life going on that network on a constant basis as a paid contributor who now understands what Fox News is all about. And with the exception of Shepard Smith, everyone on the network is doing everything that they can to prop up the Trump administration. They have been willing to overlook the countless scandals of Donald Trump’s Cabinet members. They’ve been willing to cast doubt on the Mueller investigation. And as Peters pointed out, they’re attacking every single institution in Washington D.C. for the sole purpose of protecting Donald Trump.

Heck, at this point, we even have a Fox News host who’s currently dating the President’s son. Fox News is in bed with the Trump administration. Lou Dobbs. Sean Hannity. Get regular phone calls from Donald Trump. Jeanine Pirro lobbied to be his Attorney General if he would be willing to fire Jeff Sessions. This network exists today for the sole purpose of propping up Donald Trump. Anyone who tunes into that network, unless of course again you’re watching Shepard Smith, you are being fed lies and propaganda. The lies and propaganda that Donald Trump wants you to hear. Lies that they actually run by Donald Trump during phone conversations each day. You’re not getting the truth. You’re not even getting the right wing version of the truth. You’re witnessing a network dying a slow and painful death because they put all of their eggs into the Donald Trump basket, and that basket is hurtling towards the ground at an unprecedented rate.