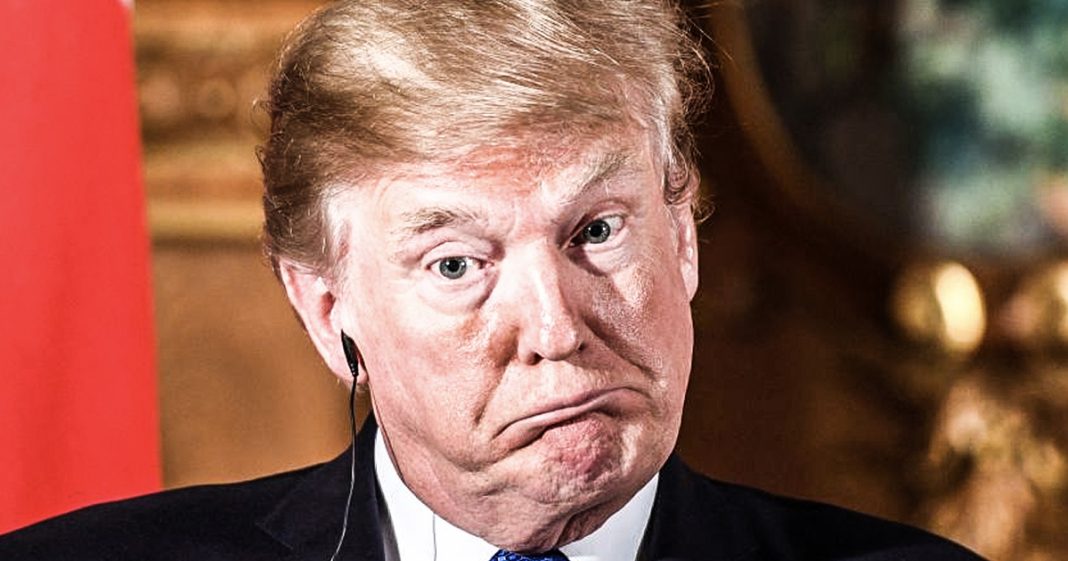 During a recent phone call with Canadian Prime Minister Justin Trudeau, Donald Trump showed off his incredible ignorance about basic U.S. history by reminding Trudeau that Canada burned down the White House in 1812. The only problem is that this never happened. It was the British. Trump is an absolute embarrassment to this country, and now he’s off to a G7 summit to embarrass us on the national stage again. Ring of Fire’s Farron Cousins discusses this.

One of the most disappointing things about Donald Trump being the president of the United States, aside from the horrible policies he’s enacting, here, in the U.S., is the fact that it’s part of his job to go out there and talk to other world leaders. Yesterday, we found out that, back in May, Donald Trump had a call with Canadian prime minister, Justin Trudeau, where they discussed the tariffs that the U.S. was going to impose on Canada. When Trudeau asked why in the hell you want put these tariffs on us, Donald Trump gave him the reason of national security. When Trudeau pressed him on what that means Donald Trump replied with, “Didn’t you guys burn down the White House?”

Now, according to some people in the White House, Donald Trump was simply being sarcastic and trying to make a history joke to Trudeau about the time the Canadians burned down the White House. Unfortunately, the Canadians have never burned down the White House, that was the British during the war of 1812. Not only, if he was joking, did his joke fall flat because it was historically inaccurate, but Donald Trump, once again, went out there to another world leader and made a complete ass of both himself and everyone here in the United States.

To make matters worse, Donald Trump is headed to the G7 Summit in Canada. Now, we’re going to get to experience Donald Trump speaking to six other world leaders, possibly even more if others end up showing up to this meeting, and embarrassing us there. He’s going to have to explain his horrible idea of slapping tariffs on everyone and everything, something that other countries are pretty unhappy about, and they’re already trying to impose retaliatory tariffs here in the United States.

I guess the only positive about this story is that George W. Bush is no longer the dumbest person we’ve ever had serving as president of the United States. That torch has officially been passed to Donald Trump. Here’s the thing, I honestly believe that George W. Bush understood that he was not a smart person. He knew that. There’s no way he couldn’t. With Trump, the danger with him is that he’s so stupid that he doesn’t know he’s stupid. He constantly over estimates both his abilities and his intelligence, the Dunning–Kruger effect. He’s so dumb that he doesn’t even realize how pathetic, and incompetent, and mentally just unable to process things. He truly is. That’s what we’re dealing with right now.

That was basic middle school history there that Donald Trump failed in his phone call to Justin Trudeau. It’s not just, “Oh, well, the president doesn’t know something because, oh well, maybe he didn’t study it. Is it really that relevant?” Well, it is, because when you’re talking to another world leader as the representative of the entire country of the United States, every stupid thing he says is a stupid thing that the United States says. We’re a laughingstock once more amongst the rest of the world. People aren’t looking up to us in other countries. They’re not admiring us. They’re not wanting to work with us. They’re looking at us at constant state of disbelief that we put this moron in the White House.