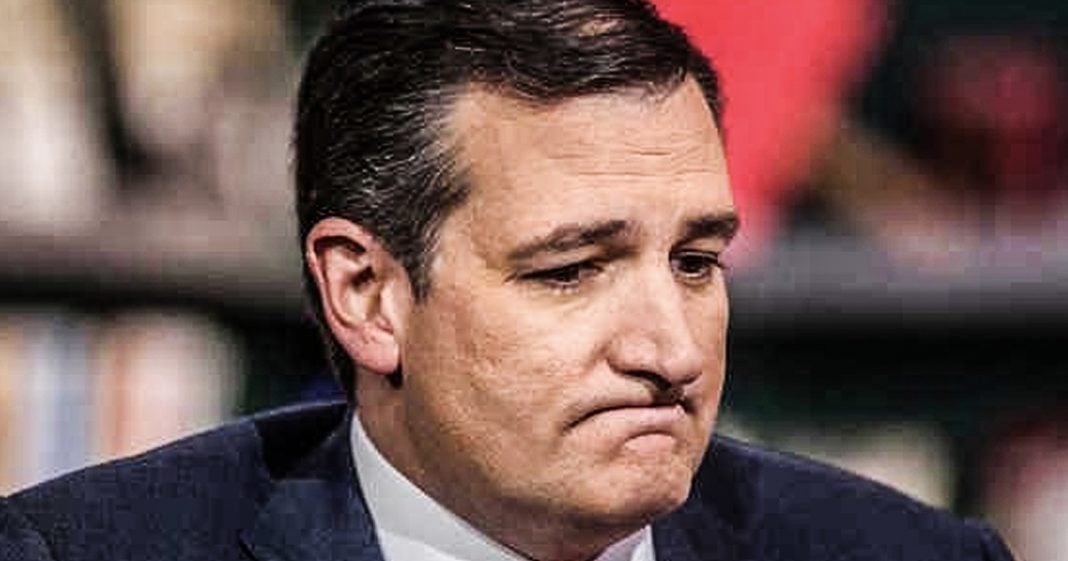 Ted Cruz either couldn’t come up with a believable lie, or he was just shell-shocked by what the President had claimed, but either way, Cruz sat in complete silence for 18 seconds after a reporter asked him if Donald Trump actually has the power to pardon himself. Cruz’s eventual non-answer tells us more than enough about Trump’s future in Washington, D.C., as Ring of Fire’s Farron Cousins explains.

Ever since Donald Trump mentioned earlier this week that he had the absolute right and authority to pardon himself, reporters have been asking republican lawmakers if they agree with what Donald Trump has said. Most of them have flat out said, “No absolutely not, the president cannot pardon himself.” But not Ted Cruz.

Ted Cruz, the man who was ridiculed beyond recognition by Donald Trump during the republican primary, instead of saying, “Yes,” or “No,” or giving some kind of legal explanation, stood there, when asked this question, in stunned silence for a full 18 seconds before finally giving an answer. Here’s an audio clip of the exchange.

Reporter:
Senator, the President says he can pardon himself. Would you agree with that?

Ted Cruz:
That is not a constitutional issue I’ve studied, so I will withhold judgment at this point.

The biggest thing I regret about that audio clip is that we don’t have video to go along with it, because I would love nothing more than to watch Ted Cruz squirming, his face contorting, possibly even smoke coming out of his ears as his gears are turning, trying to figure out a believable lie to tell to the reporter. But at the end, he was like, “I don’t know enough about it. I’ve got to go.”

But here’s the funny part about all this: Ted Cruz’s non-answer, which, in reality, was a non-defense of Donald Trump, actually speaks volumes about Donald Trump’s chances of survival in Washington DC because, in the past, we have seen far too many republicans willing to go out there defend any and everything that the President says, but not this time. There is a sea change, and even people like Ted Cruz, who, in spite of how horrible Trump has been to Cruz and his family, going as far as to suggest or imply that his father may have helped kill JFK … Cruz has always been on Trump’s side until now, and he didn’t come out and attack Donald Trump. He didn’t say, “No, the President doesn’t have that power,” but he didn’t defend him.

We’ve seen that recently from people like Mitch McConnell, Marco Rubio, Pat Toomey, John Thune, a whole host of republicans in DC no longer willing to defend the President. And, again, they’re not coming out and attacking him or disagreeing with him for the most part. Some of them are, but they’re not defending him anymore.

Trump is running out of friends in DC, and more importantly, he is running out of time. These republican senators and members of Congress see what is happening in this country. They know what’s happening with the Mueller investigation. Most of them saw the evidence of why the FBI put an informant into the Trump campaign, or at least had them talk to members of the Trump campaign, and they agree with it.

Trump doesn’t have any friends left, and if it comes down to impeachment, these republicans who today aren’t willing to defend the President, but not quite attack him, they’re going to be the ones that end up issuing those final votes that could remove Donald Trump from office.