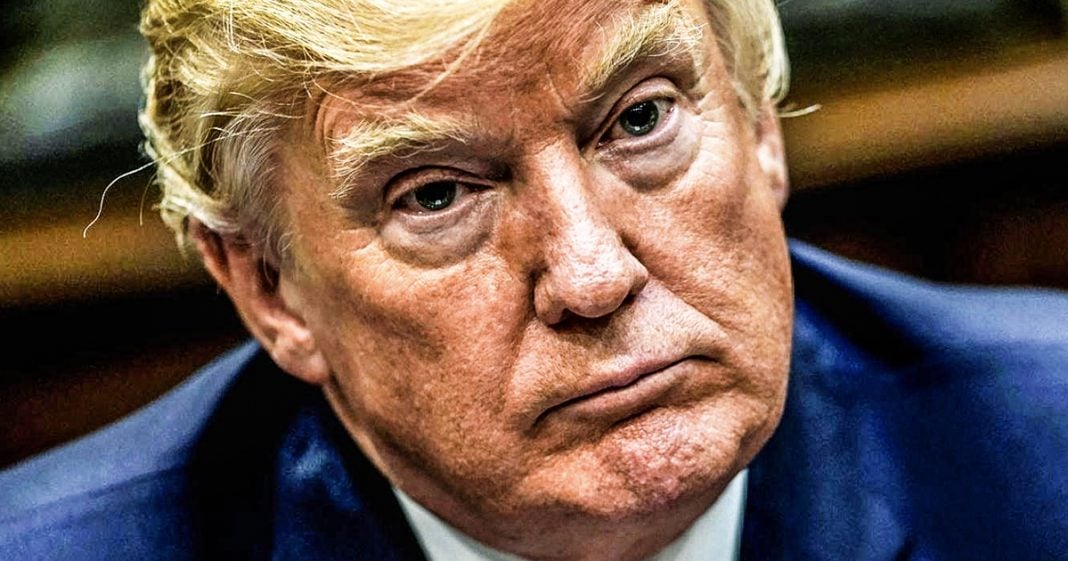 Donald Trump’s legal team has been arguing that the President cannot be sued for defamation while in office, but all of their arguments have failed when ruled on by an actual judge. That’s the case right now with the defamation case against Trump filed by former Apprentice contestant Summer Zervos, and this week a judge ruled that the President himself must face a deposition in the lawsuit. Ring of Fire’s Farron Cousins discusses this.

The judge in the Summer Zervos defamation lawsuit against Donald Trump ruled earlier this week that Trump himself can be deposed as part of this ongoing lawsuit. Now, in case you’re not familiar with it, here’s the backstory on this entire lawsuit.

Summer Zervos, a former Apprentice contestant, claims that Donald Trump groped and kissed her in a meeting that the two were supposed to be having. These were unwanted sexual advances, according to Zervos, so she was one of the woman who had accused Donald Trump of sexual assault.

Donald Trump gets on Twitter, long ago, says it’s a hoax, calls her a liar. Now, she’s suing for defamation. Judge ruled not only can this case move forward against the wishes of Donald Trump’s lawyers, but now that Donald Trump himself is likely going to have to sit for a deposition.

And this is why this is important, not just as part of a defamation lawsuit against the president, but it shows you that when Donald Trump’s lawyers try to put these arguments, that Trump has been making himself on Twitter, in front of an actually judge, they get shot down.

A few months ago, Trump’s lawyers had tried to argue before this judge that he could not stand trial for defamation because he was the president of the United States, and you cannot sue him. Well, as it turns out, you can. And then, they tried to argue that, okay, well, he doesn’t have to sit for a deposition or really ever be a part of this, we’re going to handle it on his behalf. And the judge said, once again, no, you can’t do that, and yes, he can sit for a deposition.

Again, every argument that Donald Trump’s lawyers have tried to put in front of this judge has failed, and it just shows you what we can expect as this Muller investigation continues going forward. If Trump’s lawyers try to go in front of the grand jury and make these same arguments, it’s not going to work. They’re not going to be able to say that, oh, a sitting president can’t be accused of obstruction of justice or perjury, or they can’t be subpoenaed, because yes, they can. Or, hey, Donald Trump can just pardon himself, when in reality, no, he cannot.

Donald Trump has obviously surrounded himself with some of the most incompetent lawyers in this country, and that’s not even including Rudy Giuliani in all of this. They’re making bad faith legal arguments in front of sitting judges, and they are getting smacked down at every possible opportunity.

As for Summer Zervos, she deserves justice. If what she has claimed that Donald Trump did is true, which we do not have very much reason to doubt her on this at all, then hopefully Donald Trump will not only go down for the defamation, but also for the assault that he performed on Summer Zervos. And his lawyers, if they keep doing what they’re doing, are going to make sure that Donald Trump loses all of his legal cases.