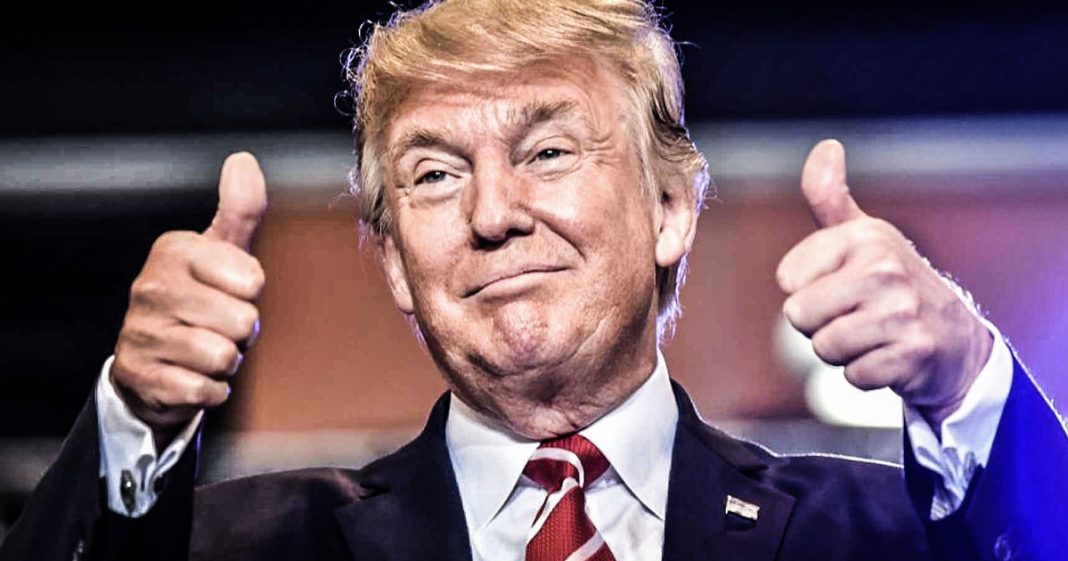 During a Monday morning tweetstorm, President Trump claimed that he has the absolute right to pardon himself for any crimes that he may have committed, but we shouldn’t worry because he didn’t commit any crimes. The Constitutional Crisis is here, and Trump is pushing the boundaries on what powers the President actually has. Ring of Fire’s Farron Cousins discusses this.

During a Monday morning tweet storm, Donald Trump insisted that he has the absolute right to pardon himself for any crimes that may have been committed during the campaign during the administration. Doesn’t matter. According to Trump, he can do it.

Here is the tweet. “As has been stated by numerous legal scholars, I have the absolute right to pardon myself, but why would I do that when I have done nothing wrong? In the meantime, the never-ending Witch Hunt led by 13 very angry and conflicted Democrats and others continues into the mid terms.”

Let’s start with one little thing here. Those many legal scholars all happen to be people who support Donald Trump, most of whom are actually currently serving on his legal team. Go out there and ask independent people, they’re going to give you a little bit of a different answer there.

Now, Trump’s tweet is actually in response to the fact that a letter emerged late last week. New York Times published it on Saturday I believe, and it was a letter from the Trump Administration. His lawyers to Mueller saying he’s not going to testify. He is above the law. You cannot subpoena him because if he does it, it’s not illegal. That was the argument they used. And just in case you weren’t aware, that is actually the same argument that Richard Nixon used, and we know how that story ended.

Nonetheless, Donald Trump comes out with this Monday tweet saying he can absolutely pardon himself. It’s something his legal team has been trying to say that he can do for quite some time, but the reality is a little bit different than that. A president has never pardoned themselves in the history of the United States because they’ve never necessarily been in the situation where they could. Usually pardons come after somebody has been convicted. They don’t have to. You don’t actually even necessarily have to be accused of a crime in order to be pardoned. That’s the way they work.

They do have broad powers. The president can do them willy nilly, whatever he wants to do with them, so in theory he could possibly pardon himself. But in reality, pardoning yourself for something that you have not yet been convicted of is pretty much an admission of guilt, and even the Republicans in the House and Senate at this point likely wouldn’t take too well to that.

A lot of people have been warning for months now this looming constitutional crisis over whether or not Trump would try to pardon himself or shut down the Mueller investigation. There is no looming constitutional crisis. It’s here. It has been here. Donald Trump is pushing the boundaries on what a U.S. president can legally do, and he wants to extend those powers. Donald Trump does not want to be president of the United States. He wants to be supreme leader, supreme ruler of the United States. He is giving himself all these new powers, or at least claiming to have them at this point, that in the past have not existed. By arguing that he is above the law, that’s saying that the president of the United States is absolutely untouchable and, therefore, they would be a dictator at that point. But that is exactly what Donald Trump wants to be, and this tweet this morning proved that.