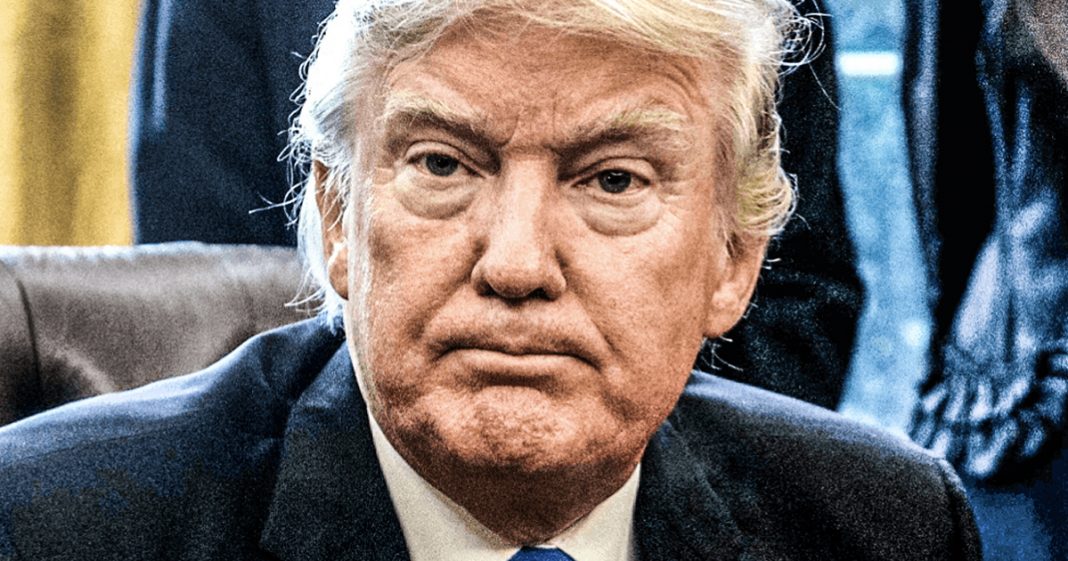 A new Politico/Morning Consult poll has found that a vast majority of American voters believe that the frequency and content of Donald Trump’s tweets is bad for the country. We know this is Trump’s preferred method of communication to the American public, but now it seems that the public is actually turning on him. Ring of Fire’s Farron Cousins discusses this.

A new Politico morning consult poll has come out that shows that the majority of people in this country believe that Donald Trump’s non-stop tweeting, and the content of his tweets, are damaging to the United States of America. Sixty-two percent believe that Trump’s Twitter use is a quote, bad thing. A year ago that was only 59%, so we’ve seen that go up three points. Twenty percent say that Trump’s tweeting is a good thing, which is actually down from 23%, so he lost 3% there. Seventy-two percent say that Trump uses Twitter too much. Again, that’s up three points from what it was last year. Republicans, the majority say he tweets too much, 58% of Republicans say Donald Trumps spends too much time on Twitter, but only 38% of Republicans say that his Twitter use is a bad thing.

Now what’s interesting to me about that 38% number who think Donald Trump’s tweeting is a bad thing, is that the article in Politico talking about the poll says that is if it’s a bad number, like that number should be higher. That’s more than one-third of Republicans in this country who think Donald Trump’s Twitter use is a bad thing, that’s not a low number. You can’t win an election, you can’t go out there and campaign for other people to win elections when you only have support from two-thirds of the party. That is a huge number. I think Politico needs to kind of reexamine what that actually means.

Let’s back to the issue at hand, Donald Trump’s tweets are a threat to the United States according to the majority of people in this country. They’re absolutely right, not just in the way that it makes us look bad, but in the things that he says on Twitter. His attacks on foreign leaders, some of whom not very friendly to the United States, those are dangerous to our national security. His attacks on our allies, as we’ve seen in the UK, Germany. He’s going after people who are our friends, hurting our reputation, and undermining our ability to make negotiations with them, treaties, trade deals, whatever we need to do. They’re not going to come knocking at the door when Donald Trump says, “Hey, come over and let’s talk about how to fix the US economy by opening a trade deal with your country.” Not going to happen.

Donald Trump doesn’t understand the damage that he’s causing to this country, because he’s not a smart person. All he knows about is that money is good, and my ego is good. Aside from that, this man is very, very stupid, and those are the only two things he cares about in his tweets. Can he do something to make some money for himself, or can he help his ego? Look through his tweets and you’re going to see that. When he attacks someone it’s because that person has attacked him, or not been friendly to him, that’s an ego tweet.

When he goes out there and calls it fake news, that’s an ego tweet. When he supports someone, it’s because that person has supported him too, that’s an ego tweet. When he says, “Hashtag MAGA,” they sell MAGA gear, that’s trying to get you to use that to go want to wear it, to put it on your head, or your shirt, that’s a money tweet. Those are the only two things that this man knows. He doesn’t understand that the majority of people in this country, including those Republicans, even though it’s not quite half yet, he’s losing support. It all goes back to that disgusting disaster of a Twitter feed that he seems very much addicted to.