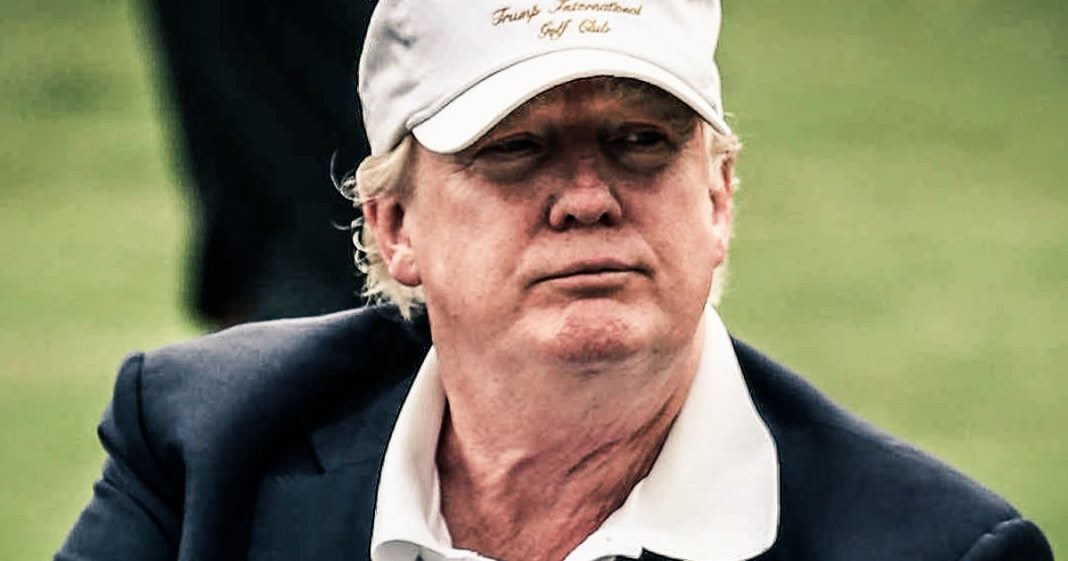 According to figures released this week by the Justice Department, the Mueller investigation has cost just over $16 million dollars, most of which was spent in the first few months getting everything set up and hiring staff. But that number pales in comparison to the amount of money that we’ve spent on Trump’s golf trips since taking office, which kind of blows open the conservative argument that these investigations are just too costly. Ring of Fire’s Farron Cousins discusses this.

The Justice Department this week decided to release numbers on how much Robert Mueller, the special prosecutor’s investigation has cost US tax payers, and that number through March, the latest month they have numbers for, has cost 16.7 million dollars. It’s a lot of money right? I mean, Trump’s been telling us over, and over, and over again that this investigation is costing us way too much money. Other Conservatives have chimed in with that, that it’s costing us too much money.

Basically, if Donald Trump just stopped playing golf we could have three more investigations going on right now too, and it’d be just the same price we’re paying right now for his golf. Wouldn’t that be fantastic? How much could we learn from three additional investigations? I mean, Republicans are already saying we need more investigations, of course, they want to go into Hillary and Obama. And you know what? You could totally afford them if you could just get Donald Trump to stay in the White House.

Or, I’ll tell you what, you want a short little three, four month investigation? How about you get rid of Scott Pruitt’s private security force that he has with him at all times, because that’s costing us three and a half million dollars every year. So there, you could take that money and make a little mini investigation. But the point is, all of these arguments that Conservatives, including the president, want to give us about why Mueller investigation has to end, because it’s too costly, it’s all total crap!

Yeah, 16.7 million dollars is a lot of money to somebody like me, and probably most people watching this video. I’ll never have that much money, but I’ll certainly also never have 67 million dollars, which is what we the taxpayers are paying for Donald Trump to golf in a 12 month period. And, as if we could forget, the money that Donald Trump spends golfing, most of it actually goes back to him, because we have to pay hundreds of thousands of dollars, which we’ve already paid, for the Secret Service to rent golf carts at Donald Trump’s properties. We’ve paid 2.4 million dollars for the Secret Service to rent rooms at Donald Trump’s properties while he’s golfing!

Donald Trump gets to pocket that money, and yeah, I know, his net worth is falling because his other businesses are losing money, and I’m sure Mar-a-Lago would be losing a lot more money if the Secret Service itself wasn’t pumping millions of dollars into it. But the bottom line is that, do not listen to anyone who tells you that this Mueller investigation is costing us too much money, because the government can afford it. What they can’t afford is Scott Pruitt’s private security, Ben Carson’s dishes, or Donald Trump’s non stop golf [Appaloosa 00:03:18] that seems to be happening ever since he came into office. The Mueller investigation is vital to this country, Donald Trump’s golf trips are not.