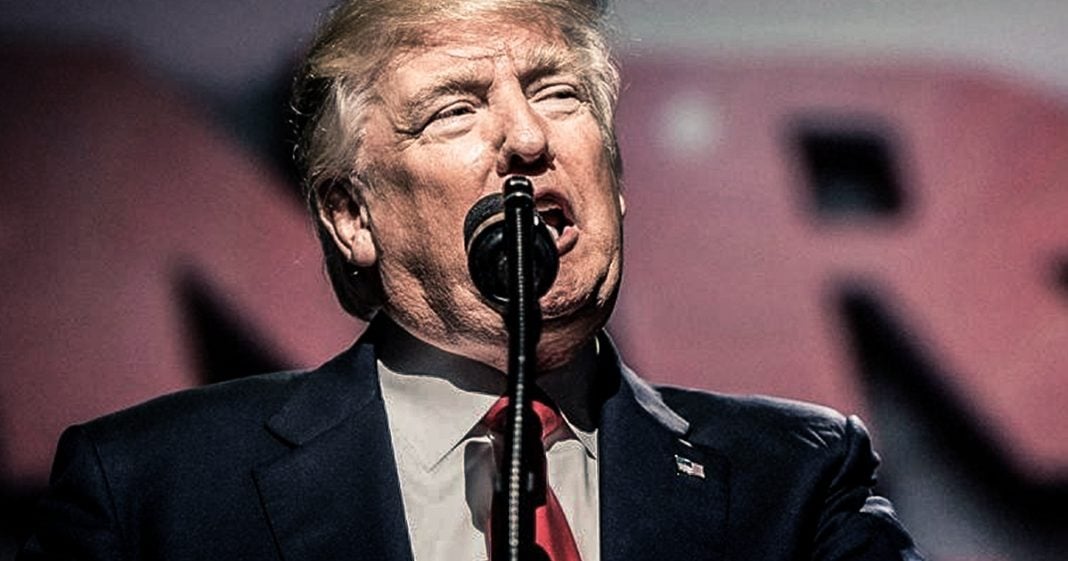 Donald Trump met with the parents of the children that were killed in Texas during a recent school shooting, and one of the parents said that talking to him was like trying to talk to a toddler. Nearly all the parents left the meeting feeling unimpressed and certainly not hopeful about the safety and security of our schools and our children. Ring of Fire’s Farron Cousins discusses this.

On Thursday of this past week, Donald Trump went to Texas and met with parents of the victims and those affected by the recent shooting in that state. And after the meeting, which the press was not allowed to attend, several of the parents who were present there spoke to the media about what took place in that meeting. And they all basically gave the same responses: Donald Trump doesn’t quite understand what’s going on. In fact, one parent actually said, quote, “It was like talking to a toddler.”

That was how this mother, who just lost her child in this shooting, described talking to the President of the United States. Why? Because during the whole meeting, according to those in attendance … People who just buried their children … Trump only wanted to talk about arming teachers. And when they didn’t want to talk about arming teachers … One of them suggested retired military staff in the school … Trump responded with “With guns on them?” Because that’s all he wants. That’s the only solution that this man-child toddler sees is more guns in the schools.

More guns has never solved the problem of gun violence. That is why in states where there’s more gun ownership there is more gun violence. In countries where there’s more guns, like the United States, we have higher rates of mass shootings and murders compared to countries that have tougher gun laws and fewer overall guns. There is a direct correlation and every single study that looks at this proves it. There is a direct correlation between the number of guns in an area and the amount of gun violence. It’s not hard to understand.

But I guess it is for idiot Conservatives like Donald Trump, who want to bury their head in the sand and pretend that it doesn’t exist. But Donald Trump, throughout that entire meeting yesterday, the parents said he referred to the shooter as just wacky, and he was wearing a wacky trench coat. He wanted to insult the kid rather than console the parents.

I lose words frequently when I talk about things like this because I don’t know what else to say. I don’t know what to do about this moron psychopath that we have sitting in the White House, and sometimes it’s hard to describe the feelings that you get, the amount of disgust that you feel for such a human being, but that’s what happens to me right now with Donald Trump.

My wife, who is a teacher, on Thursday of this week … The same day that Trump met with these parents … Had to go through an active shooter drill at her school. It’s the first time they’ve done it. They were actually the first school in their county to go ahead and do this. It is terrifying. You know what they tell teachers? When there is a lockdown, when there is an active shooter, you have to close your door, and you have to get your kids to safety. But if there’s any kids in the hallway, and they come knocking on your door for you to let them in so they can escape, they’re not allowed to let them in. They have to leave those kids in that hallway to be gunned down.

That’s something, I think, a lot of people in this country need to understand. These active shooter drills, they’re not just teaching teachers how to protect students. They’re also instructing them that sometimes you’ve got to let a few of them go.

We shouldn’t be living in a country like this, but we are, and it’s because, 100%, of Conservatives. This is their fault. They’re the ones blocking any kind of meaningful reform. They’re the ones who have the blood on their hands today, and every time there is another mass shooting.