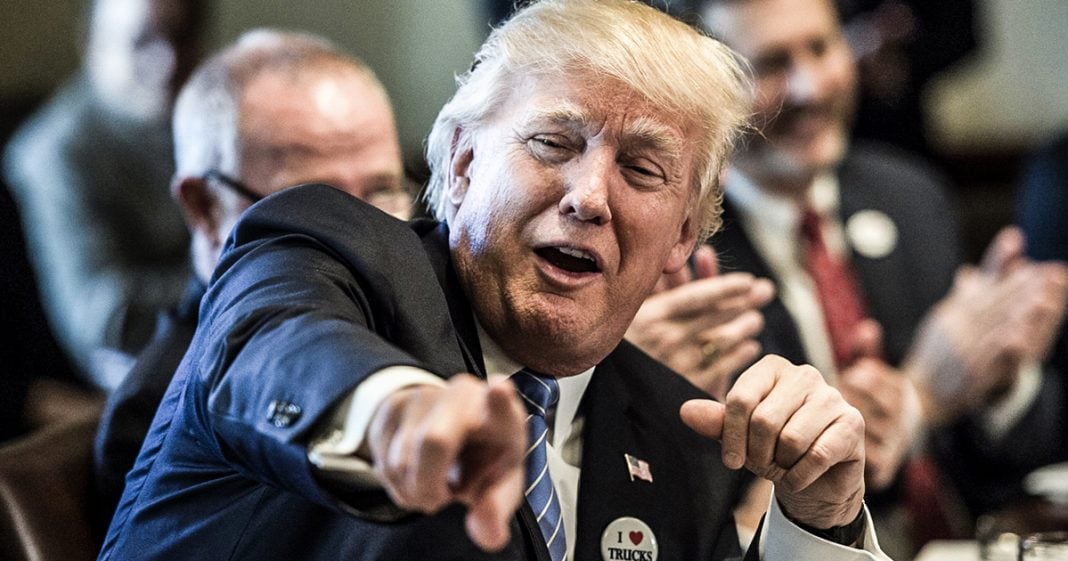 Even if you removed Donald Trump from the equation, the drama coming from the White House these days is enough to fill an entire soap opera. Recent reports show that White House staffers are engaging in shouting matches with one another – in front of the President – and they are all pointing fingers at each other as the ones “leaking” information to the press. Ring of Fire’s Farron Cousins discusses this.

It’s no secret that Donald Trump himself is full of drama. We have seen nothing but drama come out of him and his Twitter feed since the day he became president and started whining about his inaugural crowd size. But if you removed Donald Trump from the picture for a moment, you would see that the rest of his staff is just as dramatic and hate-filled and catty and horrible as Donald Trump himself is.

It was recently reported that after White House communication staffer Kelly Sadler, her comments about John McCain dying were leaked to the press, Donald Trump had a meeting in the Oval Office with members of the communications department, including Sadler herself, Mercedes Schlapp, Raj Shah, and John Kelly, who were there in that meeting.

They also, like a bunch of morons who were worried about leakers, left all the doors open so everyone outside could hear what was going on while they had this meeting about people hearing things and leaking them to the press. Nonetheless, here’s what’s been reported because obviously it got leaked to the press ’cause you didn’t close the doors.

The staffers in that meeting were shouting at each other in front of the President of the United States like a bunch of middle school children called into the principal’s office and more importantly, Kelly Sadler, the woman who said the horrible thing about John McCain, starts pointing fingers at everybody else in that room, including the rest of the communications staff that wasn’t there, saying, “This person’s the leaker! This persons a leaker! This person’s a leaker! Everybody’s a leaker except for me because I’m great at what I do.”

Now, other people in that room and other members of the Trump staff in general have also pointed fingers at other people saying that “they’re the leaker, not me. It’s this person or maybe it’s that one. Maybe it’s the one down the hall, but it certainly isn’t me.” Do you see what’s happening here with the Trump administration? All the chaos that we see publicly coming from Trump and other members of his administration is reflected behind the scenes.

The staffers don’t know what the hell’s going on. They don’t know how to behave because the president doesn’t know how to behave because he’s never been in politics before taking the job as president. It’s just chaos from one side to another, from top to bottom. Chaos. To make matters worse, as other stories have pointed out on a near weekly basis, most of these staffers don’t even want to be working at the White House but they’re stuck there because nobody wants to hire anybody who works at the Trump White House.

The White House is also having such trouble filling their ranks of their staff that they’ve stopped asking for former employee references. Yeah, they don’t care where you worked, who you worked for, or what you did at that job, or what that employer thought of you. They just want a warm body to come in because, for the love of God, they need someone there who knows what the hell they’re doing.

But again, it does all flow from the top. The more chaotic Donald Trump is, the more unhinged he is behind the scenes, the more chaotic the staff gets. When the staff cannot function properly, when they’re shouting at each other in the hallways for everyone to hear, and when they don’t know what’s going on and when they don’t trust one another, the administration cannot function.

Yes, even with the Trump administration, they do need to be able to function. We have an unhinged psychopath as President of the United States right now and the least we could ask for is that he has a staff that’s mature, responsible, and willing to hold him accountable or hold him back if necessary from doing something incredibly stupid and dangerous somewhere in the world.