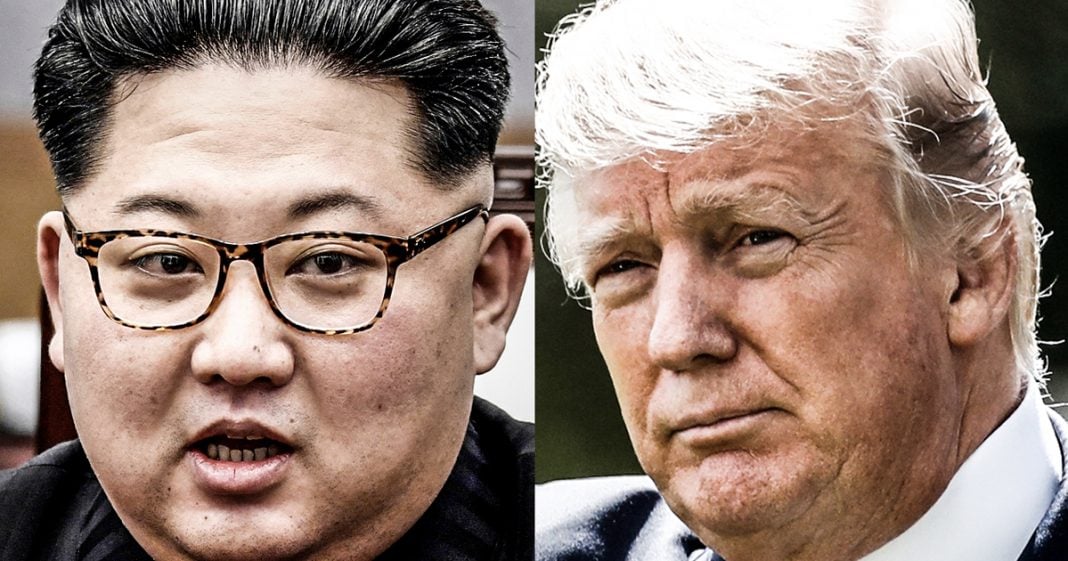 A CIA assessment of the situation in North Korea says that the country has absolutely no plans to denuclearize any time soon, if at all. However, the country is open to the idea of opening up a fast food burger joint in their capitol as part of concessions to the US. This is Trump’s master plan? Can we all agree now that Trump is a horrible negotiator? Ring of Fire’s Farron Cousins explains.

So the CIA has issued an assessment on North Korea ahead of the potential talks that may or may not eventually happen between Donald Trump and Kim Jong-un and here is what the CIA has found. They have found out that North Korea really has no intentions whatsoever of denuclearizing. They’re not getting rid of their nuclear weapons right now as they had, I guess, said and if they actually do end up “denuking” as Donald Trump says, it’s going to take no fewer than 15 years for them to really get to the point where they don’t have a nuclear weapon capable of striking somewhere in the world. So North Korea’s not gonna denuke. But North Korea has agreed, according to the CIA assessment to give some concessions and one of those concessions is that they might be open to building an opening a Western style fast food restaurant in the capital of Piyungan. Now here’s where we’re at and this is all Donald Trump, right? He’s the great negotiator. So this is what he’s gotten us. North Korea gets to keep their nukes. But they might open a McDonald’s or a Burger King or something like that.

So I guess everybody wins at this point and here’s where it gets even worse. The CIA assessment itself actually says that North Korea said they want to open this fast food joint as a potential place to have meetings with leaders from the United States. So they know Donald Trump so well, they know this guy loves fast food, that they’re actually willing to kind of break their own rule, build a western fast food company there just so he might be tempted to come into North Korea. We’re dealing with cartoon characters at this point, folks. Kim Jong-un thinks he can put a cheeseburger out on the floor and pretty soon, he’s gonna have Donald Trump stuck in a bear trap because he can’t keep his hands off those cheeseburgers. I mean, this is the level of crazy that we’re dealing with here, not just with North Korea, but with the United States. Oh and another thing North Korea actually said they would be open to is having the United States come in and invest in infrastructure projects.

So US businesses might be able to go into North Korea, build some roads, bridges, build some buildings, maybe even build some hotels. So who do you think they’re pandering to here? They’re pandering directly to Donald Trump because they understand you give him a little bit of money, maybe a cheeseburger or two, and you can get away with not having to destroy any of your nuclear capabilities because the only thing Trump cares about is money and again, occasionally a cheeseburger or two.