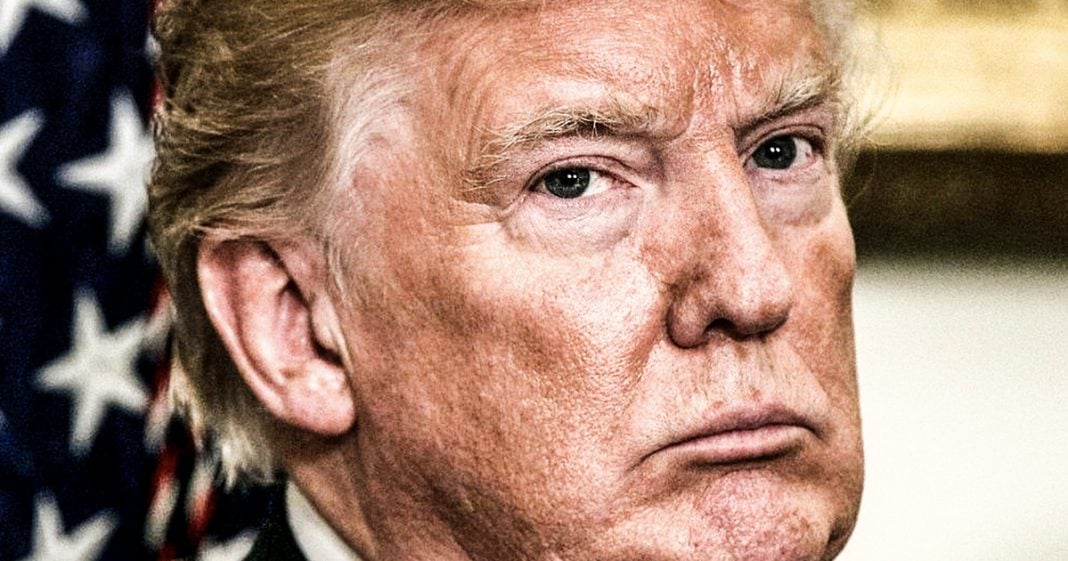 According to the latest round of Gallup polling, Republican voters no longer believe that “moral leadership” is important for Presidents. This is likely due to the fact that the current Republican President has no morals to speak of, and Republicans are trying to shift their views to justify the horrible man that they elected. Ring of Fire’s Farron Cousins discusses this.

According to the latest round of Gallup polling, a majority of Americans across the political spectrum believe that moral leadership is important for the President of the United States. But here’s the kicker here. Just a few years ago, the number of Republicans who thought that moral leadership was an important quality for the President of the United States, it was at 86%. 86% of Republican voters thought that presidents should have a strong moral compass. That they should be moral leaders for the entire country. Today, thanks to Donald Trump, that number has fallen down to 63%. We’re talking about a 23% drop in Republicans who apparently now think, “Look, moral schmorals. A president doesn’t need those, you know? That’s just something that Liberals care about.”

Liberals, by the way, also believe that morals are very strong for the president. Their numbers are actually up from what they were about 20 years ago, because 20 years ago when Bill Clinton was going through impeachment, those numbers were actually flipped. So, there’s a very clear pattern happening here. When your party’s President seems to be in trouble, or at risk of impeachment, you suddenly seem to not care about morals as much as the other party. Meanwhile, the other party cares about them a hell of a lot more, and that’s what’s happening today. Donald Trump’s complete lack of morals, or ethics, or any kind of sense of right or wrong has made Republican voters believe that we don’t need those qualities in a president, much like with Bill Clinton in the 90s. Democrats thought that those values were not important either, but Republicans did.

Morals, ethics, those don’t rise and fall with the politics of the day. It’s not right for Republicans to do it now, just like it wasn’t right for Democrats to do it back then. You either have morals and ethics, or you don’t. I think right now, what we’re seeing is a lot of people in this country, whether Democrat, or Republican, or Independent, seem to not really care about morals as long as it takes down the other side. We are a country that is so bitter, and partisan, and divided, that we’re willing to throw away our own values and beliefs if we think that it’s going to hurt the other side, or help our side. This is where we’ve come as a country, folks. This isn’t good. This poll isn’t good news.

The previous polls from the 90s weren’t good news. It just shows that Americans are willing to close up their moral compass, put it in a drawer, whenever it benefits them, or whenever their morals seem to not benefit them. I think a lot of people in this country have lost their way. Left, right, center, whatever you want to call yourselves. We all have to get back on the same page and understand that treating other people like human beings, being respectful, being a decent person, not just being a decent person but being a decent person to everybody that you encounter. Those are important. And Donald Trump right now is helping to make people think that you don’t need those things to be successful, and you know what? Maybe you don’t. But success, money, power, those are meaningless.

You don’t get to take those things with you when you die. But you can, at least, go to your grave knowing, “You know what? I was a good person. A lot of people are going to miss me, and nobody’s going to say, ‘Thank god that guy is finally gone.” But that’s what’s going to happen with a lot of these people that are in power today. I don’t think they’re going to have too many mourners at their funerals. Again, because they lived their lives with no morals, no ethics, no sense of right and wrong. They only did whatever they had to do, screwed over whoever they had to, in order to get more money and more power.