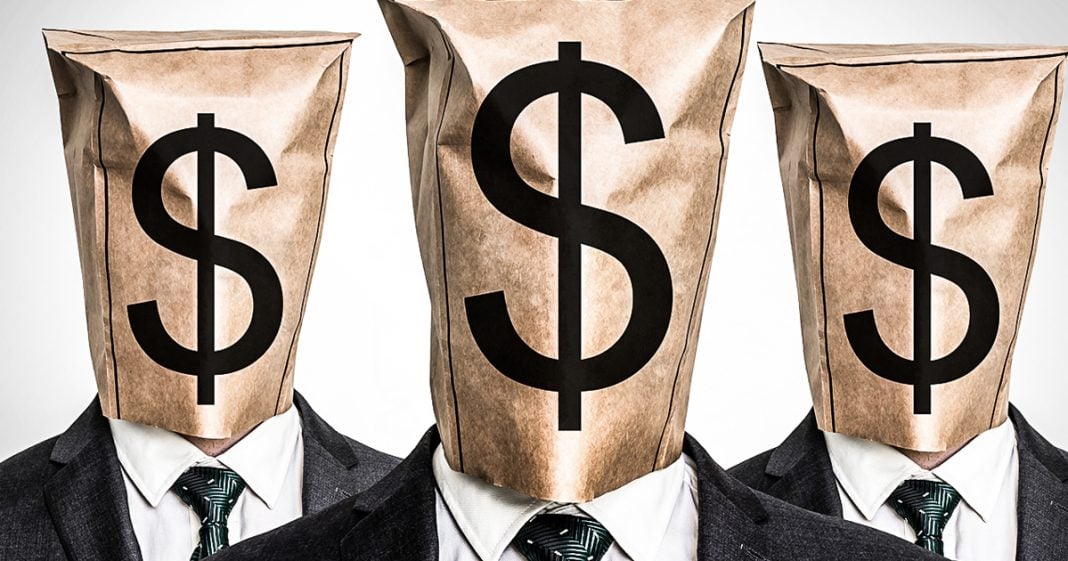 Those “wage increases” and bonuses that Republicans have been hyping as a result of their tax cut plan have come to an end, at least according to the CEOs who received those massive tax cuts. To make matters worse, these same companies are warning their employees that layoffs are right around the corner, so start looking for new jobs. Ring of Fire’s Farron Cousins explains why we should never trust Republicans on the issue of taxes.

Last week at a summit in Dallas, Texas, business leaders from some of the largest companies in the United States met. They did a Q&A, they did a panel discussion up on stage where they gave the state of American businesses here in the United States. Again, we’re talking about people from Coca-Cola, AT&T, some of the biggest companies operating in the United States and some of the most profitable. And one time during one of the panels, the moderator asked them, “What about raises? Everybody just got those massive tax cuts, you’re all hugely profitable even without that, so why are you not giving your employees more raises?” And the CEOs, the executives up on that stage admitted, one, they’re done with raises. Nobody’s getting any raises anymore. Those days are over, and most of the ones who got them, those were just temporary bonuses that will not happen again. And then they said something even worse. They said that in most industries here in the United States, at some of the biggest companies, layoffs are right around the corner, massive layoffs.

We’re talking about thousands upon thousands of American citizens who are sitting at work right now not realizing that the executives for the company they work for are planning on getting rid of their job. Now to their credit, some employees do know that their job is going to be disappearing soon because these executives also admitted that they’re telling some of their employees that now might be a good time to go and get a Nanodegree or a certificate in another field so you’re better equipped to go get a new job. They’re advising their employees to go back to school so they can go get a better job somewhere else because we don’t need them. Again, these are the same companies that just go, what was it, about 1.5 trillion dollars worth of tax breaks over the next few years, and they’re telling us that they’re gonna pocket all the money, they’re gonna use it for stock buybacks, they’re not giving employees raises, and they’re gonna start firing people.

The next time you hear a Republican, whether it’s an elected official or just some idiot wearing a MAGA hat talking about how great this economy is and how great the Republicans and Donald Trump are doing and how great that tax cut was, you tell them this story. You explain to them what’s actually happening because the CEOs, to their credit, were honest about it from day one. Even before the tax cut package passed, they already publicly admitted that they weren’t gonna use the money for raises, and now they’re admitting that the few people who got raises, they’re probably gonna lose their jobs in the near future anyway. Republicans cannot be trusted on the issue of tax cuts or the issue of the economy, and as much as Donald Trump wants to brag about how great the economy is right now, understand that we are the little piggy who built his house out of straw. That is what our economy is right now, and that wind, it’s really starting to pick up because those little pieces of straw are coming crumbling down any minute now.