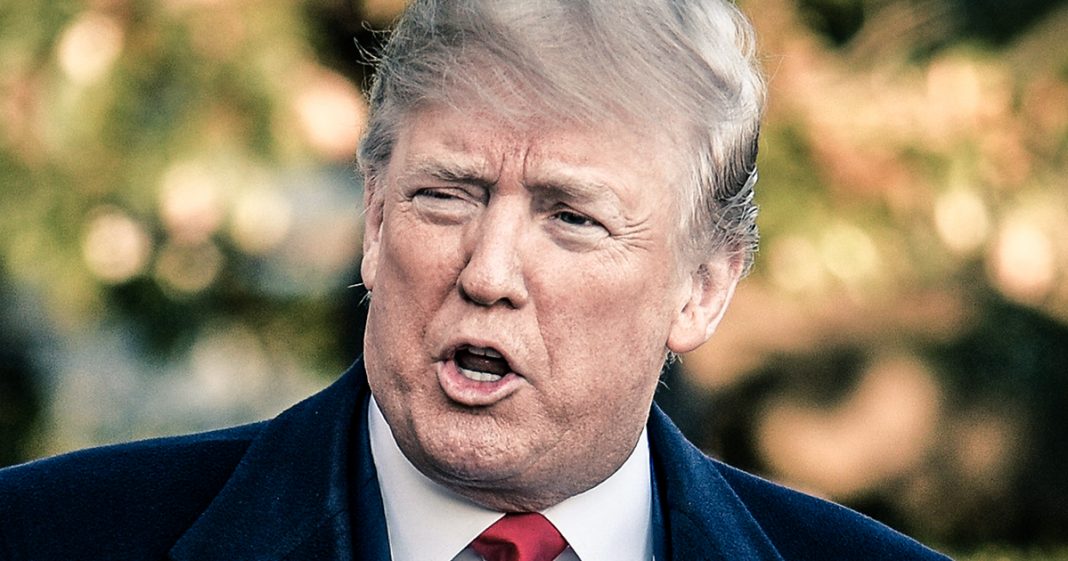 A new report shows that Donald Trump’s net worth continues to tank as his presidency limps on. In the last year, the President’s total worth has fallen by more than $100 million, as businesses and customers continue to flee most of the properties that showcase his name. Ring of Fire’s Farron Cousins explains how Trump’s toxic presidency is destroying his businesses.

But anyway! Let’s get to the point here. Donald Trump’s net worth continues to fall, because a lot of his properties here in the United States are losing their value. Why? Because fewer and fewer people in this country want to associate themselves with the Trump Brand. Office buildings that Donald Trump has currently owned are losing their tenants. They’re losing shops. They’re losing people that just simply don’t want to be around that Trump Brand. It’s toxic right now. Even though, yeah, Donald Trump is the president, still fewer than half of people in this country actually support him and approve of him, which makes associating your brand with his name, in his building, toxic for overall sales.

And, Donald Trump’s golf courses here in the United States continue to lose value, as well. People don’t want to go there. And let’s be honest, one of the biggest reason why Trump’s properties are losing value, and why Donald Trump himself is losing net worth, is because the people in this country who mainly support them, I would probably say 99% who support Trump, can’t even afford to go to one of Donald Trump’s golf clubs, or stay in one of his hotels, or go to his place out in Vegas, or rent an office in Trump Tower in New York. They can’t afford it.

Donald Trump’s not exactly attracting the best of the best here in the United States. And I’m not saying that to be offensive. I’m saying that based on the numbers that we’ve seen, and the typical profile of the average Donald Trump supporter in this country. They can’t afford to shop at his places. The people who can, sometimes do, but for the most part, they’re gonna go somewhere else. We’ve already seen reports that Donald Trump’s properties, especially Mar-a-Lago are certainly not as nice as most people would like to think that they are, so people who have the money to spend probably want to go somewhere that hasn’t been cited for repeated health code violations, as Mar-a-Lago has.

Donald Trump, the longer he stays the President of the United States, the more money he is going to lose, regardless of how much money he bilks out of the federal government. Because none of that is going to recoup the massive losses that his brand, and his companies, and himself, are going to suffer because he has made that name, Trump, one of the worst names in this country.