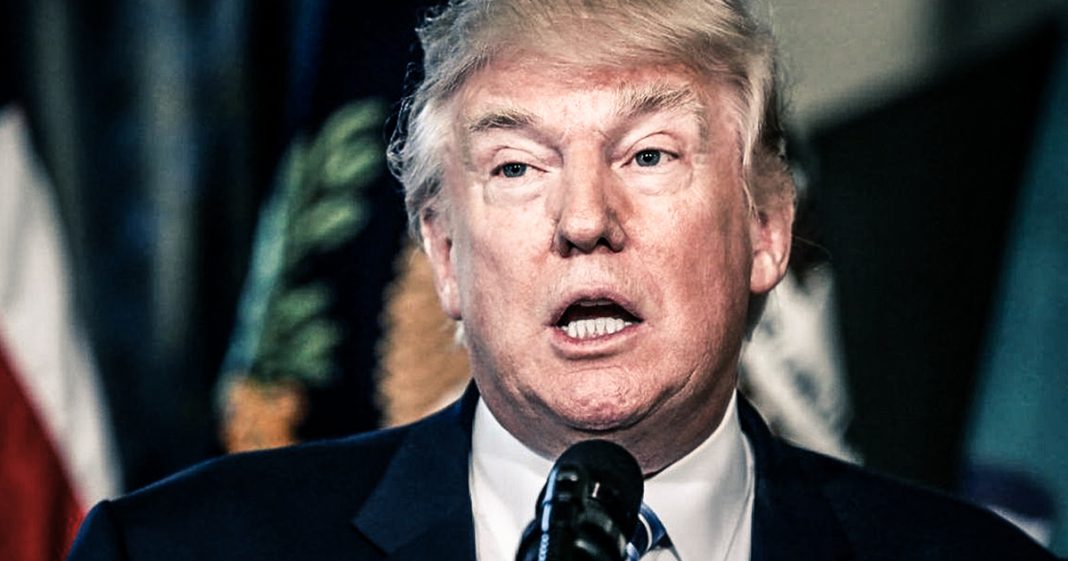 Donald Trump is going on a bit of a pardon spree, first by pardoning Dinesh D’Souza and then by saying he may be issuing pardons to people like Martha Stewart and Rod Blagojevic. The crimes that Trump is pardoning people for all have one thing in common – they are the same kinds of charges that either himself or his buddies could end up facing, so these pardons are sending a clear message that he’s not afraid to let people off the hook, as long as they remain loyal to him. Ring of Fire’s Farron Cousins discusses this.

On Thursday of this week, Donald Trump decided to go on a little mini pardon spree, either pardoning or saying he may in the future pardon several people who have committed some crimes that actually seem very familiar.

Now, there’s a lot of theories out there as to why Donald Trump started issuing these pardons, so let’s focus on the biggest and most likely to be true theory out there and that is that Donald Trump is pardoning people who committed crimes that either he himself or former members of his campaign are currently under investigation for.

Then you have Rob Blagojevich, who was also a contest on the Celebrity Apprentice, who was convicted of 18 felony corruption charges after he tried to sell a Senate seat. Now, corruption, that kinda sounds like everybody within the Trump administration, right?

And then of course you have his saying he may pardon Martha Stewart as well. She was convinced on conspiracy, obstruction of justice, and making false statements to investigators. Now, it’s that one, that making false statements to investigators that probably applies to a lot of people who’ve already met with Robert Mueller and the special prosecutor’s team.

But the message that Donald Trump is trying to send right now is very clear. If you don’t flip on me, if you are loyal, as all of the people he’s pardoned have been, Martha Stewart had hosted an Apprentice spin-off, and let’s not forget Joe Arpaio, who got pardoned months ago, who is an ardent Donald Trump supporter.

But anyway. Trump’s message is “Don’t flip on me, stay loyal. And don’t worry, I’m going to pardon you in the very near future.” Well, I’ve got some bad news for Donald Trump. But I’ve got some good news, too for him. The good news is that unfortunately, a president can pardon pretty much anyone, even suspected of a federal crime. And that’s the key word here, federal crime. We’ll get more on that in a second.

But yes, Donald Trump can actually pardon people even before they have been convicted. He can pardon people while an investigation is going on, and that ends it. I’m sure he doesn’t know that, so please, nobody tell him, but yeah, legally speaking, he is allowed to do that, and he can issue blanket pardons, and say, “I’m pardoning Joe Smith for any federal crime against the United States that he may have committed between 2001 and 2018,” and it works. That’s how it does.

That’s how Gerald Ford pardoned Richard Nixon. But here’s the thing. Like I said, that’s only federal crimes. He can’t pardon people who committed state crimes, which is one of the things that Michael Cohen, his attorney is under investigation for. Most of the grievances so far against Cohen are state crimes, not federal crimes. So Michael Cohen, the biggest person he’s worried about flipping, he can’t even pardon him!

So yeah, Cohen has every reason in the world to still flip on Donald Trump and hand over evidence or whatever he may have, because Trump can’t get him out of this. It’s a state crime. Yes, he’s also being investigated for some federal crimes, too. He could pardon him for those, but not the state ones. Get the same outcome, really.

So, the other thing is that if Trump didn’t want people to flip on him, maybe he should have sent this message, I don’t know, like a year ago? When the investigation was in its early days? Because by now, people have already flipped. They’ve already cut deals. They’ve already made agreements with prosecutors; we know that that has happened, so little too late for that. But nonetheless, you go ahead and you keep pardoning all your horrible, right-wing friends just because they support you.

I know Martha Stewart’s not right-wing, she’s not a Trump supporter, but she was loyal to him at one point when she had the little spin-off. But the bottom line is that Trump thinks he’s sending a clear message to people who are being investigated right now. But in reality, he just kinda screwed things up for himself a little bit more, because he doesn’t fully understand what the president can do, but more importantly, what the president can’t do.