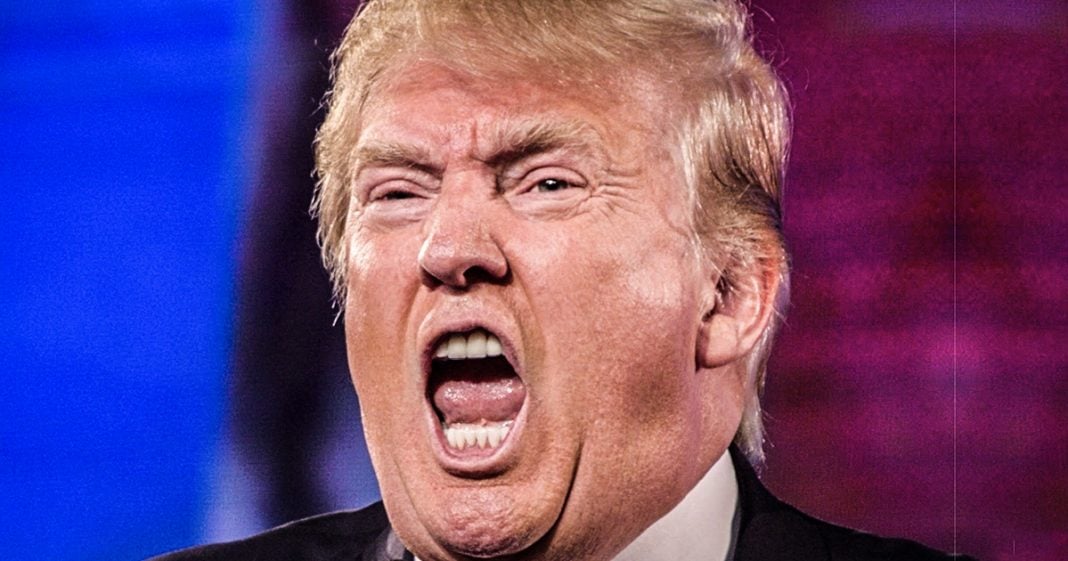 Dallas Cowboys owner Jerry Jones admitted in a deposition in the Colin Kaepernick lawsuit that Donald Trump himself is the man who wanted the NFL to do something about both Kaepernick and the issue of kneeling during the National Anthem because Trump thought it was a “winning issue” for him. Not only does this mean the President was manipulating the message about the protests, but he may have broken the law by interfering with a private business for political gain. Ring of Fire’s Farron Cousins explains the issue.

Dallas Cowboy’s owner, Jerry Jones, said in testimony for the Colin Kaepernick collusion hearings, that Donald Trump, himself, gave him a telephone call and told him to back off on the issue of protecting these kneeling players during the National Anthem. He said it was a winning issue for him, according to Jerry Jones. A statement that the White House actually backed up. They agreed with Jerry Jones testimony that, yes, Donald Trump does say this. He did say this. He made the phone call because it was a winning issue for Donald Trump.

Furthermore, what we’re learning about this whole Colin Kaepernick collusion story is that, yes, the NFL owners, according to leaked audio tape that came out a couple of weeks ago, they did agree, at the urging of the President, to not hire Colin Kaepernick as their quarterback and now we find out that, yes, Donald Trump personally intervened in this particular issue, which is players kneeling during the National Anthem to raise awareness of police brutality, that Donald Trump, himself, inserted himself into the NFL policy, made them change it in order to punish these players because Donald Trump thought it would be good for him politically. He told Jerry Jones that. He said, look, this does wonders for my numbers. It energizes my base, it’s good for me.

Well guess what Mr. Trump, that’s a felony. Did you know that it is a felony for the President of the United States to actually insert himself into a private business and affect their policy in a way that would benefit him politically; because it is. And that is exactly what Donald Trump has done in this particular situation. Attorney Mark Geragos, who is a well known and well respected attorney here in the United States, made it very clear that yeah, this seems to indicate that Donald Trump has committed a crime in this particular situation. So not only do we have the issue of NFL owners colluding to keep Colin Kaepernick out of the league but now, they freely admit that Donald Trump injected himself into the controversy because he thought he could gain from it politically, which is a crime.

Donald Trump does not know the boundaries of the office of the Presidency. He is too stupid to fully understand that the President can’t do some things. He is eventually going to go down for this. Maybe not in this particular instance, but one of the many crimes this man has committed, something has got to take him down. He is too irresponsible, reckless, and stupid to properly serve as the President of the United States. He can’t stop himself from breaking the law or pushing the limits of what is legal for the President and now this particular issue with the NFL; I would love to see this be the final nail in his coffin.

I am sick and tired of seeing Donald Trump go out there, use his power in ways that are potentially illegal to just get his way so that it makes him look better. This narcissist in chief has got to go. And I hope that there are good prosecutors out there, that we have other investigators other than Robert Mueller and his team, looking into some of these things that Donald Trump has done because, at this point, we are the laughingstock of the rest of the world and it’s because we have a wanna be criminal sitting in the Oval Office.