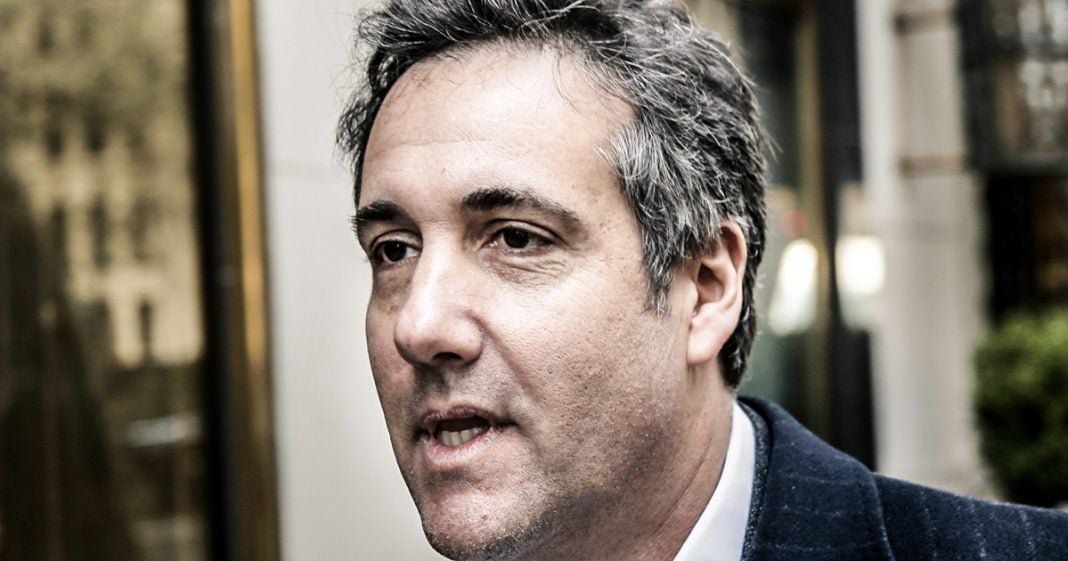 Prosecutors in the Michael Cohen case told the judge this week that they would need an extra two to three weeks to piece together documents obtained from a shredder at Cohen’s office. This is bad news for Cohen and his client Donald Trump, as prosecutors wouldn’t be piecing these documents together if they didn’t think it was worthwhile evidence. Ring of Fire’s Farron Cousins discusses this.

Things are looking really bad for Donald Trump’s lawyer, Michael Cohen. This week, during court hearings, we learned that the prosecutors in this Cohen case are actually going through shredded documents from a shredder that they seized during the April ninth raid of his offices, and they’re putting the documents back together. They are taking these shredded pieces of paper, matching them up with where they go, taping them back together so that they can find out what Michael Cohen was trying to get rid of. In fact, they had to tell the judge that they’re gonna have to wait at least two to three weeks before they’re able to hand over all of the materials that the defense wants them to hand over so they can review them because it’s taking so long to, I guess quite literally, tape these pages back together.

They also are not able yet to turn over two Blackberries to the defense because they’ve been unable to access the data inside of them, but here’s the thing. Prosecutors, investigators, they’re not gonna go through the time of literally reconstructing documents if they don’t think that there is some kind of important evidence inside those documents. The fact that they are taking the time to do that, that they are going through mountains of shredded paper to match them back up with their other pieces shows that Michael Cohen obviously had things he didn’t want them to see and got rid of, but now he is pretty much screwed.

We also learned in the court hearings this week that, yes, there are tapes, not the pee tape that everybody wants to see, but Cohen did record conversations that he had with clients and with other people. According to Michael Avenatti, Stormy Daniels’ lawyer, you can hear on one of the tapes a voice that is very clearly Donald Trump’s. We don’t know what was said in the tape. Avenatti says that these tapes should be released to the public so that we can hear what’s going on, what Michael Cohen said, and what this voice that is, according to him, obviously Donald Trump said. Did Trump know about the payment to Stormy Daniels? If so, that’s illegal. We can just add that to the list of illegal things that the President has done in the last 12-18 months.

But the bottom line is that Cohen has no good way out of this. He is either gonna have to go to prison for a very long time, or he is going to have to agree to flip on Donald Trump and give the evidence against him that can be used by Robert Mueller or anyone else trying to prosecute him. Those are the man’s only two options at this point. I know he thinks that maybe some day he’ll get a presidential pardon, like Dinesh D’Souza did Thursday morning, but you can’t wait around on that, right? Because given what we know about Trump, it doesn’t seem that he has a lot of time left in office, especially if that alleged blue wave does come in November. Donald Trump’s days will be numbered and it’s going to be a very low number. So, Cohen needs to decide right now. Is it gonna be prison for possibly the rest of his life, or is he gonna give up the dirt on Donald Trump? ‘Cause those are the only two options that this guy has left.