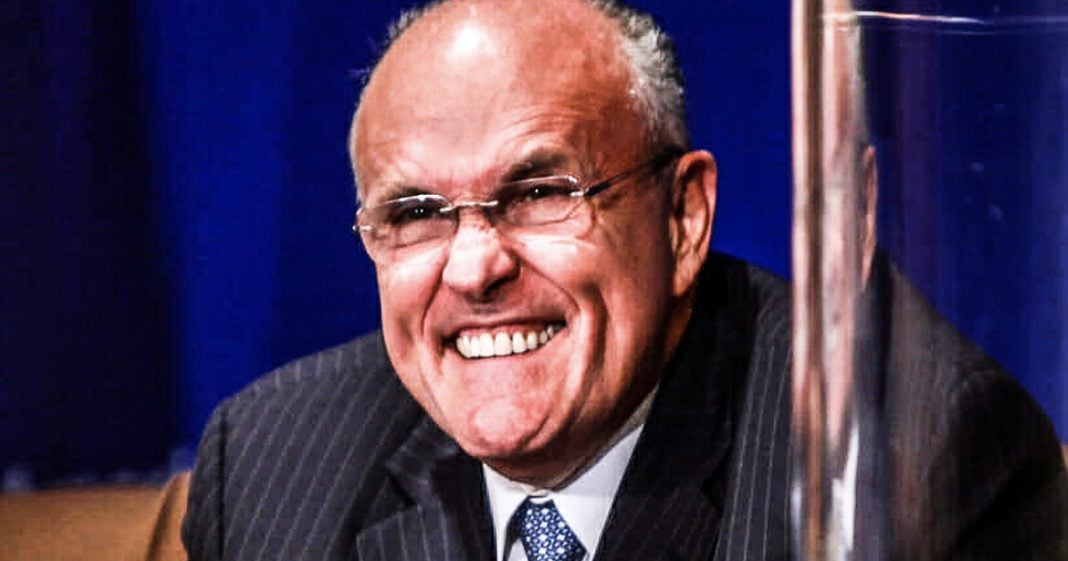 During one of his most embarrassing interviews yet, Rudy Giuliani admitted that he can’t be completely confident that the Trump campaign didn’t collude with the Russians. He then proceeded to say that he isn’t sure what that would mean for the President, but we can probably all agree that it means he has the worst attorney in the country. Ring of Fire’s Farron Cousins discusses this.

On Sunday morning, Rudy Giuliani thought it would be a good idea to go on CNN and talk about the latest in the Robert Mueller investigation. As you would expect, Rudy Giuliani immediately went off the rails and quite possibly admitted that yes, people in the Trump administration actually did commit a crime. Take a look at the clip.

Alisyn Camerota:
How are you so sure that there was no collusion with anybody in the campaign? We don’t know exactly what Robert Mueller and his team has right now. Do you know something we don’t?

Alisyn Camerota:
Well, maybe not necessarily against the president himself, but people in his orbit. You’re confident that there is no collusion?

Rudy Giuliani:
I can’t be confident about my client. I mean am I confident because I was in that campaign at a very intimate level? Nobody talked about Russians. Nobody knew about Russians. This came as a surprise to me, to the president, and to the top four or five people around him. Now you go out to the outer orbit, how do I know what’s going on? I don’t think that would matter. This is collusion with a guy 50 rungs down on the campaign. Not that I’m saying it happened, but if it did, I don’t know what that means.

You know, I love how Giuliani ends that clip. “I don’t know what it means,” he says. Well, I think everybody watching knows exactly what it means and it means that Donald Trump hired the worst attorney in the United States. I mean seriously, you had one job. That one job is to go out there and convince the public and argue in front of Robert Mueller that collusion never happened.

Here you go on CNN with Alisyn Camerota and you say, “I can’t be confident that it didn’t happen. It probably wasn’t Trump. Maybe some guy 50 rungs down the ladder,” even though we know it was a guy who’s about one rung down the ladder and possibly even Trump himself considering all the evidence we have about Jared Kushner and Donald Trump Jr. Yeah. Look, I want Donald Trump to go down as much as the next guy, but at this point, it’s just a little too easy. I mean I almost feel some sympathy for the guy here because he has hired the worst attorney in the country. I don’t actually feel sympathy for him, so please don’t yell at me for saying that.

Here’s the thing, Giuliani should know better. I mean the guy just celebrated his 74th birthday. 74 years old. All right? He’s had 74 years to get it together and yet every time he goes out in the media, does an interview, it becomes a massive train wreck. This is not the first time that Giuliani has admitted that maybe this administration or the campaign committed crimes. “I don’t know. I’m new here. I haven’t gone through everything yet” was the last excuse they gave for his horrible interview where he admitted that Trump may have paid off other affairs that he had had. Here we are, folks.

Rudy Giuliani going out there in the media constantly making a jackass out of himself and possibly implicating his client, Donald Trump, in more crimes.