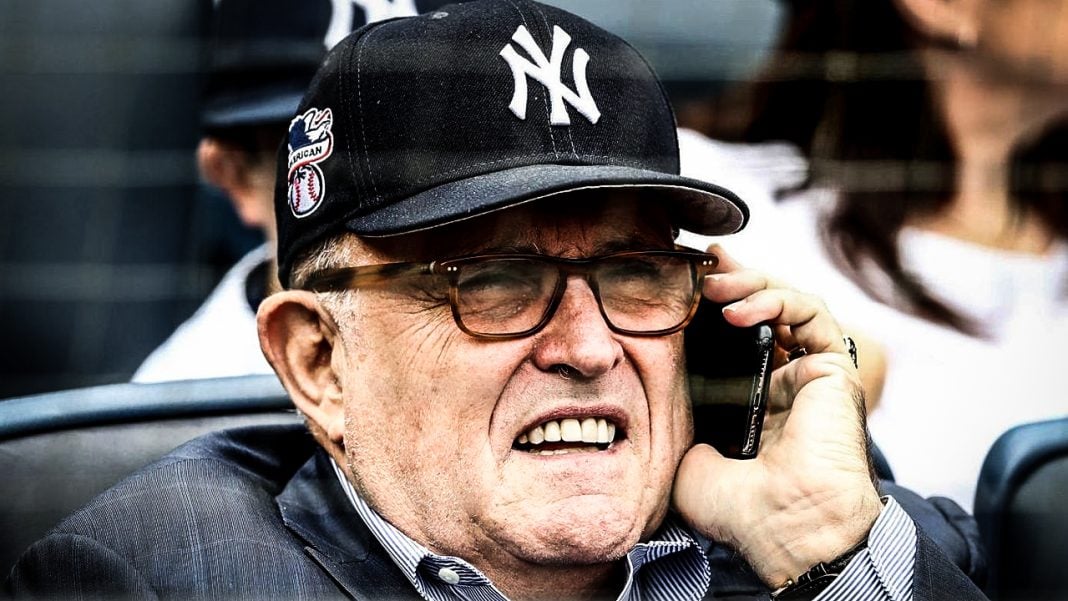 Former New York City mayor and current Trump lawyer Rudy Giuliani was loudly booed during a recent New York Yankees baseball game when they announced that it was his birthday. This is a major fall from grace from the man formerly known as “America’s Mayor,” and shows just how little respect people have for him and for the entire Trump administration. Ring of Fire’s Farron Cousins discusses this.

On Monday, Rudy Giuliani celebrated his 74th birthday, and he decided to celebrate his birthday by going back to the Bronx in New York and attending a New York Yankees game. Unfortunately, for Giuliani it didn’t go exactly as he expected. Take a look.

Here’s what’s remarkable about that crowd of New Yorkers booing, very loudly, and sustainably, Rudy Giuliani for his birthday at Yankee Stadium. Giuliani, as we all know, was the mayor of New York City on September 11th, 2001. He gained a lot of nationwide attention for how he handled that. He became known as America’s mayor. Everybody loved him. They were willing to overlook all of the horrible things that this guy had done in his past as mayor of New York because of how he handled that situation.

He could have retired with that good will that he had received. People wouldn’t necessarily go digging back through his history to find all the horrible things that he’s done, and that could have been the end of it. He could have been going to Yankees games all the time where they would give him a standing ovation when they announced it was his birthday, but instead he chose to ruin his reputation, force all his demons from the past to resurface and be forever known as the idiot representing Donald Trump in the Muller investigation.