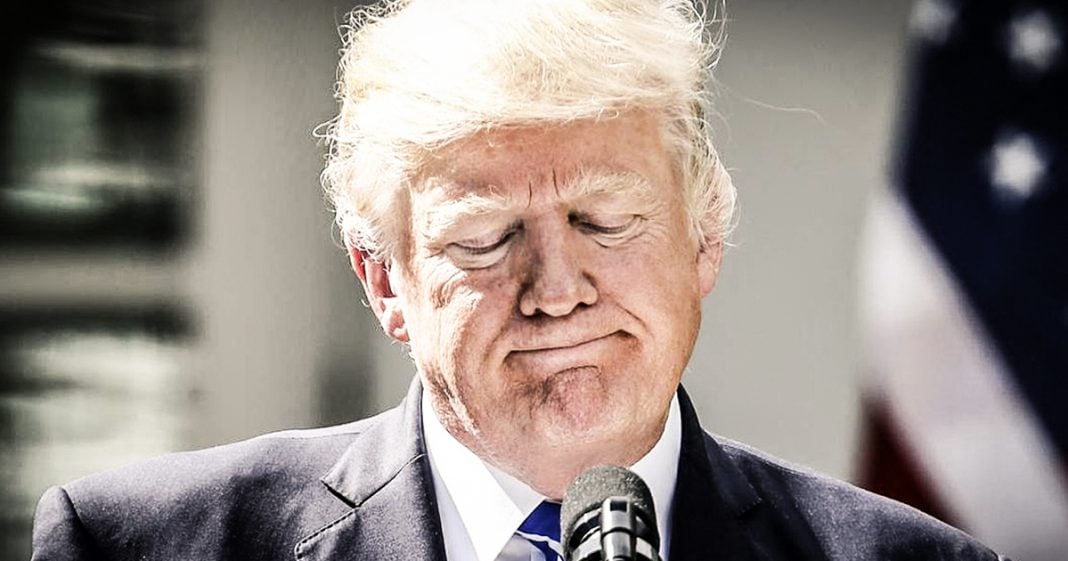 According to new reports, the Trump administration somehow managed to LOSE 1,475 immigrant children in 2017. At the moment, the government is completely unable to account for these children that were taken into custody by the federal government, creating a massive humanitarian and human rights problem for this administration. Ring of Fire’s Farron Cousins discusses this.

In a report that came out last Friday, it was revealed that the Trump administration, the Federal Government of the United States, has lost 1,475 migrant children that they placed into custody after removing them from their parents. Now, this story came out after the Trump administration announced their plans that once migrants come over into the United States, they were going to separate children from their parents. And essentially right now, a lot of children are waiting in government warehouses for the government to find out where to send them.

Now, these 1,475 missing children were actually separated from their parents in 2017 when the Federal Government took about 7,000 or more children of migrants into custody. 1,475 children, human beings that the Federal Government was responsible for, the Trump administration, and they’ve just lost them. They don’t know where they are. They put them in custody. They gave them to people and now they can’t find them. They don’t know if they’re still in the United States. They don’t know if they’re still alive. They just know that they separated them from their parents and now they’re gone.

Here’s what Republican Senator Rob Portman had to say about this issue of the almost 1,500 missing children in this country. “It’s just a system that has so many gaps, so many opportunities for these children to fall between the cracks, that we just don’t know what’s going on.” That’s very reassuring. That’s what you want to hear a senator tell you when you say, “Hey. The government took about 1,500 and now they’re gone. Do you know where they are?” “Oh, they fell through the cracks.”

According to a documentary on PBS’s front line, the government has actually been handing over some of these children to known child sex traffickers. So yeah, I think it’s fairly important that we figure out where the hell these children went. These children came over here with their parents. The Federal Government separated them, which is also now the official policy, and then they lost them. They could have given them to dangerous, violent criminals. They could have given them to sex traffickers as PBS says. We don’t know and neither do they. And so far, it doesn’t seem like anyone in the Federal Government is taking this issue seriously or even trying to find out where these almost 1,500 missing migrant children have gone to.