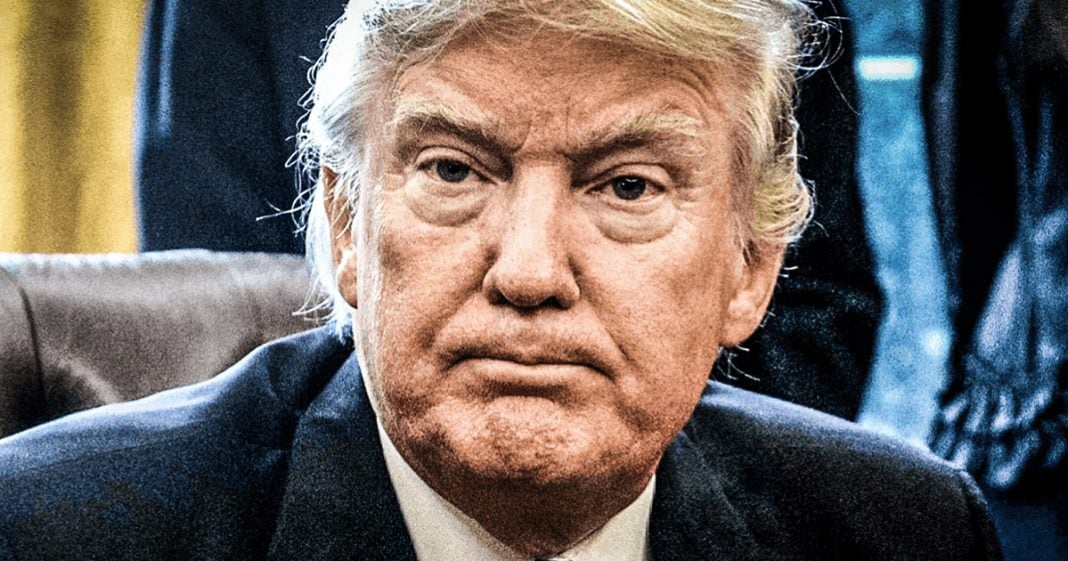 According to staffers who recently spoke with The Washington Post, not only does Donald Trump not understand a single thing about immigration policy, but he is also obsessed with deporting as many people as possible. The President went as far as to try to convince Jared Kushner and Stephen Miller to let him throw some racially-charged immigrant bashing into his 2017 address to Congress. Ring of Fire’s Farron Cousins discusses this.

Now keep in mind, this is the guy who’s built his entire campaign and his administration on sending people back over the border, and according to these staffers, he doesn’t know where it is. He doesn’t know what it is. He just knows that he wants a wall along it so we can start throwing people back into Mexico, over that wall. Furthermore, Homeland Security Secretary Kirsten Nielsen, they’ve said that she is not a fan of Donald Trump’s wall idea. She doesn’t like it and her job has become basically impossible because she’s trying to teach Donald Trump what immigration policy is in the United States because staffers say he doesn’t even know what that is, and he’s just getting mad at her because he wants her to deport more people faster.

They have described Donald Trump as being obsessed with immigration here in the United States, and, as if this story couldn’t get any worse, here it goes getting worse. Back in 2017, when Donald Trump was about to give his first joint, speech to a joint session of Congress, excuse me. He met in the Oval Office before the speech with Jared Kushner and Stephen Miller and there were a few staffers present as well. Miller and Kushner actually managed to get Donald Trump to soften his rhetoric a little bit about immigrants before he gave this speech.

Apparently, he wanted to go in there and according to the staffers who were present, he wanted to make up Hispanic sounding names, then associate them with some made up crime, and then say that they had been deported because he thought the crowd would cheer wildly. Donald Trump had proposed to Kushner and Miller, who for some reason had a stroke of lucidity for a moment, decided tot alk him out of it, but the President wanted to lie to Congress, make up fake people, fake crimes and a fake deportation just to see if they would give him cheers like he gets at his rally.

Everything the president says is a lie. I don’t believe a word that comes out of this man’s mouth, and neither should you. Neither should anybody in this country. Next time he gives a rally and says that oh yeah, we deported some guy who killed this person and he was Hispanic, don’t believe it. We have evidence now, we have witnesses that he literally makes this stuff up, and he runs it by his staff to see if they like it.

Apparently, according to the people in that room, Kushner and Miller both laughed at the possibility of him doing this, but they ultimately stopped him. I know a lot of think pieces have come out since the election, saying Donald Trump won because of economic anxiety of Midwestern voters. That’s not what it was, ladies and gentlemen. We know what Donald Trump is all about. We know why he is obsessed with deporting dark-skinned people. We don’t even have to say it because we all know exactly what it is.

That is what Donald Trump built his campaign on. That is what energized the alt right, and that is why the alt right feels so powerful today. Because they know that they’ve got a guy in the White House who thinks the same way they do and hates the same kind of people that they hate.