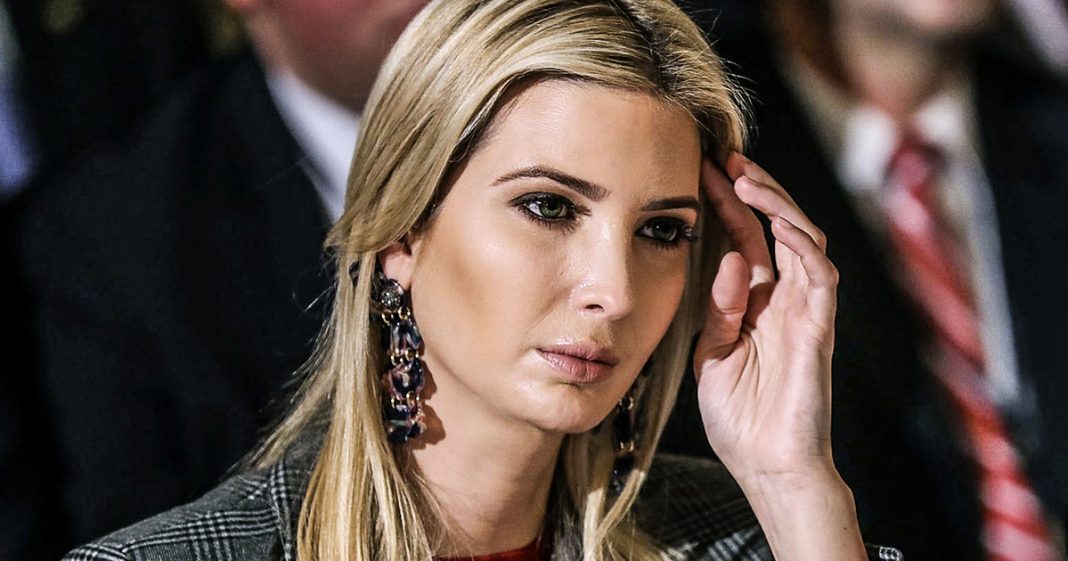 Ivanka Trump has decided to hit the campaign trail to help out embattled Republicans in this year’s midterm elections, and she’ll be headlining two events in the coming weeks for Republican House Majority Leader Kevin McCarthy. Too bad Republicans don’t understand that, while she may be more like than the rest of the Trump family, most people view her as both complicit and incompetent as a member of the Trump White House. Ring of Fire’s Farron Cousins discusses this.

A few weeks ago, Donald Trump, Jr. announced that he was going to go out on the campaign trail this year and help to save the Republican Party from the potential blue wave coming in this year’s mid-term elections. Well, apparently that hasn’t gone too well. So, Republicans instead are turning to a different Trump progeny and that is Ivanka Trump. Ivanka Trump is now scheduled to headline two fundraisers for Republican House Majority Leader Kevin McCarthy in California in the next month.

I guess Republicans at this point understand that Don, Jr., with his brashness and his father’s ego and his overall, you know, grossness, is a lot less appealing to voters than somebody like Ivanka, who is capable of speaking in complete sentences, who is capable of giving a speech without offending anybody, but at the end of the day, just like the rest of the Trump family, people don’t really trust Ivanka Trump. I don’t think Republicans understand that. To be honest, I don’t want them to understand it.

Ivanka Trump has been hammered since the start of this Administration as being complicit with everything that her father has done, as being incompetent in terms of being the voice of reason within the Trump Administration, and she even admitted that it’s pointless for her to try to change her father’s mind on issues and to soften on horrible things that he wants to do because there’s just no way around it.

What are these Republicans expecting Ivanka Trump to do? More importantly, what are they expecting the voters who come and see her, what are they expecting them to forget? These people remember before Donald Trump was inaugurated, Ivanka Trump was hoisted up as the alleged voice of reason. Perhaps, even a liberal voice within the Trump Administration. She was going to soften him on climate change. Get him to understand that better. She was going to get him to be really good on women’s issues and LGBTQ issues and none of that happened.

He’s been horrible for the environment. He’s been horrible for women, both professionally as President and personally throughout his entire life, and he’s been God awful on LGBTQ issues. So, what is Ivanka bringing to the campaigns? Why do people even want her around? She is seen as an abject failure by almost everyone who has been paying attention. Again, hoping the Republicans don’t notice that because if they think that bringing on a member of the Trump family is going to help them in this year’s mid-terms, then that blue wave might actually be bigger than we’re already expecting it to be.