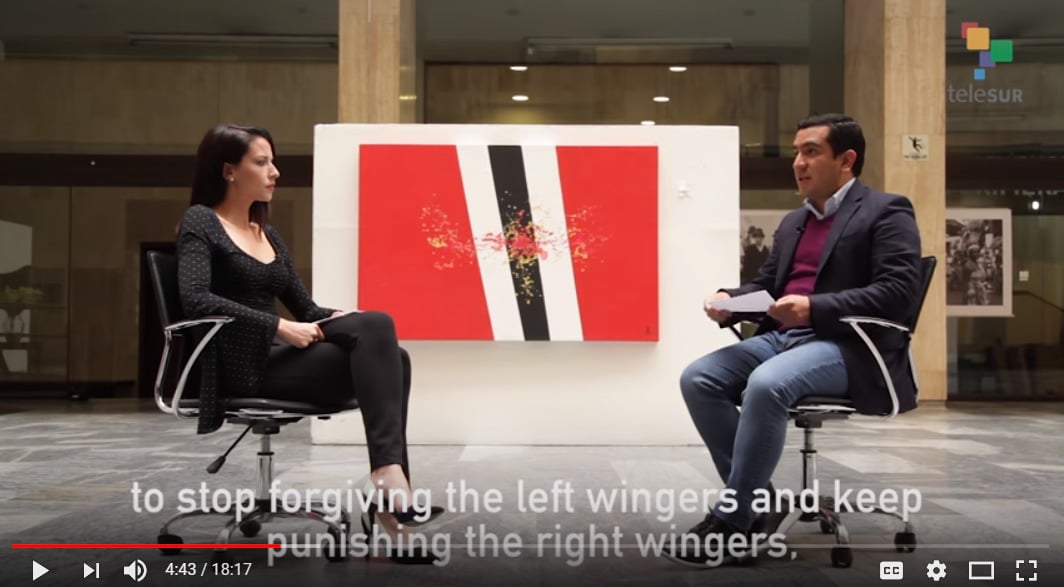 Colombia’s presidential election could determine the fate of the historic peace deal ending their 53-year civil war. While most in the country want to honor the agreement, Colombia’s right wing has been a fervent opponent.

In Bogotá, Abby Martin interviews Congressman Edward Rodriguez, a leading member of the far-right Democratic Center Party founded by former President Uribe. She challenges him on his party’s ties to death squads, drug cartels and potential to reignite the war.

Martin also visits the government office dedicated to compensating the civilian victims and speaks with Director Ana Maria Almario about their monumental task.