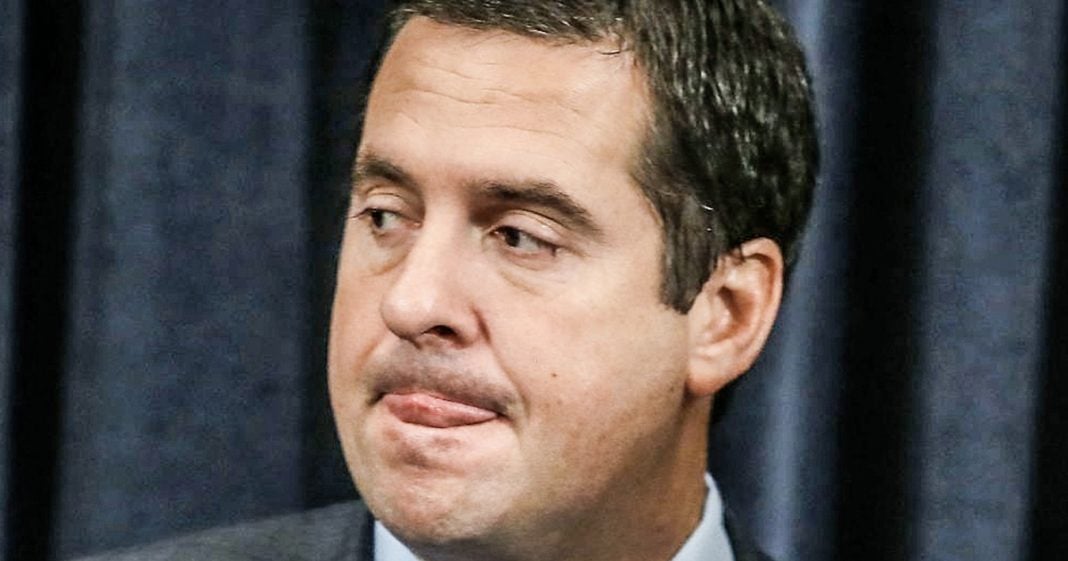 A winery that is partly owned by Republican Congressman and known leaker to Trump Devin Nunes was busted a few years back for auctioning off a yacht trip for charity, but employees say that this yacht trip turned into a cocaine-fueled party filled with prostitutes. One worker sued the winery and received a settlement due to the conditions they put her under at this party, but the company swears that co-owner Nunes was completely in the dark about the whole thing. Ring of Fire’s Farron Cousins discusses this.

Republican lawmaker Devin Nunes, most of the time when we hear his name it’s because he’s done something stupid, or he’s accusing the DOJ and FBI of some kind of shadow operation, and then he immediately runs and goes and leaks it to Donald Trump. But a story actually came out this week that has nothing to do with any of the political stupidity of Devin Nunes, yet it still involves Devin Nunes.

According to a lawsuit that was filed back in 2015, a winery that Devin Nunes is a co-owner of, Alpha Omega Winery, they auctioned off a yacht trip as part of a charity thing that they were doing back in 2015.

The lawsuit that was filed was from an employee of Alpha Omega who was on that yacht trip to help out, and she said that not only was she harassed and treated very, I guess poorly would be a good word to use there, during this trip, but also that the people who purchased this charity yacht trip basically engaged in a cocaine-fueled prostitute party where they brought a bunch of sex workers onto this yacht, lined them up, the men would do a line of coke, according to this employee in her lawsuit which was settled by Alpha Omega, so they paid out to keep her quiet.

They would do a line of coke, and then they would pick a prostitute out of this line-up that they made, and then they would go off and do whatever. The employee says you could hear sounds that were very obviously sexual activities taking place on areas of the yacht. And again, this is a winery that Devin Nunes is a co-owner of. Nunes was invited by this group back in 2005, 10 years before the yacht trip, to come in as an early investor, which he did.

Now there’s nothing at all that suggests that Devin Nunes knew about this, was involved in it, he wasn’t even there at the time when the auction took place. He certainly wasn’t on the boat, so he did not orchestrate any of this. However, he is a co-owner of the company, which does make you responsible for what happens within that company. And when you send employees to go basically chaperone this cocaine-fueled sex party, that does fall back on you. That’s something you need to be held accountable for.

This isn’t a story of just, oh something linked to Devin Nunes, got in trouble, no. This is a direct reflection of Nunes himself. If you want to invest in a company, that’s fine, but you also have to understand that you’re not just investing in their success, you’re investing in their liabilities. Any lawsuit that comes out, any settlement, any arrests, that all comes back to your name, Mr. Nunes.

I am anxiously awaiting your response to this story and the lawsuit that had been settled a while back, because I want to know exactly what you think. Are you going to keep your money in this company, with this group that allowed this to happen, that allowed their employees to be exposed to this kind of danger, which is what the woman said in her lawsuit?

They were fearful, they were frightened, and as a co-owner that comes back to you. It’s your responsibility, whether you’re ever at that winery or not, to make sure that the employees who work there feel safe and secured, and they’re not subjected to any kind of situation where they would feel like their lives are in danger. That’s on you, Nunes.