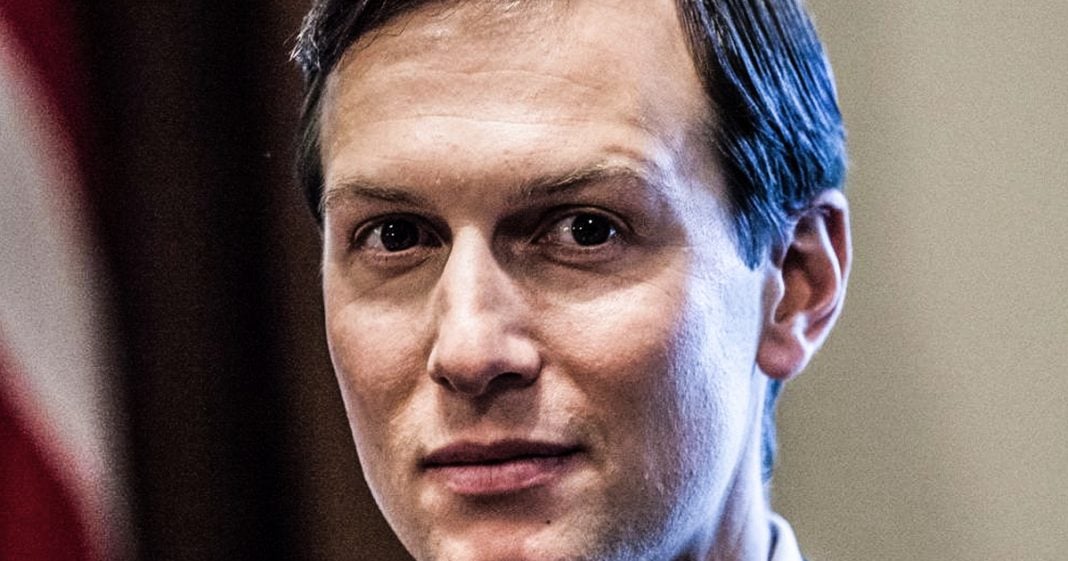 Jared Kushner has FINALLY gotten a full security clearance after trying and failing for a year and a half. But this doesn’t mean that the man is suddenly trustworthy, it just means that he was able to submit a request form that didn’t omit any information. Kushner cannot be trusted, and the results of the Mueller investigation are likely going to prove that, as Ring of Fire’s Farron Cousins explains.

Well ladies and gentlemen, it only took a little over a year and a half, but Jared Kushner was finally able to submit a security clearance form and get approved for a full-time security clearance for his position in the White House. Now, in case you were wondering, Jared Kushner had to amend his, SF86 is the form you have to fill out, I believe more than 50 times over the last year and a half, and he actually submitted his first SF86 before Donald Trump was even sworn in as President. This happened back in 2016, almost immediately after Trump won the election from the Electoral College. So Jared Kushner’s been trying basically since I guess November 2016 to submit a form that was not riddled with errors. And I guess he finally managed to do it because the White House said, “You know what, to hell with it, give this guy a security clearance because God only knows how many more times it’s going to take for him to fill out a proper form.”

Of the mistakes that he had made in the year and a half since he first filed, it included omitting more than 100 foreign contacts on his SF86 form. Those are things that, you know, the bureau that issues these security clearances, that’s something they want to know about. Are you compromised? Do you have contacts overseas that might be compromised with their own governments? Are you a double-agent? Are you somebody who’s going to betray the United States through your contacts? Yeah, they need to know those things, especially since we know that Robert Mueller is very interested in all of the foreign contacts that you have, because most of them so far that we’ve learned about, haven’t exactly been friendly towards you.

Not only were you meeting with foreign governments who offered aid to the Trump campaign, but you were also pulling some pretty shady real estate deals with them as well, specifically with people from the UAE and Qatar. I am shocked that they actually decided to go ahead and give him this full-time, all-access pass, but I’m willing to bet that the White House played a major role in this because they couldn’t suffer any more embarrassment at the hands of Jared Kushner, who proved more than 50 times that he can’t fill out a simple form honestly.

Jared Kushner does not belong in the White House whatsoever, and the fact that this guy is now going to have access to top secret information that only a few people in this country have access to, should scare the hell out of all of us. And again, it goes back to those foreign contacts. Jared Kushner is the kind of stupid that makes him easily manipulable to overseas sources. And considering all the times they’ve already tried to get to him, and the fact that they even refer to him as “A dummy”, shows that they know that now that Jared Kushner has access to this info, he is the kind of moron who would willingly leak it to them.