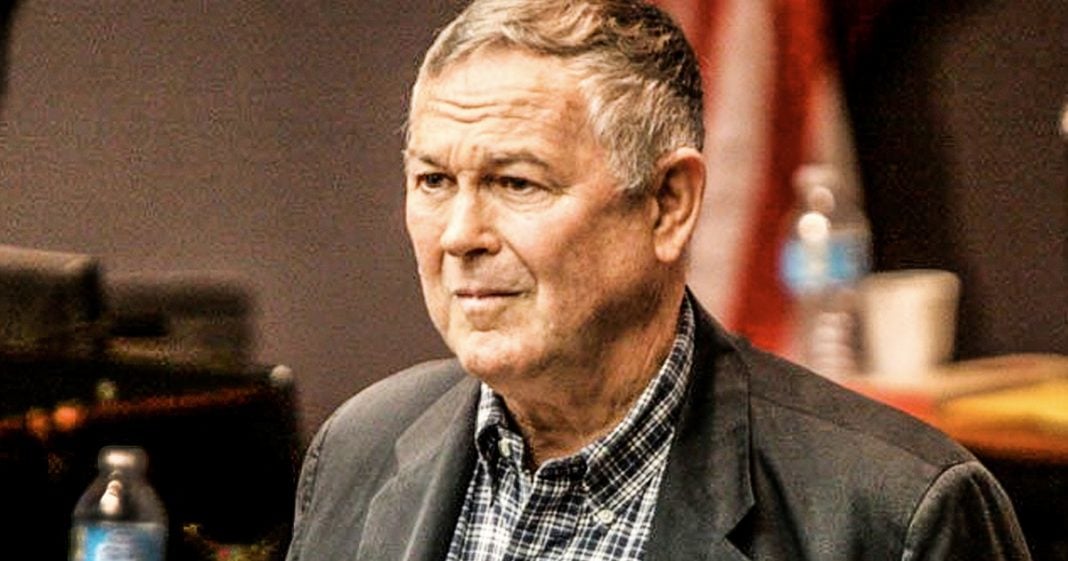 Republican Representative Dana Rohrabacher said that he thinks people should be allowed to refuse to sell their homes to gay people, a statement that Rohrabacher probably thought would drum up some hardcore right wing voters. But instead, he found himself losing endorsements and campaign money, and now he could very likely lose his seat over his hatred. Ring of Fire’s Farron Cousins discusses the immediate karma that Rohrabacher rightfully experienced.

During a recent meeting with the Orange County Association of Realtors, 15-term GOP congressman Dana Rohrabacher said that homeowners should be able to discriminate against people they want to sell their homes to, specifically the LGBTQ community. He believes that if you don’t agree with the LGBTQ lifestyle, you should be allowed to discriminate and not sell your home to those people because you don’t like them. See, Rohrabacher thought that this statement was going to play well amongst the Realtors Association in a very wealthy, conservative area, but as it turns out, it immediately backfired on him. This man got instant karma for his hateful talking points. He lost the endorsement of the Realtors Association, he’s going to lose all their campaign money, and now he finds himself, for the first time in 30 years, in a position where he may actually lose the primary and not even be his party’s candidate this coming November, all because he decided to go out there and put his hatred on full display, because he thought that in today’s atmosphere, under a guy like Donald Trump, that that was going to play well in California.

Yeah, I don’t know if you’ve been paying attention to what’s happening in this country, but yeah, there are some people who get drummed up by the hate, but there’s more people who get energized to go out and fight the hate than there are people to go out there and spread the hate. Perhaps Rohrabacher needs to turn on some news outlet that’s not Fox and understand what’s really happening in this country. But to his credit, though, shortly after making that comment, while still giving his little speech, he insisted that he’s not anti-gay. He loves the LGBTQ community; he just doesn’t want them to have any kind of equal protection under the law, and believes they’re lesser citizens, but other than that, they’re totally great people.

Rohrabacher actually has a history of being a hate-filled and anti-science individual. Here are some of the things. He’s opposed the Violence Against Women Act, so I guess he thinks it’s cool for men to go beat the hell out of women. He opposed the banning of anti-gay discrimination in the workplace, so he’s cool with employers discriminating against gay employees. He’s repeatedly voted to make same-sex marriage illegal, and he supports a constitutional amendment banning marriage equality, and he is also, of course, a climate change denier.

You know, you take any one of those little pieces of this Rohrabacher story, and it shows that this man is unfit to serve in Congress in the year 2018. But you put them all together, and you’re looking at the kind of person that easily could have won elections, say, in the 1850s, but we’re in 2018, right? We’re more modern, we’re more tolerant, we’re more advanced. But not people like Rohrabacher. People like him are holding this country back, and until we get rid of them, get them out of the public spotlight, get them out of office, and don’t let them ever touch the laws in this country again, then we can see progress. But until then, we’re going to be left with the same hate-filled individuals serving in Congress who prevent any kind of progress on equal rights in this country.