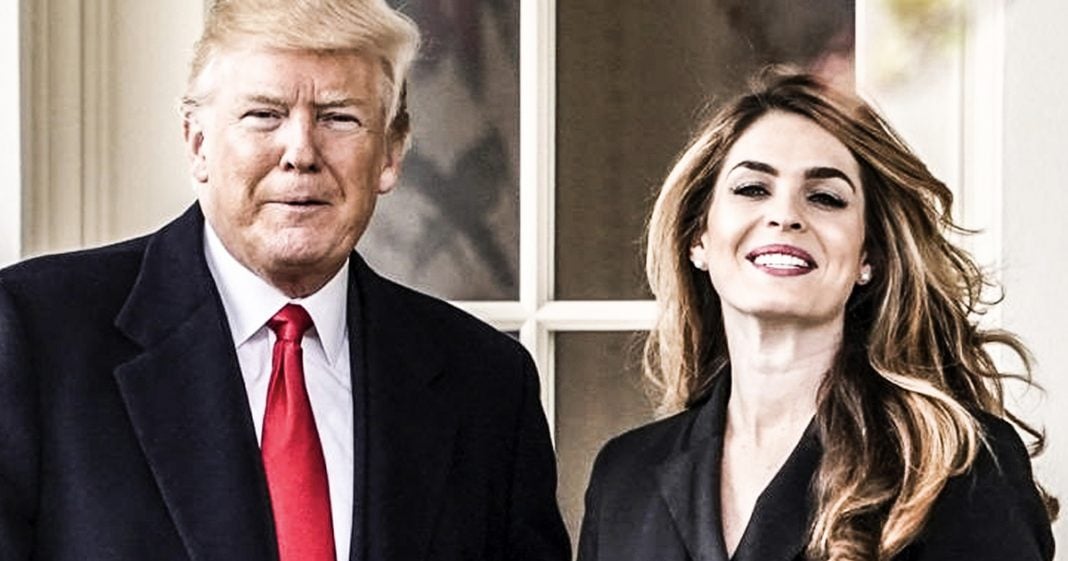 People donating money to the Republican Party this year might be interested to know that their money isn’t all going to candidates – some of it is being used to pay the legal bills of current and former Trump staffers. A new report shows that at least part of Hope Hicks’ $500,000 legal fees are being paid by the RNC, something most donors probably won’t be happy about. Ring of Fire’s Farron Cousins discusses this.

According to new reports, Hope Hicks, the former communications person, staffer, whatever the hell she actually was with the Donald Trump administration, she has received close to $500,000 from the Republican Party for her legal defense as being embroiled in all of the Donald Trump scandals, even though she’s no longer involved with the Donald Trump administration. She has received $451,780 from the RNC. The Republican National Committee has paid that much money to defend Hope Hicks and pay for her lawyers so that she might be able to keep herself out of prison.

Here’s the thing, that money is coming from donors all over this country who just want to support the Republican Party. They may not even be Trump supporters. Maybe they like Paul Ryan. Maybe they like Mitch McConnell. Maybe they just, you know, like Republican ideals, and there’s nothing wrong with that. They give money to the RNC hoping that maybe it’s going to go to a candidate that they like, but instead it’s going to pay the legal bills of these people who may have committed criminal actions as part of the Trump administration.

Hope Hicks is not the first or only person to be receiving this money. Hundreds of thousands of dollars from the RNC over the last 12 months has gone towards paying the legal fees of members of the Trump administration. Not only are they screwing over the people who are giving money to Republican Party, they’re also starving needy candidates of necessary campaign funds to help stave off the potential blue wave that may be coming in November.

Now, to be honest, I love this. I hope the RNC doubles down on it. Let’s not just pay $450,000 for Hope Hicks’ legal fees, let’s pay 900,000. Let’s get her even more lawyers. Let’s get her the best lawyers. Hell, let’s throw in like $80 million and try to make some kind of Frankenstein of Johnnie Cochran to come back from the dead to represent her. Throw in all of the money that you have ever raised to represent these people from the Trump administration. That would make me happy. You know why? Because then you’re not going to have any cash left on hand to go run your stupid ads against Hillary Clinton, who’s not even running this year, even though that’s what most of the campaign ads Republicans have put out this year are about. Instead, you’re going to blow all your cash for people who are in no way going to be able to shake this criminal investigation that’s going on. It is a lost cause. But if you’re willing to throw your money down that hole, I’m not going to stop you.