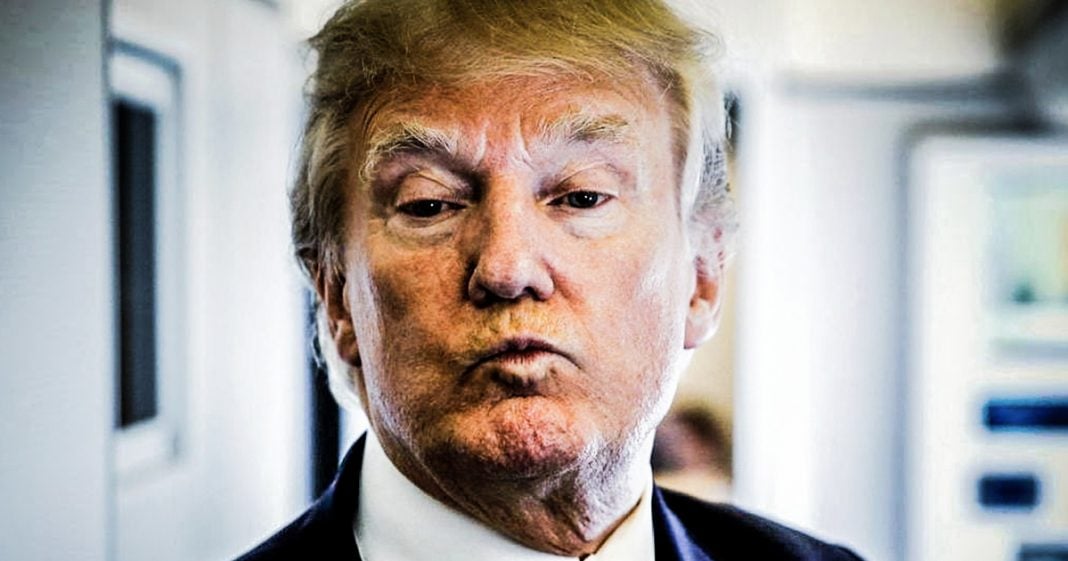 The editor of the satirical news site The Onion recently spoke to Politico where he admitted that they are having trouble covering certain aspects of the Trump administration because so many of their policies are so close to being satire themselves. The editor also took a few shots at the non-satirical media for failing to do their job and cover some of the bigger issues with the Trump administration. Ring of Fire’s Farron Cousins discusses this.

One of the more interesting things about the Trump Administration is the fact that a lot of people have been saying for the last 15, 16 months that everything they do is like satire. It makes work hard for people at Saturday Night Live and even The Onion to criticize them and make fun of them because of the craziness that’s happening within this administration. That is exactly what Chad Nacker, the editor of The Onion, recently said during an interview with Politico. He admitted that they are having quite a bit of trouble satirizing the Trump Administration, because everything they do already feels like satire. For example, when they come out and say that we’re going to let people, corporations, pollute more and kill more people.

Those are the kind of headlines that The Onion would have run during the Bush Administration to make fun of their pro-corporate, anti-consumer EPA, and FDA, and all of those things. But now, how do you top that? How do you top the fact that this administration is doing the exact same thing that The Onion used to write about Republicans doing because it was a little too extreme and everybody could have a good laugh? Nacker admitted that yeah, it’s a challenge to satirize when people are this crazy, which is exactly what we’re dealing with from the Trump Administration, but if you read further into this interview that they have on Politico, he also makes a really, really great point about the media, the non-satire media out there. They’re failing in doing their job. They’re not telling the American people the entire story. They’re too unwilling to call Donald Trump a liar when he clearly lies to the American public. They want to call it an untruth, or they want to say that he changed his position on a fact. That’s a lie. That’s what that is, but they won’t call it that.

Nacker also says that they’re spending too much time talking about the nonsense stories, which is exactly what Donald Trump wants, because the more they’re out there talking about a stupid thing that he said, or the fact that he accidentally called Melania Melanie in a tweet, the more they talk about that, the less they talk about the Mueller investigation, the less they talk about the story with Jared Kushner and Qatar, the less they talk about Trump Jr., and Russia, and Saudi Arabia, and the United Arab Emirates. Those are tough stories to understand, so if they don’t have to go out there and sell those stories, they can instead say, “Hey look, Trump accidentally called his wife Melanie in a tweet. Isn’t he an idiot?” Yeah. Trump wants that distraction. Even though it doesn’t make him look great, it doesn’t make him look as bad as covering the actual scandals of this administration would.

That’s what the editor of The Onion has to say. Not only is it damn near impossible to satirize this administration because they’re so crazy, but the media is falling over themselves trying to cover every stupid thing this president does while ignoring the biggest stories. Once again, it’s very sad that we have to turn to satire, to comedians, late-night talk show hosts, in order to finally get some real, honest answers about what’s happening in this country.