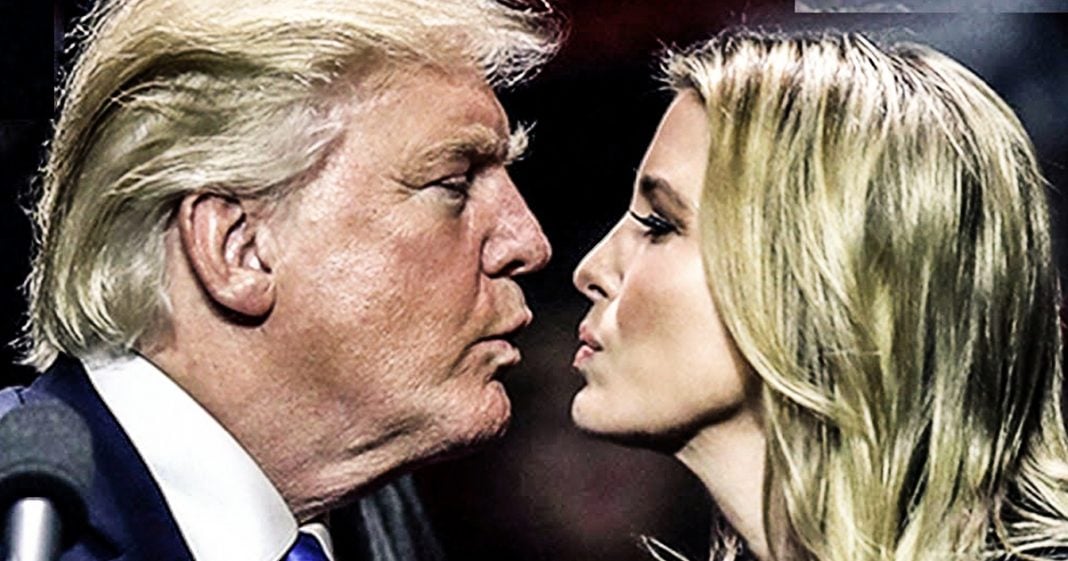 According to radio host Howard Stern, Donald Trump once rated the appearance of his daughter Ivanka as “a ten,” continuing the long thread of creepy things that the President has said about his own daughter. Conservatives may agree with his policies, but how in the world can they think that its ok for a guy like Trump to fetishize his own daughter? Ring of Fire’s Farron Cousins discusses this.

According to a recent interview between Howard Stern and David Letterman for Letterman’s Netflix program, Howard Stern recounted a conversation that he had with Donald Trump where he asked Donald Trump to rate some of the best looking women in the world or at least tell him who some of the best looking women on this planet are. You know, according to Howard Stern he didn’t talk about Angelina Jolie, but instead he wanted to talk about his own daughter, Ivanka, whom he called a 10.

A perfect 10 is how he described his own daughter when talking about some of the most beautiful women in the world. Now listen, as a father I have a very young daughter. She’s beautiful. She’s great and she’s wonderful. If somebody asked me to list the hottest women in the world, yeah, I’m not going to say my own daughter ever. Why? Because that’s creepy as hell.

I don’t understand why conservatives are so okay with this, because this isn’t the first time. Donald Trump has sexualized his own daughter repeatedly over the course of that woman’s lifetime. I mean this goes back several decades of Donald Trump when his daughter was a teenager posing in poses that were sexually suggestive and inappropriate for a father-daughter relationship, repeatedly making comments about what a great body she has.

If you are looking at your daughter and saying, “She has got a great body,” there is something wrong with you. That’s let’s call the authorities level of creepy. Normal fathers or mothers or whatever don’t look at their children and think that they’re sexy. That is indicative of some kind of problem, and again, conservatives seem perfectly fine with this.

They have no problem with Donald Trump sexualizing his daughter. They get on Twitter and they’re like, “Well, she is beautiful.” She’s attractive, yeah, but that’s not okay for a daughter to go out, for a father to go out there and say, “She’s a perfect 10,” or, “Damn, she’s got a good body. Look how hot she is.” That’s inappropriate behavior and it all, all of it just points back to the fact that there is something mentally wrong with the President of the United States.

Again, this isn’t a one off thing. Trump has been doing this to Ivanka Trump for decades. Something needs to be done here, whether it’s a full psychological evaluation of the President, maybe an MRI or a CAT scan to see if there’s some kind of growth in his brain that needs to be taken out, but either way, everything this man has done points to the fact that his brain is not working properly.